Policy makers should address the psychological needs of the soldiers 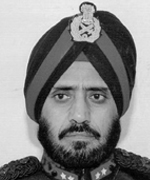 Before the 1971 war started, those under training at the National Defence Academy/ Indian Military Academy (NDA/IMA) were hoping that their training would be cut short and they would be sent to join the war. None of those fancy ideas fructified and the training continued uninterrupted. When the cadets were proceeding home in the military specials following the term break, they were swarmed by the public and given a hero’s reception that encompassed many young ladies who ended up marrying army officers, much sought after in the Eighties! Same was the case with the soldier from villages across India. Getting into the armed forces was no less than scaling Mount Everest.

With economic growth, the scenario has changed. There is a psychological shift. Despite the 18 per cent deficiency in the officer’s ranks, the news that the shutters are coming down on OTA Gaya for lack of intake is a pointer in this direction. So, why is there a change?

The families that took pride in sending their wards to the army have shrunk. Besides, the families of serving officers spend years in temporary housing and are required to replant their roots frequently. When the spouses in the civvies street say goodbye to their husbands out on a business trip, they know that they would be back after a few days or a week. The spouses from the services know that their husbands would be out for months/ a year and even longer. Not to discount the lack of communication and the fear of losing them in the line of duty.

To gauge the mind of a lady who’s staying alone with her children while her husband is out in a warlike mission would be even beyond the imagination of the stargazers!

It was in the mid-Nineties. A lady lived alone in a rented accommodation with her teenage daughters, while her husband was out commanding an infantry battalion in the insurgency-prone area. One evening, the lady got a call that the second-in-command of the battalion wanted to talk to her. But the call was disconnected. Why did the second-in-command want to talk to her, the lady wondered? She had no way to find out if her husband was well. She sought the help of an officer serving at the Army Headquarters. It was after four hours, at midnight, when she got to know that it was a wrong call and her husband was fine.

Those four hours seemed like eternity, and during this period she lived four lives. Relieved, she continued with the routine to keep the family anchored securely and safely in the absence of her husband.

There are many such unsung and unknown stories of army wives who have carried on with their lives even after losing their husbands in the line of duty. Many of these ‘Veer Naris’ have rebuilt their lives in the memory of their husbands and have protected their families with bravery and valour, no less than the one shown by Maharani Lakshmi Bai.


Now, even with the proliferation of mobile network, most of the forward posts remain incommunicado. When connected, the pressures of unsolved problems back home trouble the soldiers. Lack of apathy by the civil administration that often relegates soldiers’ problems has further compounded the problem, leading to reduction in intake and degradation in quality. A large number of defence personnel often wish to quit after the minimum pensionable service. There is an urgent need to reverse the tide.

There is an urgent need to address the psychological needs of our soldiers by our policymakers and politicians. A step in this direction will be the best tribute to our soldiers on Army Day.