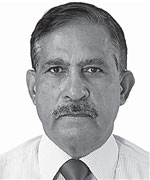 In 1962 India-China war, Indian leadership did not allow the use of the Indian Air Force (IAF) despite it being qualitatively superior to the People Liberation Army Air Force (PLAAF). It was feared that Chinese would use their long-range IL 28 to bomb our cities. Today, supported by superior comprehensive national power, China holds supremacy in technology and organic strength against India, but the IAF is well-matched with a geographical advantage.

In Tibet, China does not have any significant tactical advantage. The PLAAF particularly lacks in offensive punch due to location and higher elevation of its airfields and lack of airfield infrastructure. To offset this perception, the Chinese have deployed its Xian H-6 strategic bombers at Kashgar and Hotan air bases in Tibet which carry both conventional and nuclear payloads. These are, however, unsuitable for use in the TBA and far deep due to their vulnerability. It is a license-built version of Russian TU16. Several variants have been developed by China for different roles such as air reconnaissance, land and sea attacks and as a strategic nuclear bomber. China is currently using 120 of them.

Unlike American stealth designed B2 spirit, the Chinese bomber by its large radar signature and relatively lower speed range would be vulnerable to the Indian air defences but, in odd case, it may sneak through supported by electronic warfare (EW) system or/and through Pakistan occupied Kashmir (POK)/ Pakistan and threaten even far deep up to its strike range of 3,500km practically covering whole India. Because of its vulnerability, it is not expected to be used routinely but, for specific missions. It is almost certain that any PLA’s armed conflict with India would remain in the conventional domain and PLAAF’s deployment of H-6 bombers in Tibet are mainly for exerting psychological pressure on India.

Thus, H-6 by itself does not pose any significant threat. The threat dimension would significantly increase when Chinese H-20, a stealth bomber under development by Aviation Industry Corporation of China (AVIC) becomes operational by 2025. So, we cannot remain indifferent to future developments of H-20 which would be a large, subsonic stealth bomber, similar in form and appearance to the American B-2 Spirit, as well as the projected Russian PAK DA. H-20 is expected to make its first appearance in November this year. This means that its availability for the operational use should be still few years away if one is to interpolate the first appearance of J-20 fighter in 2011 and its achievement of operational status by 2017.


H-20 like H-6 would be subsonic but its stealthy design could enable undetected penetration of the defended air space. With reported range of 8,500 km and payload of 45 tons, it will threaten nations located within first island chain. So, India and large part of the Indian Ocean Region (IOR) will be within its strike range.

It is ironical that India after Independence operated three squadron of vintage American heavy bomber B-24 Liberators (No 5, 6 and 16 sqns), about 37-42 aircraft, which were salvaged by Hindustan Aeronautics Limited (HAL) from the damaged and unusable inventory left behind by Royal Air Force (RAF) when they left India. Liberators, which had been extensively used in the World War II as heavy strategic bombers by the allied forces, remained in service with the IAF till 1968 and were replaced with Canberra B-57 bombers.

Canberra, a medium bomber remained in the IAF’s inventory until 2007 when it was retired after nearly 50 years of service. These were employed for the photo recce (PR) and bomber roles. These participated both in 1965 and 1971 wars and achieved several laurels and awards. After their retirement, the IAF did not seek any replacement, primarily for three reasons:

Two, the air defences equipped with better radars and weapons by then had become formidable and Canberra class of aircraft was an easy target due to its radar signature and subsonic speed.

Three, India has never invaded any country and assessed our interests lie in self-defence for which Bomber, which is an offensive platform, is not required. We clearly had never anticipated the challenge now posed by our northern neighbour.

Strangely, in the past, China was not reckoned in threat calculations in spite of the fact that apart from bolstering Pakistan, it has opposed India at every international forum. The reality is that the developed Industrial Eastern part of China is out of range of Indian fighter bombers, except when air refuelled which is nearly impossible to accomplish in the general hostile area.