The draft DPP 2020 serves stale wine in a new bottle

Once upon a time when the Indian economy held the promise of 10 per cent growth and no dream seemed too far-fetched, an Indian representative of a US-based defence company blamed the defence procurement procedure (DPP) policy for the inordinately slow pace of procurements. Worse, he pointed out, India was not even getting the commensurate ‘bang’ for the ‘buck’ it was spending. 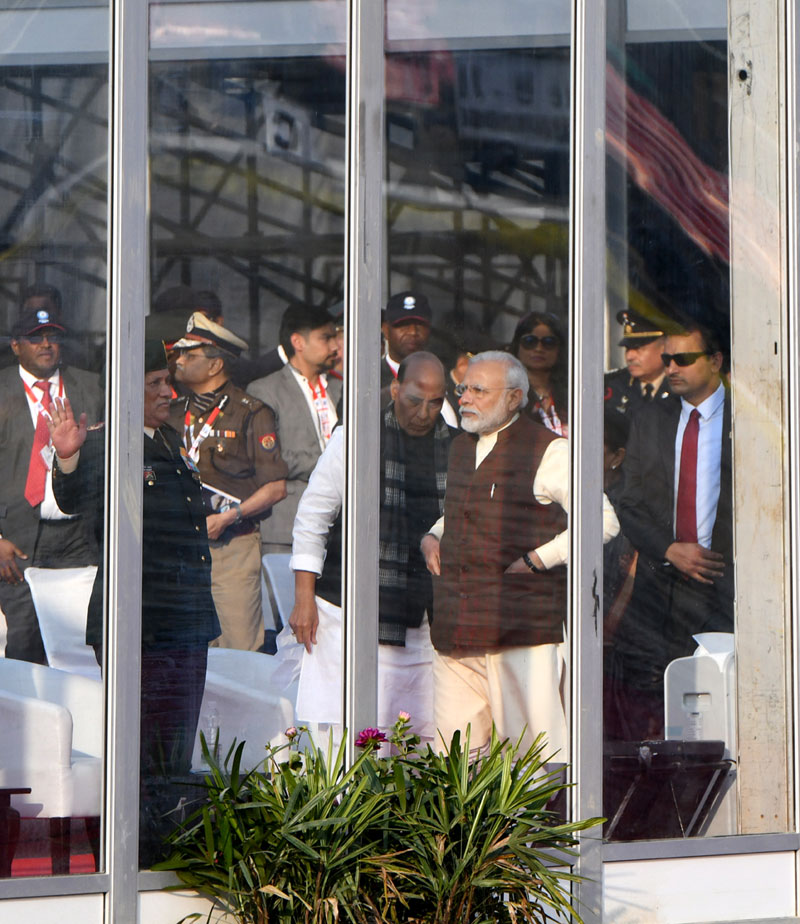 In simple terms, despite paying through its teeth for weapon systems and platforms, not only was India getting mostly the previous generation of equipment (or those approved for exports, hence lacking the latest technologies), it was also not getting the knowledge or know-why to imbibe the learning from the equipment purchased. As a result, despite decades of license-production, no Indian company had the capability to design and develop a similar equipment/ platform.

According to him, there were three problems. One, nobody in the ministry of defence (MoD) had seriously considered issues specific to India. The DPP, when it was first framed in 1992, was a patchwork, picking on ideas from all over the world. These were super-imposed on Indian conditions, unmindful of our native peculiarities. Hence, what we had was a policy that met none of the Indian objectives; and satisfied neither the user (the defence services), nor the provider (the original equipment manufacturer). Worse, it did nothing to kickstart the indigenous defence industry.

Two, over the years, as the MoD repeatedly revised the DPP—in 2002, 2003, 2005, 2006, 2008, 2011, 2012 and 2016—it simply added layers to the existing policy, creating new categories for purchase of defence equipment without undertaking reforms that could have made the outright purchases contribute to the indigenous defence industry through genuine transfer and gradual absorption of technology. Ironically, the revisions to DPP merely created labels for the manner in which India had been buying equipment since Independence.

From off-the-shelf purchase (second-hand aircraft carrier and fighter aircraft from the UK, fighters, helicopters, guns, tanks and submarine from Russia, fighters and helicopters from France etc), to buying of design (Leander class frigates from the UK which became the primer for the Indian Navy’s earliest Nilgiri class of which six were built by Mazagon Docks Ltd), license production under technology transfer (Chetak-Cheetah helicopters, Milan anti-tank missiles, a range of radars, submarines, Su-30MKI fighters etc) and joint ventures (BrahMos cruise missile), India has done it all.


That is the reason when Prime Minister Narendra Modi announced ‘Make in India’ with a wizard-like flourish in 2015, one of the India head of a French company shrugged and said, “But we have been making in India for 30 years.” The map of India behind his desk was marked with flags denoting areas where his company had independent manufacturing units, collaborative ones with Indian partners, supply chain networks and engineering or research centres.

“In fact,” he added, alluding to the Indian supply chain which feeds his company’s factories in France and elsewhere, “We have been exporting from India.”

Three, government of India does not treat defence industry as a commercial enterprise. For all the slogans, it is a political, and now, a foreign policy, tool which is exercised from time to time to meet objectives other than those of the defence services and the industry. This is the reason the government, irrespective of the political party, remains distrustful of the private sector industry and continues to protect the public sector, never mind its level of competence and poor history of deliverance. At least, this is the sector it can completely control.

Many years have passed since this conversation. Many more amendments have been made to the DPP. Yet, more labels the government adds to the procedure, more complex it becomes. And that’s the antithesis of ease of doing business in India.

On 20 March 2020, defence minister Rajnath Singh issued yet another draft of the DPP in validation of the adage, the more things change, more they remain the same. The biggest highlight of the draft DPP 2020, according to the Press Information Bureau (PIB) handout is greater emphasis on indigenisation. Speaking at the unveiling, defence minister Rajnath Singh said, “Our aim is to make India self-reliant and a global manufacturing hub. The government is constantly striving to formulate policies to empower the private industry including MSMEs in order to develop the eco-system for indigenous defence production. The defence industry of India is a strategically important sector having huge potential for growth. It needs to be the catalyst for India’s economic growth and realisation of our global ambitions.”

Towards this end, the draft DPP has tweaked the various procurement categories aimed at increasing the indigenous content in each by 10 per cent. A new Buy (Global – Manufacture in India) category has been introduced in which a limited quantity can be bought off the shelf and the remaining are to be produced locally with at least 50 per cent or more indigenous content; say like Su-30MKI, Jaguar, Hawks, Kalvari class submarines, albeit with greater Indian content. Clearly, for all the claims, the above-mentioned platforms have had less than 50 per cent Indian content.

The earlier ‘Make’ category has been renamed as design and development (D&D), perhaps to emphasise upon the fact that this refers to platforms/ systems designed and developed in India from scratch, even though they can have up to 50 per cent imported content. The D&D category has been sub-divided into Make-I, Make-II and Make-III. The first of these refers to programmes which the government of India funds. However, the percentage of funding has been reduced from 90 to 70.

The Make-II will comprise programmes whose development is funded by the Indian industry, which implies mostly the private sector. Heeding the long-pending demand of the private sector, the MoD has allowed for a single vendor situation, provided the wares on offer are unique, state-of-the-art or pertains to either aero engines or computer chip-making. 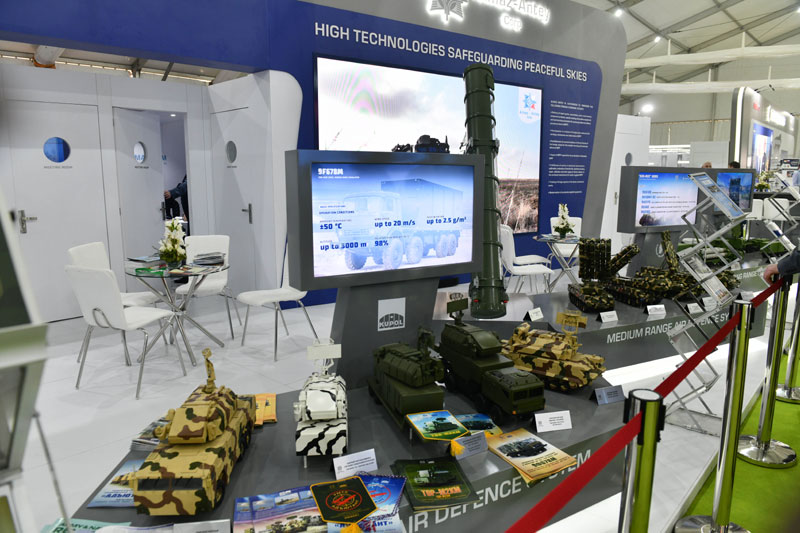 License-production or indigenous development of sub-assemblies, small components—mainly for spares and product support—as import substitution will fall in the Make-III category. These assemblies/ sub-assemblies can be produced under transfer of technology from the foreign original equipment manufacturer (OEM). However, they must have at least 60 per cent indigenous content.

Explaining the emphasis on greater indigenisation, Singh said at the unveiling, “With the experience gained by the industry and the MoD, it is now time to take further steps to strengthen ‘Make in India’ initiative, refine Life Cycle Support of procured equipment and platforms and hasten the defence acquisition process by further simplifying the procedures and reducing the overall procurement timelines.”

Yet, ironically, the draft DPP has also created ‘Leasing’ as a new category of procurement. According to the PIB release, “Leasing has been introduced as a new category for acquisition in addition to existing ‘Buy’ & ‘Make’ categories to substitute huge initial capital outlays with periodical rental payments. Leasing is permitted under two categories i.e, Lease (Indian) where Lessor is an Indian entity and is the owner of the assets and Lease (Global) where Lessor is a Global entity. This will be useful for military equipment not used in actual warfare like transport fleets, trainers, simulators, etc.”

The Indian armed forces are not strangers to leasing. The Indian Navy’s nuclear-powered submarine INS Chakra has been leased from Russia. Leasing, both dry and wet, are established procurement practices worldwide. Indian paramilitary forces have also toyed with the concept of wet lease for helicopters and tactical unmanned aerial systems (from Indian vendors of course). But the Indian armed forces have not favoured this model primarily because in the event of a war, they would like ownership of the platforms they use – and certainly no strings attached.

However, clearly the government is conscious of the fact that the economy is not likely to grow anywhere close to 10 per cent for the next few years. The dreams have to be cut according to the cloth available. Also, the official sense is that India is not likely to fight a full-fledged conventional war, at least in the short-term; and who knows what kind of war it may be forced to fight in the long term. In the short term, what it may encounter are multiple low-grade conflicts (with Pakistan) below the level war. Hence, it needs only that, which is required to create a momentary dazzling effect.

Given this, the government logic seems to be ‘why block the money in equipment which may not really be required’. Hence, the draft DPP has institutionalised a practiced that was resorted to because purchase was not possible due to international regulations, as in the case of INS Chakra. For all its virtues, leasing of high technology platforms, like simulators, flight refuelling aircraft (with its flying boom or drogue system) etc., implies that Indian industry would miss the learning curve on these technologies which may impact on other things as well. If despite license producing fighter jets, aero engines, anti-tank guided missiles for decades, Indian public sector has not been able to build a single indigenous system, then it is not unreasonable to presume that without hand-holding Indian industry would not be able to develop these technologies.

The MoD has also removed domains like civil aerospace, homeland security, software development etc as options for offset disbursement. Also, global OEMs would be encouraged to meet their offset obligations through building of defence platforms in India instead of mere component. For this, a point system has been created. For instance, an OEM will accrue maximum points (4) if critical technology is transferred to Defence Research and Development Organisation (DRDO); and lowest point (0.5) if investment is made in ‘components of eligible products’. That level-playing field between public and private sectors remains in the realm of fantasy can be seen by these multiplier points. While technology transfer to a defence public sector undertaking will accrue 3 points, to a private sector will earn the OEMs only 2 points.

Curiously, the draft DPP remains silent on the critical issue of foreign direct investment in defence, which remains subjective and to be determined on a case to case basis. The fact that till date no investor has been approved of for controlling rights in a joint venture enterprise is testimony to the fact that the government is still wary of meaningful reforms. This is also reflective on the way that after all these years, DRDO remains the behemoth it was—no technical audits have taken place. And the private sector remains on the periphery of defence manufacturing despite the strategic partnership model which was touted as the gateway to equal participation (see http://forceindia.net/cover-story/dark-end-tunnel/).

As the following articles show, forget programmes under Strategic Partnership model taking off, even competitive tendering has been on a slow-burner. In a complete negation of both greater self-reliance and ‘Make in India’, the government has been buying defence equipment off the shelf and through government to government contracts. Clearly, the gap between intent and action remains. It cannot be bridged until the government starts listening to the stakeholders, including the defence industry, both private and public. Only then can a policy evolve that addresses the needs of the Services and the concerns of the industry.