Despite their criticality, amphibious operations remain a challenge for the Indian military 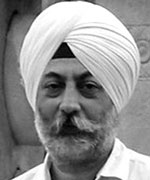 The Indian Ocean is the third-largest body of water in the world dominated geographically by India. No other nation dominates an ocean in the way the great Indian peninsula does, projecting over 2,400 kilometres ‘into’ the ocean. This gives India the coastline of its 7,517 kilometres and the ability to dominate not only the Arabian Sea to the West and Bay of Bengal to the East but the Indian Ocean in the south as well.

India has over 1,000 islands and atolls that along with its long coastline give her a huge Exclusive Economic Zone (EEZ) of 2,305,143sqkm. Around 95 per cent of India’s external trade passes through the sea. It is not surprising that it is important for India to dominate the seas around her and see it as ‘her’ Ocean. This view had been propounded even before independence when K.M. Panikkar had argued in 1945 that ‘while to other countries, the Indian Ocean is only one of the important oceanic areas, to India it is the vital sea. The Indian Ocean must therefore remain truly Indian,’ i.e., India’s Ocean.

With such views it would have been expected of India to have focused on building its navy after 1947 to take its rightful place as the dominant maritime force in the Indian Ocean. And given the large number of islands and their spread one key component was to have a credible capacity to undertake amphibious operations but the continental view inhibited navy’s growth. The official view, as enunciated by Prime Minister Jawaharlal Nehru, was that ‘we have to concentrate more on the other defence arms. The navy should be small but highly trained and capable of expansion when the time comes for it.’

It was not that India was alone in neglecting to build up its amphibious capabilities in late 1940’s. Almost at the same time, as United States armed forces was still reorienting itself for its role and missions amidst large scale dismantling in the new world order, United States Marine Corps found itself in the cross hairs once again as it was singled out for being largely redundant. In October 1949, Chairman of the Joint Chiefs of Staff Omar Bradley, had famously said that ‘large-scale amphibious operations... will never occur again.’

What are Amphibious Operations?

Amphibious operations are commonly defined as ‘military operations characterised by attacks launched from the sea by naval and landing forces against hostile shores’ while the Joint Operations 3-02 Amphibious Operations manual issued by the Joint Chiefs of Staff defines them as:

‘An amphibious operation is a military operation launched from the sea by an amphibious force (AF) to conduct landing force (LF) operations within the littorals. The littorals include those land areas (and their adjacent sea and associated air space) that are predominantly susceptible to engagement and influence from the sea.’