Far from initiating genuine reforms, Gen. Rawat has been tinkering with structures that actually worked 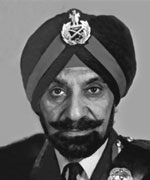 The proposal for adopting the Chief of Defence Staff (CDS) system was first fielded by Lord Louis Mountbatten, then governor general of India. He had first-hand experience of a unified command (consisting of army, air force and navy) as the Supreme Allied Commander. His proposal, however, was cold shouldered by Prime Minister Jawaharlal Nehru.

In 1977, Maj. Gen. M.L. Chibber (who later became a Lt Gen. and retired as director general military operations) wrote a letter to Mountbatten asking about his proposal for the CDS. Mountbatten wrote back to him saying, ‘…although Prime Minister Nehru agreed with me in principle, he said it would be difficult at this moment to get through the appointment of a CDS as it would give to the Indian politicians the idea of perpetuating the idea of the great “Commander in Chief in India” of whom the last one, of course, was Field Marshal Auchinleck. He did, however, agree to reconsider later.’

Meanwhile, Mountbatten and his chief of staff Lord Ismay continued to work on the idea, despite opposition from both Nehru and Krishna Menon, who was the defence minister.

In the same letter mentioned above, Mountbatten wrote, ‘I should perhaps add that the last time Nehru stayed with me here at Broadlands before the Chinese invasion on the North East Frontier, I urged him to appoint General Thimayya to be the CDS right away as I could see trouble brewing up. He liked Thimayya immensely and was no longer opposed to the idea of a CDS provided it could be got through the Minister of Defence, at that time our mutual friend, Krishna Menon. He said Krishna was so bitterly opposed to Thimayya and, indeed, all the really intelligent independent senior officers such as Muchoo Chaudhuri, that he was sure he could never get Krishna to agree…

‘I warned him that if war came the Indian Army would suffer a quick defeat. He said there was no question of there being a war as India wished to be at peace with everybody. To this I replied that it took two sides to decide whether there would be a war or not and if either China or Pakistan were to invade, they would have a war on their hands.’


During the 1947-48 Kashmir war, there was some degree of coordination, essentially because of the lingering effect of World War II. However, during the 1962 war against China, Indian Air Force stayed out. At the same time, Nehru pleaded with the President of the United States (through two letters) for despatch of fighter aircrafts to support India Army’s operations against the Chinese.

Three years later, in the 1965 war against Pakistan there was little air support for ground operations. The IAF spent time chasing what it called, ‘air superiority,’ or what later came to be known as, ‘favourable air situation.’ The IAF told the army that it should not expect any air support during the first seven days or so, because during this period it will be fully committed to winning the air battle. The relevance of such a policy in an extremely short war is suspect.

In an article published in the Tribune newspaper in July 1969 (quoted by Lt Gen. Harbaksh Singh, highest field commander during 1965 war, in his book, ‘War Dispatches’) AVM K.L. Sondhi wrote, “The manner and circumstances under which the IAF went into action in 1965 in the Chhamb Sector are illustrative of the political hesitation that delayed the decision on the deployment of the IAF… This also exemplified IAF’s half-hearted participation before the desperate reaction of Pakistan’s Air Force…, but the IAF missed a rare opportunity to demonstrate fully to the Indian Army that it exists otherwise than being a fighting service for its own good.”