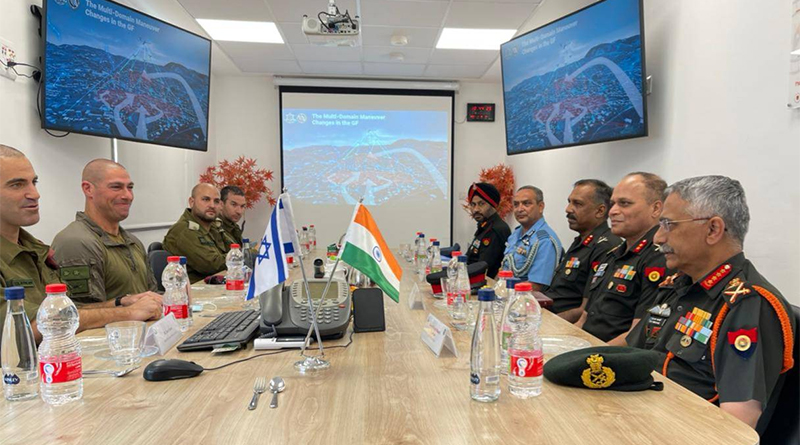 Chief of Army Staff, Gen. M.M. Naravane, who is on a five-day visit to Israe, visited the Special Operations unit of Israel Defence Forces on 15 November. He was briefed on aspects of the conduct of counter-terrorism operations, special weapons and equipment.

On the first day of his visit to Israel, Gen. Naravane received a Guard of Honour at Latrun, Israel.