A recent book, India’s Bravehearts, by retired Lt Gen. Satish Dua whose high point is the 2016 ‘surgical strikes’ in Pakistan Occupied Kashmir which the author claims were planned and executed by him got me remembering the day they were announced to the world.

That afternoon (29 September 2016), I got a call from the opinion page editor of Times of India asking if I could send my article commenting on the big news of the day. Indian Army’s director general military operations, Lt Gen. Ranbir Singh had told a hurriedly called press conference a few hours ago that the army, based on ‘accurate intelligence received yesterday’ had done ‘surgical strikes at terrorists launch pads’ on the night of September 28-29. With unspecified numbers of terrorists killed, and no casualties to own troops, Pakistan had been informed of the operations and told that the Indian mission was over. Ranbir Singh, sharing platform with external affairs spokesman, signalled that the operation was being projected to be big and was done with the full knowledge of the Prime Minister’s office.

What Ranbir Singh said did not make sense. Surgical strikes are done against legitimate military targets (in this case Pakistan Army), with minimal collateral damage, and demonstrative impact at strategic (policymaking) or operational (warfighting) levels. Being a ‘shock and awe’ operation, which demonstrates the doers’ political will and military readiness, it leaves the enemy stunned by the opposite sides’ audacity. The enemy gets to know immediately when such spectacular military strike is done, and is left wondering: What next? Successful surgical strikes are done best by use of air power to hit where it hurts.

Given this, why would India tell Pakistan that its mission was over, unless it wanted to convey its unwillingness or unpreparedness for an escalation?

While questioning if surgical strikes had indeed been carried out, I wrote that India should expect a heavy and disproportionate counter response from the Pakistani side. After all, Pakistan’s successful proxy war was predicated on its ability to meet India’s conventional war (counter-offensive) challenge. Surely, the Pakistan Army would not want its proxy war to be affected by the Indian action.

India’s argument that Pakistan, comparatively weak in conventional war capabilities, did the proxy war under nuclear overhang was nonsensical. For one, since possible operationalisation of Pakistan’s nukes happened around year 2000, how could the proxy war which started in 1993 be explained? For another, Pakistan military, irrespective of nukes, had always maintained and continues to maintain parity or near parity at operational or warfighting level of war with Indian military. The question then arises: Why Pakistan, unlike India, does not declare no-first-use policy? I got the answer recently from a Pakistani analyst, Rabia Akhtar, who said that Pakistan has no-nuclear-first-use policy. An unfamiliar phrase, this meant Pakistan’s nukes were for existential threat; to be used only in defence.


Thus, rounding up my article I cautioned India to be ready for an escalation. The day after, it was my turn to be shocked. My article was not published, and Pakistan said there was no surgical strikes by Indian Army; fire assaults, performed routinely by both sides, had been carried out. Technically, Pakistan was correct on use of the phrase surgical strikes. Watching television channels, it was soon clear the term was used to reap political benefits, and sadly, Indian Army top brass was complicit in allowing military force to be used for electoral gains. The people were seen congratulating one another on the Modi government’s boldness to teach Pakistan a lesson. The stock of army officers, especially of counter terror experts who could do another surgical strike, rose with adulation heaped on them by the people. Such was the euphoria, that Pakistan’s increase in proxy war in the following months leading to a spike in killing of soldiers and civilians, went unnoticed.

Foreign secretary S. Jaishankar’s statement made to the Parliamentary committee on external affairs on 18 October 2016, contradicting the defence minister, was underplayed by the nationalistic media. Reacting to the term surgical strikes, he said that the army ‘had carried out target specific, limited calibre, counter terrorist operations (across the Line of Control)’, adding that they were done in the past too, except this time the government had made them public. Emboldened by this, the Congress party went to town saying raids on Pakistani posts (which are closer to real surgical strikes) were done many times in the past under previous governments.

On the first anniversary of the strikes, the Modi government decided to celebrate its perceived victory by holding Parakram Parv exhibitions at 53 locations in 51 cities; Prime Minister Modi attended the exhibition at military station in Jodhpur. The unfounded euphoria seemed to have weighed on the conscience of Lt Gen. D.S. Hooda, the then northern army commander who had planned the operation. Talking with Republic TV on 30 September 2017, he confirmed the genesis and planning of the operations. 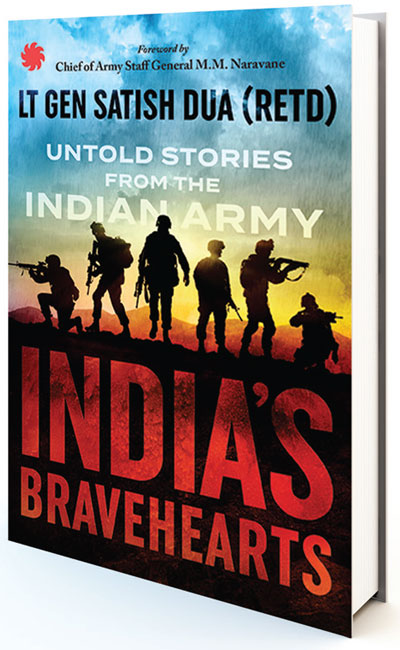 According to him, it all started with Indian Army’s successful counter-border operation in June 2015 against NSCN-K terrorists hiding in Myanmar by then 3 corps commander, Lt Gen. Bipin Rawat. The killing of about 38 terrorists in a flash operation got the Indian Army wondering what if the government asked it to do similar operations on the Line of Control against Pakistan. So, the two Special Forces regiments under northern command, were instructed to do training in Udhampur in the winter of 2015-2016. Once dastardly killings of soldiers of Uri brigade by terrorists happened on 18 September 2016, it was time to plan what Hooda called a ‘revenge operation’. Within hours, Delhi gave a go ahead for operations to Hooda allowing him to decide the plan, its execution and timing. By now, Rawat, the hero of the Myanmar strike was in Delhi as the vice chief to Gen. Dalbir Singh, who did not mind Rawat talking over his shoulder to the political leadership.

The Hooda plan, which required Special Forces to cross the LC at multiple points across the Pir Panjal Range (covering both 15 and 16 corps zone of operations) to strike at launchpads (temporary place where terrorists converge for a limited time after training while waiting for infiltration) three to five kilometres across the military line, had ‘simplicity of purpose.’ Since Pakistan was not Myanmar, the planning, execution, and contingency arrangements had to be considered meticulously and secretively. How to extricate Special Forces teams if the Pakistan Army got wind of the operations? Should more Special Forces be sent across, or should the Indian Air Force be used for extrication of soldiers? To finalise many of these finer details, Hooda made three secret visits to Delhi in seven days where he met-up with the army chief and others (who he did not name).

As Hooda spoke, I was reminded of my longish conversation with Lt Gen. S.S. Chahal (retd) in April 2018. Chahal was the director general military operation during operation Parakram, when India ordered mobilisation of its army against Pakistan for 10 months on 18 December 2001. Between December 13, when the terrorists attacked the Indian Parliament, and issuance of mobilisation orders by the army chief, Gen. S. Padmanabhan, the army commanders were instructed to repeatedly fly into Delhi for meetings with the vice chief, Lt Gen. N.C. Vij. No written instructions were given, the Union war book which had procedural details for war was set aside, and everything was by face-to-face meetings. The idea was that Pakistan should not get wind of what Indian Army was to do.

Hooda seemed to follow the same drill. Once the finer details of the operation were cleared by Delhi, it was left to Hooda to conduct the execution. When asked, Hooda, with surprise on his face (for hype being created by the anchor) said he did not know if Indian Air Force bases were put on alert. Obviously, they were not, for it was a small operation. Hooda kept in constant touch with the commanding officers of the two regiments who did the execution. The launch was postponed by a day by Hooda and Delhi was kept in the loop. Finally, the Special Forces teams crossed the LC around ‘midnight of September 28-29 and in five-and-half-hours the operation was done; with all soldiers counted back. On return, the teams, first met with Hooda for debriefing. In the hour-long television interaction, Hooda, referred to it, many times, as counter terror operations. He made it clear that he was the planner and the two special forces regiments’ teams led by their commanding officers were the executors. Not once did Hooda mention Lt Gen. Dua who was the 15 corps commander or his counterpart in the 16 corps, both of whom were no more than facilitators privy to the plan on need-to-know-basis. Finally, Hooda remarked that ‘surgical strikes were overhyped and politicised.’ It was now left to defence journalists to glamorise the stories of valour of Indian soldiers; a team of two did well by writing a series of books on this which eventually translated into a web-series. A Bollywood movie was also made on it.

Given all this, why did Lt Gen. Dua, who retired as chief of Integrated Defence Staff and was responsible for fostering jointness among the three services (including training and procurements) write this book when he was neither a key player (Hooda was) nor bold enough to disclose what has not been said yet. According to him, his book, relying on information already in public domain was cleared by army headquarters before publication. This reduces the book to an army press release.

Worse, in attempting modesty, Lt Gen. Dua forgets that the term ‘surgical strike’ was coined by Lt Gen. Ranbir Singh in his press conference and not the media, which simply picked up the phrase given to it by the army. In trying to anoint himself as the author of surgical strikes, Lt Gen. Dua has only served to glorify counter terror operations. India is already paying a heavy price in Ladakh where the army was caught unawares by Chinese multi-prong attacks for tactical orientation of its senior officers. Sadly, India’s Bravehearts is a wasted opportunity.