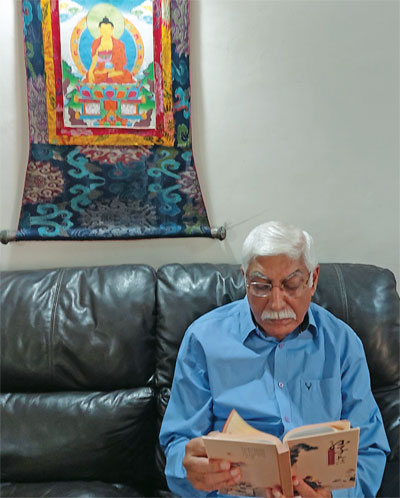 Books were and are still the only true companion of soldiers. In the early years of service we spend most of our time browsing and borrowing books from libraries and friends. Sanity during prolonged deployment on isolated posts whether in high altitude or counter terrorist operations was ensured by reading books at a pace that lasted till the arrival of the next consignment.

In later years, I insisted on all officers reading and reviewing books. During my various visits to posts, I would always carry books for the officers and magazines for our men. I also ensured that the libraries were well-maintained, stocked and remained open at times when all ranks could visit. With the advent of social media and time spent on smartphones, reading is no longer a preferred option for many. Thank you FORCE for starting this column, it is indeed a noble idea. Some of the must read for armed forces officers, according to me are:

DISTANT DRUM by Manohar Malgonkar was a must read for all joining my unit. The book is all about soldiering and leadership; the right and wrong way of command. How young officers are groomed by regiments and units, the ethos and values of leaders. Based on personalities and events which all can easily relate to, the book reflects the trials and tribulations experienced by the Indian Army during World War II, the Partition and post-Independence. ‘Once in a Regiment There are no Divorces’.

BRAVO TWO ZERO is a 1993 book written under the pseudonym ‘Andy McNab’.The book is a partially fictional account of an SAS patrol that gets compromised while operating behind enemy lines in Iraq, in 1991. The patrol was led by the author of SAS Commando. The book is a must read for all officers to comprehend the detailed planning and execution of special operations behind enemy lines. It highlights the importance of contingency plans and leadership qualities and human behaviour under stress when mission fails and death is certain.


ONE MOUNTAIN TWO TIGERS: INDIA CHINA IN THE HIGH HIMALAYAS is edited by Shakti Sinha. Driven by the on-going crisis along the LAC, 14 authors contribute a chapter each detailing the historical perspective of the relationship, the geostrategic construct, Boundary Question, India’s options and the way forward post-Galwan.

SPACE by James A. Michener. A novel by James Michener intertwined with true historical event describes in great length the origins and setting up of NASA leading to the American conquest of the vast unexplored frontiers of Space. The few determined men and women who made this possible fighting all odds. It is also a study on identifying and harnessing the mind and zeal of the bright sparks determined to achieve their mission.

THE ART OF WAR by Sun Tzu is a bible for military leaders; a treasure worth possessing. Sun Tzu is respected and regarded as the master strategist. There are over 20 versions of the book. Sun Tzu explains his opinions in 13 parts from Making Assessments, Waging War, Attacking by Stratagem, Disposition, Momentum, Weakness and Strength, Contest to Gain Initiative, Varying the Tactics, Deploying Troops, Terrain, Nine Regions, Attacking by Fire, Using Spies etc. Each chapter is valid till date.

(The writer is a former Director General Military Operations) 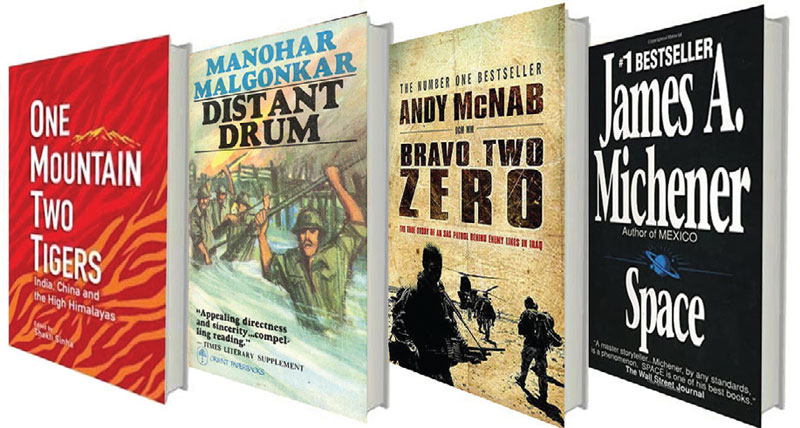