How Russia’s invasion of Ukraine has created geopolitical uncertainties. An extract 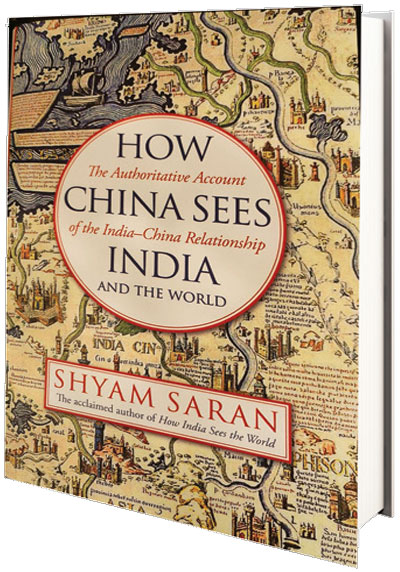 It is not clear how this war will end, but no outcome will qualify as a victory for Putin’s Russia. Russia was already a declining economy and a much-diminished power since the end of the Cold War. Its decline as a major power is likely to accelerate as a result of this war. This comprehensive and sweeping sanctions imposed on Russia by the US and the Western countries in general have literally unplugged Russia from the global economic and financial system. In geopolitical terms, Russia has, by its aggressive actions, triggered a degree of unity and cohesion in Europe that is unprecedented.

For the first time since the end of the Cold War, European countries will be spending much more on their own defence. The US has led the Western response through its own severe bilateral sanctions on Russia and also through a global diplomatic offensive to isolate Russia internationally. This has created a dilemma for countries friendly to Russia, including India and China, but much more so for China, which, just weeks before the invasion had signed up a Sino-Russian strategic partnership with ‘no limits’ and had declared that there were no forbidden areas for cooperation between the two countries.

For India, its relationship with Russia is still important, but mainly as a source of certain categories of high-end defence technologies, such as nuclear submarines and the S-400 air defence system. But while the Sino-Russian partnership has been on an ascendant curve since the end of the Cold War, Indo-Russian relations have been on a steady decline. China and Russia have a convergent view of the evolving international situation which differs from India’s. India is part of the Quad with the US, Australia and Japan. Both China and Russia reject the Quad as an ‘Asian NATO’. China is much more exposed to risk than India on account of the Ukraine war because of its virtual alliance with Russia.

The US has declared in unambiguous terms that any attempt by any country to help Russia evade economic sanctions would lead to secondary sanctions against that country. What has become painfully clear is that whatever may be the perception of the relative decline in US and Western power generally, their dominance of the world’s financial system and currency markets provides them with unmatched leverage in a densely interconnected and networked global marketplace. This is the painful lesson which Russia is learning. This is the ominous threat that hangs over China, which has been warned explicitly that it would suffer serious consequences if it assists Russia in any way to mitigate Western sanctions. However, the West’s decoupling with Russia was relatively easy, since the latter was only peripherally connected to the global economy, except in the energy and resources trade. Chinese connections with Russia are denser and far more extensive. Disruptions to these connections will spawn damage all round and will therefore not be lightly considered. China has opposed the sanctions against Russia as a matter of principle, but in practice it is likely to comply with them wherever Chinese interests are closely tied with Western entities. For example, Chinese companies have declined to provide spare parts and maintained services to Airbus and Boeing aircraft in Russia’s commercial transport fleet, which has been grounded after support services were withdrawn by the European and US aircraft manufacturers. China has a very large number of these aircraft and also has servicing facilities in its own commercial fleet. China will not follow the West in imposing sanctions on Russia, but it is unlikely to violate them if that exposes its own economic entities to damage. But wherever the risks of retaliation by the US and Europe are manageable, we should expect China to support Russia, both politically and in economic terms.

In the early stage of the war, China vigorously refuted suggestions that what was happening in Ukraine had a parallel in its own situation related to Taiwan, which China claims as its province and reserves the right to use force to unify it with the Chinese mainland. China pointed out that while Ukraine was a sovereign and independent country and a member of the UN, Taiwan was already recognized as being a part of China by a large number of countries and had forfeited its membership of the UN precisely on these grounds in 1971. Therefore, any military move to reunify Taiwan with China would be in the nature of a domestic operation and would not constitute any violation of international law and the UN Charter.

There has been a later twist to this story. On 19 March 2022, Chinese Vice Foreign Minister, Le Yucheng, chose to draw a parallel with the Ukraine war and the situation in the Indo-Pacific region. He said the war in Ukraine was the outcome of the eastward expansion of NATO to encompass the former Warsaw Pact countries and its plans to extend membership to Ukraine, which shares a border with Russia. In the Indo-Pacific there was a similar situation, said Le Yucheng.

‘Going against the trend to pursue the Indo-Pacific strategy, promote trouble, put together closed and exclusive small circles and groups, get the region off course towards fragmentation and bloc-based division is as dangerous as the NATO strategy of eastward expansion in Europe. If allowed to go unchecked, it will bring unimaginable consequences and ultimately push the Asia-Pacific over the edge of an abyss… The real goal for the Indo-Pacific strategy is to establish an Indo-Pacific version of NATO.’

HOW CHINA SEES INDIA AND THE WORLD: THE AUTHORITATIVE ACCOUNT OF THE INDIA0CHINA RELATIONSHIP
Shyam Saran
Juggernaut, Pg 286, Rs 799