How the evolving counter insurgency doctrine played out during operations in Iraq. An extract 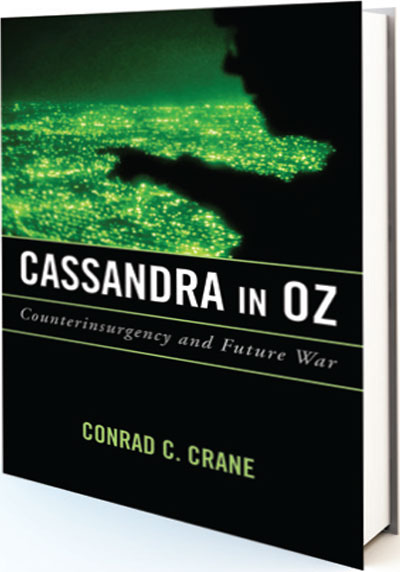 For me, the moment I truly realized the depth of competence in MNF-I occurred in the back of a Stryker armored combat vehicle on a dusty road in Diyala Province. I was traveling to another of my interviews in the company of two grizzled young sergeants, E-5s, and a new private first class on his first combat tour. The two more experienced soldiers, who still looked incredibly young to me were carefully teaching the rookie about how to know “when to turn the switch on and off,” how to determine when it was time to talk with an Iraqi or to be prepared to fight. Their discussion was incredibly nuanced, talking about everything from body language to local culture to broader political currents. Undergirding this situational sophistication was an intense devotion to the mission and each other.

It has been said that one death is a tragedy but thousands or a million are just a statistic. Because of the nature of contemporary combat in Iraq, as well as Afghanistan, with its small, deadly firefights and ambushes, every loss for a unit is a tragedy, magnified by the close connections between brothers and sisters in combat and long remembered. Division commanders we interviewed had always close at hand decks of cards or arrays of names that listed all of their subordinates killed on their watches, along with details like hometowns and surviving family members. Battalions who had occupied the same compound for any length of time had “walls of heroes” with names and pictures of the slain. Every commander could recount the names of their losses and how they occurred. Every soldier and Marine remembered the comrades they had lost. It is no wonder post-traumatic stress disorder is such a problem: every unit in Iraq was accompanied by ghosts lingering in collective memories. Yet at the same time, only rarely did those recollections lead to an overreaction that could compromise the overall mission. It is not surprising there were a few atrocities in Iraq; one of the objectives of chapter 7 of FM 3-24, recognizing the particular stress of COIN, was to prevent such acts. It is surprising there were not more. That there were not is a tribute to the immense professionalism of the all-volunteer American military in Iraq. The country can be justifiably proud of its sons and daughters.

Competence started at the top. I watched General Petraeus handle one of his morning briefings from his staff. He not only sucked in data like a sponge but asked hard questions about everything from improving Iraqi combat readiness to establishing public medical clinics. He reminded me of the conductor of a symphony synchronizing all his instrumental sections to perform an especially complex composition, or a spider in the center of a web spinning and controlling disparate strands, which in this case were lines of effort. All modern warfare is intricate, whether a conventional assault by combined-arms divisions sweeping over wide swaths of terrain or a nonlinear irregular conflict fought in cities and shadows. Still, the skill sets needed to orchestrate each style are different, and no American general of this era has been able to match Petraeus’ feel for the intricacies of COIN.

While at West Point, I taught an elective, “Generalship and the Art of Command,” to cadets like Jon Klug, who went on to become the main author of JP 3-24. One of my points of emphasis was that successful commanders are usually members of successful pairs, each having some key subordinate who fills an essential complementary role. The subordinate might be a chief of staff, or a gifted planner, or an especially capable combat commander. I saw Lt. Gen. Ray Odierno, commanding Multinational Corps-Iraq (MNC-I), take one of the morning briefings in his commander’s stead. As leader of MNC-I, Odierno focused on different things, and I thought he let few administrative items get by that General Petraeus would have questioned, but he obviously had a remarkable grasp on the conduct of his units in the field and the complex operations they were conducting. Pete Mansoor has well described the workings of the Petraeus-Odierno partnership during the Surge, one managing the war from “his strategic perch” while the other focused on the operational and tactical fight.

We had a couple opportunities to talk to Lieutenant General Odierno at length. His physical presence is quite imposing. He dominates a room. Nevertheless, he made clear to us, he was not dominating the campaign at this stage. Instead, this was battalion and brigade commander’s war, especially the latter. He spent a lot of time setting the boundaries for those colonels to work within, dealing with their pieces of the mosaic, and was willing to take some risk to enable them to do that. National reconciliation was being driven from the bottom up through local initiatives, just as Steve Biddle had predicted over year earlier. Lieutenant General Odierno had to trust the judgment of his subordinate commanders, both about the sincerity of those reconciling and to understand properly and operate within local definitions of honorable and bad behavior.


That process was being facilitated by the presence of the embedded PRTs, which helped BCT commanders and staffs better understand interagency resources and solutions. Lieutenant General Odierno thought that intelligence gathering for reconciliation purposes still needed some refinement, though he praised the government of Iraq (GOI) for the mechanisms it had established to assist the process. He foresaw a future of continuing to build the Iraqi capacity for local governance and security, while reconciliation advanced at many levels. He was also concerned about getting supporting United Nations resolutions renewed and about the growing Iraqi political pressure on Maliki to limit coalition authority (as had been the case in 2006, when coalition forces were moving to large bases and tasks were handed off to Iraqi forces at a substantial pace that was not sustainable). He presciently saw that pressure as a danger to the irreversible momentum that MNF-I desired. He was convinced that it was essential that, as our forces withdrew, the transition and training teams would remain in place with the Iraqis, for many reasons, including intelligence and logistics support. He wanted to see the Iraqi armed forces outfitted with as much American equipment as possible, to keep them tied to us.

Though he was positive about the course of ongoing events, he did list three “things that bothered him” that could derail future stability. The first was a failure in reconciliation. If the Shi’a government did not accept the Concerned Local Citizens, the Sunni might give up on it; there were also Kurd-Arab issues that still needed to be resolved. His second concern was the growing Iranian influences and intervention in Iraq. In his book on the Surge, Pete Mansoor writes extensively about the extent of those problems at that time; they have since manifested themselves even more. Shi’a militias with Iranian ties have returned to Iraqi streets to defend Baghdad against the Islamic State and then to oust it. Lieutenant General Odierno’s third “bother” involved unit transitions after fifteen-month tours. There were many facets to that one: how units would hold up after that long in combat, problems with passing of intelligence and authorities between units as they arrived and left, and disruption of the continuity and local relationship that are so essential for successful COIN. The inevitable reduction in overall American forces would necessitate passing more responsibility to Iraqi security forces. While the individual-replacement system used in Vietnam receives much criticism for isolating new arrivals and reducing unit cohesion, it had many advantages for COIN, because it allowed long-term unit presence without the organizational transition issues present in Afghanistan and Iraq.

As it turned out, all his “bothers” proved critical ones, but their eventual impacts were not evident in late 2007. Instead, the “Mesopotamian Stampede” seemed headed very much in the right direction. Our visit to units throughout Iraq confirmed Lieutenant General Odierno’s description of the conflict as a “colonel’s war.” MNC-I had divided the country into multinational division (MND) sectors, most of which we saw. Those commanders were not maneuvering forces, as had their predecessors who assaulted Iraq in 2003. Instead, the MND leadership set standards and provided enabling support for the BCTs and battalions that were really conducting the fighting and restoring stability. The experience reinforced my opinion that I had been right in my initial wording of my last paradox: in COIN, most important decisions are not made by generals.

Another striking aspect of the array of units throughout the country was the impact of modularity and unit rotations on the organization of those MNDs. At the time at which we visited the headquarters of the 3rd Infantry Division and 1st Cavalry Division, their subordinate brigades also came from the 1st and 2nd Infantry Divisions and the 82nd and 101st Airborne Divisions, not to mention the many allied contingents. When Maj. Gen. David Perkins, commander of the 4th Infantry Division, took over MND-North in 2010, none of his seven BCTs came from his own division. In fact, however, once we saw the augmented size of most BCTs, the arrangement looked a bit more traditional. In capability and even numbers, the BCTs were really small divisions, so the MNDs functioned more like corps headquarters. This aspect of the war in Iraq deserves more study, to determine how transferable this model might be for future conflicts.