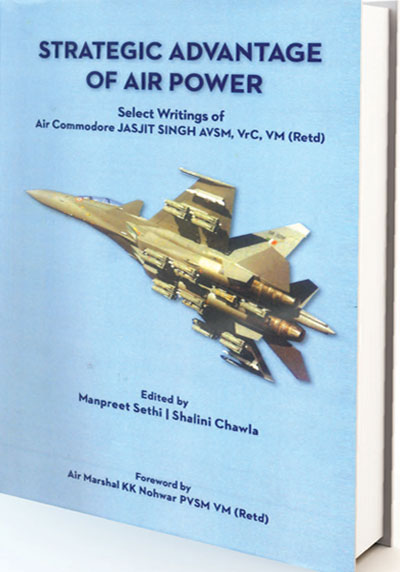 Too often, we are captivated by technology rather than its mastery. The reason is pretty simple. Air forces exist on technology. When I was a young cadet, my Chief Flying Instructor’s first lecture to us was: “Kindly remember that if God wanted man to fly, he would have given him wings.” You are actually operating in an alien environment and, therefore, you will have to not only survive in that alien environment but also achieve effects and results. Therefore, the theory and concept of use of force employment will become increasingly critical, not just technology. The way technology will be used is where the concept of force employment comes in. Therefore, people, leaders and intellectual power will assume great importance in the coming decades. It is not that it is not so today. Of course, the leaders are the ones who decide, who plan, give orders and do things. But then we see air forces being operated quite differently from each other when they could have been done quite differently otherwise. Technology may be similar. Do not forget that it was Germans who had the first jet aircraft operationally available, yet it could make no difference to the war and the context. If it is true that the concept of force employment will be critical, then we need to focus a great deal not only on technology and force but also on the people, leaders and the intellectual power that is generated. The number three factor is that all these factors — three factors or two factors — combined, increase the importance of command of the air. I am particularly choosing the term ‘command of the air’ because this actually has not been used for most of the last 19 years. In fact, it was seen as impossible. And it is a wonder why the Government of China (a country which is not transparent at all), in their official document, should lay down a policy statement that the future war will be done through command of the sea and command of the air. Either they are taking the world for a ride, misleading us, or they are actually beginning to believe it. It is not that the Chinese Air Force is anywhere close to this but even as an aspiration, it implies that this is what they are preparing for at a future date because linked to this is the second part of the statement that the army will be streamlined, and that announced at that time, in 2004, a reduction of 200,000 men. These point to the fact that the importance is shifting, at least in the Chinese military, from land forces to air forces, and the navy, combined with naval and air forces. On the other hand, there are lots of studies, and any number of them can be quoted to show that technology and force size are crucial in war; if you have superior technology, you are better off. From the very simple case of a simple rifle that has a range, let us say, of 100 metres and the other side has a range of 110 metres, the differential is not 10 per cent, the differential is 100 per cent because the one with 110 metres range can actually kill you before you fire all your shots or a single shot. So, when we start looking at the details of what technology does, it raises the other set of questions i.e. is the technology mature enough to be integrated into the system? Very often, when technology holds a promise, we assume that it somehow is already available. But, fundamentally, the argument based on this empirical, historical evidence is that it is force employment that remains the key to success. Force employment uses that technology, uses that force in a combination which then leads to defeating the enemy. The enemy in war is never defeated, what you defeat is the enemy’s strategy, and to defeat the enemy’s strategy, you need to make sure that your force employment then looks at those aspects much more carefully than otherwise.

Air power, like land and naval power, will be affected by the ebb and flow of technology between offence and defence. It is inevitable. The big question is: will this move to the junkyard of history, like cavalries or battleships? My conclusion is, no, not because I have served 34 years in the Air Force or I am running the Centre for Air Power Studies. My reason is that cavalries and battleships were all entities that operated in certain media. What we are talking of is the medium in which a force is going to operate. The medium cannot go into the junkyard of history. If anything the trend is the other way round.


It has been said many times, and is well known, that the nature of war is changing. The concept of military victory itself is diffusing: it is becoming uncertain and ambiguous. Now the era of a decisive military victory, particularly when you have nuclear weapons around, has undergone a fundamental change. If that has undergone a fundamental change, then the way we fight and the way we win, which means the way we define victory, also changes completely.

Secondly, the air war combat envelope is shifting up from some low levels because the radars have been shifted upwards, and once you can get over the problem of Moving Target Indicator (MTI), and other things you can see the effect it has. If the combat envelope is changing into higher altitudes, what you are looking at is the transparent battlespace. Transparent battlespace is something like World Wars I and II, although we have been nowhere near those numbers, nowhere near those types of engagements that took place. You have to think afresh on how this is to be done.

Third, time is shrinking because of the advances in technology. The shrinking of time is one problem but, concurrently, what we do not normally address is that there is an expansion of the battlespace. When you talk of strategic reach, you are actually talking about a much larger space in which you will operate. The moment you start operating in a much larger space, the number of targets start changing, their nature starts changing, and your choices start changing. It offers you new challenges because now your Intelligence, Surveillance, Reconnaissance (ISR) must cater not only for a much greater space and targets but also opportunities and options. Because if you can prioritise well in time, then you have a choice of going for the ones that produce the type of results that are dictated by the political objectives. In some ways we in the military have always looked to military effects. When we talk of effect-based operations, we inevitably go back to military effects. This is as it should be within the military. But the moment you get outside, then you also start looking out at the politico-economic effects and how they are to be achieved, and how they are to be achieved through the use of military power. And that is where the issues are that, I think, in the future we will start seeing.

Last, but not the least, but perhaps the most complicated, is missiles with conventional warheads. This is forecast by a Blue Commission Report in 1988, by a group of people, called “Discriminate Deterrence” that even the Intercontinental Ballistic Missiles (ICBMs) are going to get so accurate that you can use them with conventional warheads. Newspaper reports say that China has deployed 820 to 1,000 conventional missiles on the east coast of Taiwan. This has enormous implications for the future.

To enumerate just two or three, one is the circumstances when these types of missiles are available between non-nuclear weapon states. Perhaps it does not make very much difference then. Then you get back to the type of war that was fought between Iran and Iraq: the 1992-93 defence of Jalalabad by the Afghanistan Army, based on an enormous amount of Scud firing prevented the Pakistan Army and the Mujahideen from taking over Jalalabad and setting up a new government. There are many lessons out there.

The second one is nuclear weapon states — when both sides are nuclear weapon states but they also have hundreds of ballistic missiles with conventional warheads. When that missile is launched, what would you assume? Is it conventional or is it nuclear? That ambiguity is going to be a crucial factor in every possible way. Of course, the question of a nuclear weapon against a non-nuclear weapon state now using even conventional missiles is something quite different. The non-nuclear weapon state, in fact, has to worry much more about its security because it is not sure whether the next one carries a nuclear weapon. If you go back from here to what happened during 1991 in terms of the Scud missiles that were being fired at Israel, the biggest worry was whether the next one would carry chemical weapons. The actual damage by the Scuds was very little. One or two people got killed and one got injured and some 800 or 1,000 residences were damaged. That was the total damage done by all those Scuds. By any concept, it is ridiculously small. But the psychological impact on Israel was enormous, so much so that the maximum sorties that the US Coalition flew on a single target system was in Scud hunting. The figure was about 16 per cent. They got all the fixed sites but none of the mobile ones and that is part of the reason why the PAC-3 and others had to go through into the future.