How RAW’s mandate often went beyond spying. An extract 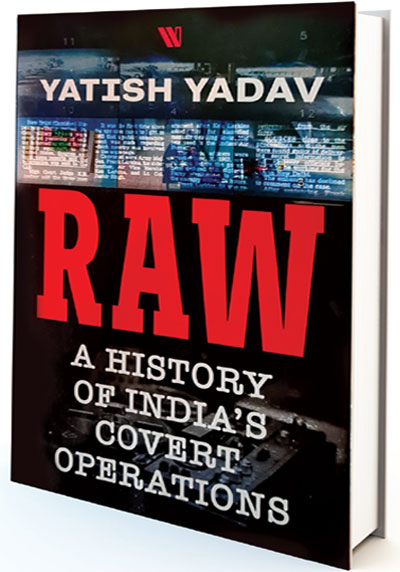 Wars are not always conducted on battlefields. Disinformation campaigns can also produce destructive results. When the Janata Party led by Morarji Desai came to power, the R&AW’s activities were curtailed because of Desai’s deep suspicion of intelligence agencies. Within a year, the socialist government was in disarray and the international press was flooded with reports of intense feuding within the political establishment. British spies stationed in Delhi drafted a report linking Hinduism with corruption and sin and this was leaked to the international press in the early 1980s.

R&AW analysts were surprised by the excitement in the global media over the leaked report and the poor interpretation of Hinduism that the agency believed was part of the UK’s imperial hangover. According to the leaked report, corrupt behaviour in Indian society was linked to Hindu beliefs, which emphasises individual rather than collective redemption. A more damaging allegation in the report was that, ‘In Hinduism, there is no good or evil as in the case of Christianity, Judaism and Islam.’

This was followed by the inference that ‘a natural concomitant of the absence of sin is the lack of ideas about truth. To a Hindu, the truth is usually that which most suits his convenience at any given moment. There is little place in Hindu ethos for truthfulness, unselfishness, social service or moral courage.’

According to a R&AW analyst codenamed Krishan Bhandari, this was psychological warfare, hitting at the faith of India’s majority community. There are a number of ways to make a country and especially its intelligence agencies irritated, said Bhandari. The British had used the detonator of religion to explode propaganda and the American press had used it to undermine India, a country it perceived to be close to the communist Soviet Union.

It will be noticed that the level of the discussion is fairly low. It is Eurocentric, in other terms, it is a highly parochial view of a person whose experience has been limited to the western European-Judaism-Christian-Islamic body of beliefs, the related faiths of people who believe in the Kitab. The answer to this, of course, is that dilemmas about truths both at normal times and during crises are universal phenomena. The famous question of Pontius Pilate to himself when asked to judge the accusation against Jesus is central to Christian history. ‘What is truth?’ asked the jesting Pilate and paused for an answer. It should not be difficult after research to locate similar problems in the Confucian-Taoist-Buddhist ethic of East Asia. The British reaction is not new. It was always there during the imperial period. In a notorious episode in 1936, Baden Powell, the founder of the Boy Scout movement, made a similar charge about Indians and truth. Mahatma Gandhi and Jawaharlal Nehru answered the wild allegation in appropriate terms. Khushwant Singh has now done the same effectively in the newspapers. The preoccupation, indeed, an obsession with truth in the original Hindu scriptures cannot escape any reader. This attitude towards the Indian civilisation is connected with the retrospective vindication of British rule. This is also linked with the fairly common left-handed compliment paid to Jawaharlal Nehru as ‘India’s last governor general’. The idea is that the momentum of British ethos survived during the leadership of this most British of Indian politicians.

According to the intelligence analysts, these allegations and wild thoughts about a religion would have had very little immediate significance if it were not for the fact that there was a lobby in the USA which had similar ideas. Although, not much was revealed in the public domain about the CIA’s penetration in the Middle East, it was a fact that the Americans had a big stake in the region.

A secret note from the MEA in 1979 had informed the Indian government that the USA was training the Saudi intelligence service and that the CIA kept an eye on internal developments in Saudi Arabia. In 1948, after Independence, the Indian government had opened a consulate at Jeddah which was raised to the status of consulate general in 1954. In 1961, India established it embassy in the city with an emphasis on a policy of peace. But after King Faisal came to power in 1964, his inclination towards Pan-Islamism opened avenues for Pakistan’s anti-India propaganda, resulting in a tilt in Saudi policy in favour of Pakistan. This increased India’s anxiety and the country strengthened its monitoring of anti-India propaganda. When the attack on Hinduism exploded, intelligence operatives perceived it as a move to weaken India’s global influence. The analysts said:

British eccentricities of opinion can be dismissed as of minor importance. American perceptions controlling global policy are another matter. The attitude of the new Ronald Reagan Republicans to our part of the world is based, in part, on the revival of a fashionable cliche of the 50s. Professor Northrop, a leading American Indologist, put forward a thesis that the edge of western civilisation is on the frontier between India and West Pakistan. In spite of all their differences, the Muslims of all sects, Christians of all types and the Jews share a common loyalty to one God and one law. To the east of the Indus was a riot of many gods and many laws. This peculiar idea had a certain geo-political rationalisation in the writings of Sir Olaf Caroe. From this point of view, the beginnings of the orient are in India and also, to some extent, in the eastern parts of Russia, Stalin being a typical oriental. Today, the attempt is being revived to find a deeper, more satisfactory linkage between Pakistan, the oil-rich Muslim world and the west European civilisation. Ideas like that discovered by the British official in the High Commission would be grist to this propaganda mill.

Intelligence operatives like Bhandari believed that a propaganda and disinformation campaign like this had several motives. One such motive was to add more power to the growing influence of the Vatican. The R&AW analysis of this psychological operation claimed that there was some exaggerated interest in India about Pope John Paul II’s attempts to have a dialogue with Islam and the several discussions with Libya. The Pope had visited Ankara in 1979 but the dialogue failed to take off because Christians are in a minority in Turkey. Another attempt was made in Nigeria where the northern parts are Muslim majority areas, but it failed despite strenuous efforts on the part of the Vatican. The R&AW report said:

The background of the Catholic Church’s interest in reconciliation, first with other Christendom, then with Islam and Judaism and then with all other living faiths lies in the new nervousness in the Church about a general skepticism cutting across all religious barriers. It is under this inspiration that the Church in India has made an attempt to Indianise itself. There is an institute in Rome which is devoted to the study of the Hindu religion and more particularly, the Vedas and Upanishadas. It can thus be seen that the Vatican’s attempts at a dialogue with Islam are not necessarily malevolent towards us, but there is the danger they might be seen in many places as a part of an implausible attempt to isolate Hinduism.

The Indian counter-attack focused on corruption around the world. The intelligence operatives suggested that revelations in China after the Cultural Revolution indicated a high degree of corruption at every level. They also pointed out that even in the countries in the developed world, there was much greater awareness of actual corruption. There was the notorious example of the Lockheed scandal, which had touched senior politicians in Japan, Italy and the Netherlands, for instance. And corruption at all levels had also been noticed in Islamic countries of all types, ranging from Iran to Egypt. Therefore, the R&AW showed, there is no exclusive tendency towards corruption in the Hindus ethos.

For the spy agency, this was bizarre task. But with its global contacts, it managed to dismantle the disinformation campaign. While agents in battlefields around the world steal secrets and recruit assets with critical information to ensure India’s national security, an analysts job’s is to provide clear pictures of both the sides of a coin—threat and opportunity—to the government.