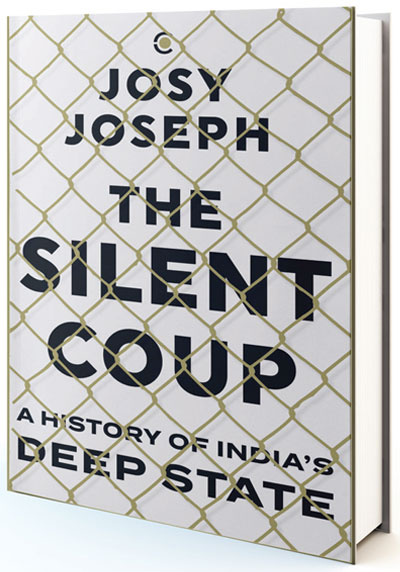 Faced with the hostile LTTE and Sri Lankan forces, the IPKF had no chance of success. An extract. Excerpted with permission

‘Martyrdom is not just an individual’s courage, but also the celebration of the larger kinship’s participation, their collective will. If the individual has a rethink, it cannot happen. It would be extremely shameful, and it won’t then be limited to him. His own mother will tear out her own breasts out of shame,’ said Gurukkal.

The LTTE was drawing from this old culture of celebrating suicide deaths. Starting in 1989, the group and its broad set of sympathisers around the world began to organise the Maaveerar Naal on 27 November, Lt Shankar’s death anniversary. Every educational institution in Tamil areas, every village and even the Tamil diaspora participated in this celebration of their fallen heroes. At the culmination of a week-long event, Pirabakaran would deliver a speech, which began precisely at 6.05 p.m., the time when Lt Shankar died.

Tamil Christians also participated in the LTTE’s celebration of martyrs, according to many analysts of the period. Starting in the early 1980s, Christian Tamil youth joined the LTTE in large numbers. US-based academic S. Ratnajeevan H. Hoole, who has been at the receiving end of the Tigers’ ire, pointed out in a research paper in 1996 that Catholic priests in Tamil areas would urge the congregation from the pulpit to give a son to the LTTE, like God gave his only son Jesus to the world. As the Tigers’ influence began to rise in the northeast, so did the influence of pro-LTTE priests within the church. A fair number of Catholic Church and Church of south India priests in the northeast of the country were active propagandists for the LTTE, Hoole and others have pointed out.

Besides commemorative events and memorials, the Tigers regularly published glossy books with photographs of their martyrs. According to pro-LTTE writer Sachi Sri Kantha, in 2003, a memorial souvenir titled Sooriya Puthalvargal was published, its ninety-six pages detailing in Tamil the bravery of 240 Black Tigers, including some who were yet to carry out suicide attacks. ‘These were the contemporary practitioners of altruistic suicidal act in the battleground of Ceylon, perfected by Guru Drona in the Battle of Kurushetra nearly 5,000 years ago,’ Kantha wrote in June 2004. ‘All were superheroes of a higher order for Tamils like me. They belong to my extended family, and they are the real things, unlike the glib Hollywood generated entertainment icons like Rambo and Terminator.’

‘The most difficult part of my entire command was managing the withdrawal of the IPKF. At one stage, we had 70,000 troops. We slowly brought them down to 50, 40, and then to 30,000. When you are on a narrow bridge head, with the LTTE all around, and you are getting no military assistance from the Sri Lankan army, and the LTTE free at that stage, the prime concern for me was the lives of my soldiers,’ Lt Gen. A.S. Kalkat, who took over command of the IPKF from Lt Gen. Depinder Singh, told me.

Ever since they landed in Sri Lanka, the Indian soldiers had found themselves in a difficult situation—neither of the two parties in the conflict seemed to be happy to have Big Brother around. The Indo–Sri Lanka Accord was the result of India’s tough posturing, its willingness to stand guarantee for the LTTE and bring them to the table, and the commitment of the then Sri Lankan president J.R. Jayewardene. On the Sri Lankan side too there were dissensions, and many leaders did not approve of the agreement. Portending things to come, on 30 July 1987, a day after the accord was signed and a few minutes after Indian Prime Minister Rajiv Gandhi ignored the advice of officials, including Dixit, to avoid physical proximity with Sri Lankan forces, and inspected a guard of honour, a naval rating reversed his rifle, held it by the barrel and swung it at Gandhi, injuring him.

By the end of 1989, the LTTE and the Sri Lankan establishment had struck an informal understanding that they would both target the IPKF. The Lankan forces even equipped the LTTE in their common fight. Anti-Indian sentiments had been on the rise after the IPKF deployment, while for Pirabakaran, the force was now a sworn enemy.

Rajiv Gandhi lost the general elections in 1989 in the aftermath of the Bofors scandal and other factors. His one-time trusted finance minister, V.P. Singh, was at the head of an Opposition coalition. Within weeks of becoming the prime minister, Singh ordered the withdrawal of the IPKF, bringing the thirty-two-month-long deployment to an end in March 1990.

On 24 March, the Sri Lankan Army organised a formal send-off for it. Mutual suspicion hung in the air even as the country’s foreign minister, chiefs and senior officers of the armed forces, and the media gathered. ‘While we were pulling back, we had our party standing by on all sides to make sure that someone did not double-cross or conspire against our soldiers. We had even helicopters standing by to extricate,’ General Kalkat said. Back home, there was to be no succour. ‘The humiliation was not in Sri Lanka, because there was no humiliation [there]. The humiliation came when we came back to India. The question people asked was, why did we go there, what were you doing there? And the main thing was the so-called boycott of IPKF soldiers when they arrived at Madras port. I think that was a needless act. It was no good. I think the DMK [then in power in Tamil Nadu] was the one,’ Kalkat said.

In my assessment, the Indian security establishment had also failed to anticipate how the Tigers were perceived among Tamil society at large. For many, it was no rogue militant group, but a group of freedom fighters, nurtured, funded and politically supported by them. Among the diaspora, the LTTE resurrected a certain ‘continuation of old anthropologic values, of which kinship of a wide network is key’, Rajan Gurukkal pointed out.

The last shots of the civil war were fired around 9.30 a.m. on 19 May 2009. Sergeant Muthu Banda radioed his commanding officer, Colonel G.V. Ravipriya, that he had spotted among the mangroves of Nandikadal a body that looked like that of the LTTE chief. There were five other bodies around him, which the Sri Lankan military believed were of his bodyguards. Many dispute the official claims, as the end of the Tigers came at a time of intense human rights violations by the state, with the silent blessings of a large section of the international community, including India.

In over three decades of its armed struggle, the LTTE staged, by many yardsticks, an unparalleled level of violence by a non-state actor. It is the only terrorist group to assassinate heads of two different nations—Rajiv Gandhi of India and Ranasinghe Premadasa, then president of Sri Lanka. The Tigers also assassinated one presidential candidate, seven cabinet ministers, thirty-seven members of Parliament, and several dozen other politicians. It produced almost 400 suicide bombers, with hundreds more waiting in the wings. Cyanide capsules hung as medals of honour around the necks of many cadres.

However, the biggest differentiator of the Tigers was their ability to generate so many suicide bombers. Since suicide terrorism reappeared in Lebanon in the 1980s and through recent history, including Al Qaeda’s 9/11 attack, the LTTE has been the most prolific producer of suicide terrorists. There may not be another group in human history that inspired so many men and women to give up their lives, certainly not from a country as small as Sri Lanka. The Indian establishment had not anticipated this.

Unprofessional and secretive security establishments can be a threat to evolving democracies like ours. It might seem that India is safe from military coups and the subversion of governance, but there is enough evidence in these pages and elsewhere to show that the dark forces within our agencies need to be reined in. There is no other security establishment in the world that has tackled such a variety of non-state actors—Northeastern insurgents, many of them devout Christians; Islamist terrorists with a warped sense of justice; Hindu terrorists inspired by communal hatred; caste groups that butcher others; and secular groups such as Maoists that fight for other reasons. No other security establishment in the world has sacrificed so many of its men and women to terrorism. India has lost over 34,000 police personnel, mostly sacrificed in fighting insurgencies of various kinds; it has the world’s highest number of war widows at over 25,000, most of them victims of internal strife.

The sheer diversity of the country’s experience in dealing with unrest and militancy ought to have challenged the biases that have crept into the system. Yet, its presumption that terrorism is exclusive to Islam persists. Far too much of India’s resources have been spent in tracking Islamic terrorism, while some of its deadliest enemies have been secular Maoists, Hindus or Christians.

The result of this bias is visible in administrative structures and practices. R&AW, for instance, does not employ Muslims in its ranks. The Special Protection Group (SPG) excludes Sikhs. The IB, it appears to me, is continuing to rely heavily on interrogation reports that have been repeatedly proven to have been manipulated by its own officers. The NIA, created after the Mumbai attacks of 2008, also appears to have sacrificed its professionalism at the altar of political masters.