Its economics, technology, and internal politics require a China much more actively engaged in shaping the world that it has ever been before. An extract 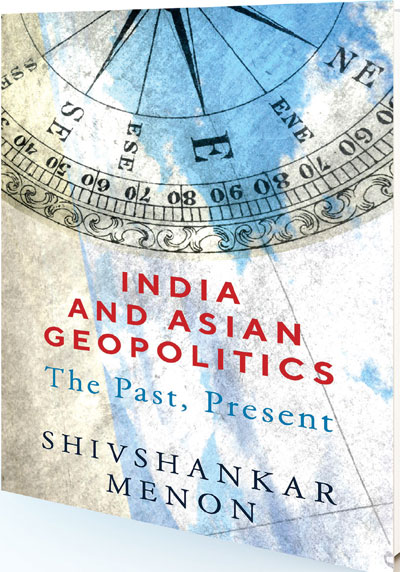 If China succeeds in the China Dream, in making China great again, do not expect China to behave as Western powers have in the past. It will not necessarily be another United States setting international rules, norms, and institutions and providing security and public goods for an order that it manages. The idea that China will do so by proposing an alternative order is today’s equivalent of the Western wish–myth of the 1990s that China’s market-based economic development would bring about a Western-style democracy and a pro-Western regime.

Will China replace the United States as a net provider of security, as an expeditionary power projecting power across the globe? I think not. It cannot and will not be able to for some time. Will China seek to determine the nature of regimes and successfully implement regime change in other countries across the world? The United States has apparently done so seventy-two times since 1950. China today has the necessary combination of soft and hard power only in its immediate periphery, where it now shows clear preferences between local leaders and supports them financially and otherwise in moments of transition. The 2018 Malaysian elections and Nepal and Sri Lanka’s internal transitions saw this phenomenon. Will China open its markets to the rest of the world to promote globalization to the extent that the United States does? This is most unlikely as it will affect China’s internal economic structure based on state owned enterprises and state-run finances on which the power of the CCP is built. The desire for regime stability will prevent this. Will China design, invest in, and run the global financial and trading institutions that undergird the global economy as the United States did? Not if its domestic needs for constant infusions of capital and technology remain as they are, if it can get what it wants from present institutions, and if the sources of its growth continue to shrink. Will China exert the kind of cultural influence and be a net provider of knowledge to the world that every previous hegemon has been? This could actually come about first but is still a few years away.

None of this precludes China’s developing a capacity to project power globally in permissive environments, while concentrating on building up sustained operational capabilities in its periphery–East and Southeast Asia, Central Asia, South Asia, and subsequently the Indian Ocean rim. By using humanitarian and disaster relief, nonmilitary evacuations, and peacekeeping, China presented its military modernization as nonthreatening with a softer image. Weaknesses in airlift, sealift, and logistics have been addressed in the last decade, thus enabling more effective military expeditionary purposes. Today, China is adding the space-based ocean and land surveillance systems, large transport aircraft and tankers, ports, bases amphibious combat ships, special forces, and other requirements to project force beyond its periphery, a capacity that so far only the United States has. Organizational reform of the PLA since 2015 and changes in training also point in the same direction. Under Xi Jinping, the ideological and doctrinal barriers too have been loosened for the PLA to intervene and be more assertive, particularly in what it regards as its ‘own’ region.

This new assertiveness’s popularity in China is evident in the record box office receipts of films like Wolf Warrior-2 about the PLA using force abroad to save Chinese citizens. As China increasingly provides security services to local governments in Africa and Asia, the PLA’s motivation to intervene militarily abroad will only grow. More than half of Chinese investment abroad is in energy assets and another large proportion is in real estate. In 2013 China owned more than US$3 trillion abroad. Most of this investment is either from the state or by state-owned companies, thus increasing the motivation for the government to intervene abroad. Over 20,000 Chinese companies operate in over 180 countries. And over 130 million Chinese traveled abroad last year spending about $115 billion. There have been attacks on Chinese workers and citizens around the world and the number of incidents is increasing. In 2014 the Chinese Foreign Officer said that it handled 100 incidents of Chinese national in danger every day.

Besides, China has begun to provide security services, both as part of securing its Belt and Road Initiative projects, as in Pakistan, or as an investment in the local government, as in Zimbabwe. The security tools and practices that China has developed since Tiananmen to manage internal security and maintain stability are now being exported to eager authoritarians in Asia and Africa. China naturally sees advantage in improving its image abroad as a great power committed to peace, while creating the means to deter, compel, and punish those who might be tempted to oppose it. In the near future, China will have a limited global expeditionary capability to project power and will be able to militarily dominate parts of its own periphery. This could lead to a militarization of China’s foreign policy, as has occurred in the United States. Certainly, the temptation for China to use force will increase.

The fundamental drivers of its policy will lead China to a unique pattern of behavior in the near future. Its economics, technology, and internal politics require a China much more actively engaged in shaping the world that it has ever been before, in ways that will be different from previous powers like the United States or Britain. At the same time its internal stresses, geography, and demography suggest that the scope for China’s favor. It will remake them while it can, in what Xi has called “strategic opportunity.” Like good gamblers, they will make the most of the moment, while the cards run their way. The question, however, is whether China knows when to leave the table and cash in its chips, or whether there will be a precipitate withdrawal. The danger is that the dichotomy between its needs and what is practical could result in a frustrated but powerful China. The Chinese are realists; they expect others to respect their power, as they respected U.S. dominance for over three decades. But relists are often disappointed, which is why so many of them become pessimists.

We have argued that a rising China is and will be more assertive due to the internal push to tighten control and the external pull of opportunity. The world now depends on China for global economic growth and Asia-Pacific stability. Of course, that dependence is mutual. If China is a global economic player, it also needs the world for its own continued growth and stability. It needs markets, raw materials, commodities, energy, and technology from the world if it is to continue to grow and maintain domestic tranquility. The issue is no longer one of accommodating China in a U.S.-led international order, as some U.S. administrations did in the past. The twin questions are whether China will ride roughshod over others in the Asia-Pacific, as it can, and whether the United States will share global leadership with China, as it must avoid conflict. Recent history offers no cases of peaceful retrenchment by a hegemon, except Britain after World War II. What, however, makes China-U.S. conflict unlikely is the fact that unlike the U.S.-Soviet Cold War, China and the United States are economically joined at the hip, operate under nuclear deterrence, and are part of a single global system.

The Belt and Road Initiative, “string of pearls” port building and acquisition, and other Chinese actions abroad have led many in Asia to ask whether a China-centered Asia is now an inevitability. It should be clear from what I have said that I do not think so. Instead, several futures and at least three scenarios can be envisaged for Asia. China’s behavior and choices may well be the single largest determinant of which scenario comes true, but they are not the only ones. There is no dearth of predictions. We could be returning to Marco Polo’s world as Robert Kaplan believes, or China could rule the world as Martin Jacques is convinced, or China could finally fulfill the ever-postponed predictions of its collapse and fall by Gordon Chang and others, or we could face some combination of all these predictions. Take your pick depending on your predilections.

Objectively, China is a hemmed-in power in a crowded neighborhood with limits to its power. It has overwhelming domestic preoccupations and regime survival issues. Has it overreached, made its move too soon like Wilhelmine Germany? That question cannot be answered conclusively yet. But what we can say is that the constraints on China today are primarily internal and physical, and it is hard to see how it will overcome them. Therefore, there are good reasons to test the hypothesis that China has actually overreached and made its move for primacy too soon. If, on the other hand, China succeeds in making China great again, it will still behave differently from Western hegemons or powers in the past. Either way, China will be in the front rank of powers, the world’s largest economy, with the willingness to exercise preponderant military power in the Asia-Pacific. China will naturally play a larger role in international society as it continues to develop.

The key for India’s “China problem” is that China’s periphery is also India’s. It is here that China seeks primacy and projects power. This same periphery is critical to India’s security and, potentially, to our prosperity. China could behave either like the benign hegemon that it says it was history, or as a frustrated and disappointed power, externalizing its internal shortcomings, displaying a touchy and hypersensitive nationalism. The power that it has accumulated will compound the effects of such a Chinese trajectory on its neighbors and the rest of Asia. India, with its own set of interests, capabilities, traditions, and strategic culture, will be among those most directly affected. As Deng Xiaoping famously told Rajiv Gandhi in December 1988, the twenty-first century would not be the Asian century if India and China did not both develop together.