How a well-orchestrated narrative was spun to widen the communal divide. An Extract 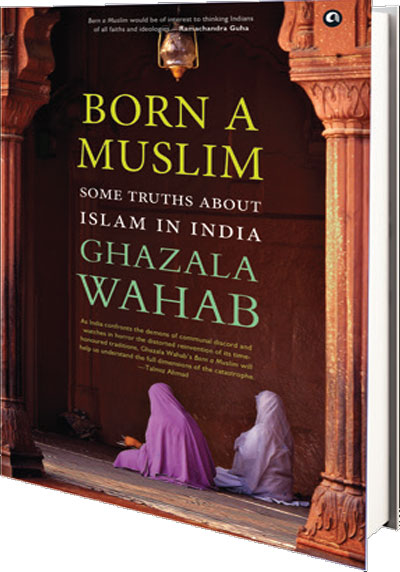 Since 2014, ever since the Modi-led BJP government assumed power at the centre, there have been several disturbing developments that have deepened the fears of minorities in the country. Perhaps the most vicious of these have been the rise of vigilante mobs in certain parts of the country. Before 2014, the perpetrators of communal violence were large groups in which individual elements remained faceless and nameless. However, after 2014, the mob, confident in its invincibility, threw away the cloak of anonymity. It was led by people who were proud of leading it to kill, maim, terrorize, or vandalize at whim. Sometimes, these were small-time leaders or aspiring leaders from one of the several militant right-wing organizations under the RSS umbrella, who believed, and as the subsequent years showed, rightly so, that violence against minorities creates a shortcut to fame and upward mobility within these organizations.

Three parallel narratives were built by the right-wing extremists to create conditions for violence. First off the block, which started the moment the BJP came to power, was ‘love jihad’, a variant of the old canard aimed at ‘virile’ Muslim men. Middle- and lower-rung BJP leaders started talking about a diabolical Islamic conspiracy in which Muslim men enticed Hindu women and married them for the sole purpose of procreating jihadi terrorists. Once this objective was met, the gullible Hindu women were abandoned or sold into the sex trade.

The Hindu pushback against supposed ‘love jihad’ served two purposes. One, it encouraged the lumpen, including impromptu women’s vigilante groups, to terrorize young couples in public places, even sometimes forcibly entering their homes. Such was the impact of this narrative that in one incident in Kerala, a medical intern, who had first converted to Islam and then married a Muslim man, had to fight a legal battle to win her right to live with her husband. Her father had approached the Kerala High Court alleging love jihad and expressing the fear that his daughter had been brainwashed and would eventually be sent to Syria as a sex-slave for the IS. Heeding the father’s concern, the high court annulled the marriage. The decision was challenged by the couple and finally the Supreme Court of India had to step in to restore the marriage. In late 2020, the Uttar Pradesh government brought in a new anti-religious conversion ordinance, ostensibly to curb ‘cases of love jihad’. This was widely criticized. Clearly the ‘love jihad’ bogey will continue to be used as and when necessary to vilify Muslims.

Love jihad was also used as a catalyst to militarize unemployed Hindu youth—men and women. Young people, who now believed that the Hindu faith was in danger, were herded into training camps for basic martial arts and arms training. They were told that there would soon be a decisive battle between the Hindus and the Muslims for the future of Hindu India. Hence, they would have to be prepared.

The second narrative was the religious compulsion of Muslims to eat beef, because of which cows, revered as mothers by some Hindus, were in danger. Hence, anyone even suspected of having traded in, slaughtered, or eaten beef was a legitimate target for the lynch mob. This has had an even deadlier fallout than the love jihad campaign. According to the data website IndiaSpend, since 2010, 86 per cent of the victims of cow-related violence were Muslims and 97 per cent of these attacks have occurred after 2014. Interestingly, in most of these cases, the police also registered concurrent complaints against the victims on charges of cow-trafficking.

The third narrative is an old angst of the right-wing club—evangelism of the Christians. While in the more distant past, violence was sporadic—such as the murder of the Australian missionary Graham Staines and his two pre-pubescent sons in Odisha in 1999—since 2014, violence against Christians and churches has become less sporadic and more organized.

In an interview to The Guardian, Dhirendra K. Jha, author of Shadow Armies: Fringe Organizations and Foot Soldiers of Hindutva, says that while Modi has repeatedly emphasized that his government will promote ‘complete freedom of faith’, his elevation has been a green light for radical Hindutva groups. ‘After Modi became prime minister, these groups started thinking they have assumed power, it is their government,’ he says. ‘So they have gone amok. They don’t fear law and order or any democratic institution. They are on a rampage.’ According to him, a ‘perfect parallel’ is the growing boldness of white nationalist groups in the US under Donald Trump. ‘Modi would never come out and openly help them,’ Jha says. ‘But he rarely criticizes them. Because of his silence, the message goes to the state machinery that they don’t have to take action against them.’

In 2016, IndiaSpend did a lead article on the role hate speech plays in election campaigns. According to its figures, candidates who give hate-filled or enmity-inducing speeches during their campaigns have a greater chance of success as opposed to those who don’t. Not only that, even the filing of court cases against them for their conduct only helps them win their seats. In the 16th Lok Sabha (2014–19), twenty-eight members of Parliament from the BJP had cases of hate speeches filed against them.173 In the 2019 general elections for the 17th Lok Sabha, one of the BJP candidates was under trial—out on bail on health grounds, yet campaigning for her election—in a case of terrorism in which ten people died in a bomb attack in Malegaon in 2008. She eventually won with a margin of a few hundred thousand votes, defeating the former chief minister of the state.