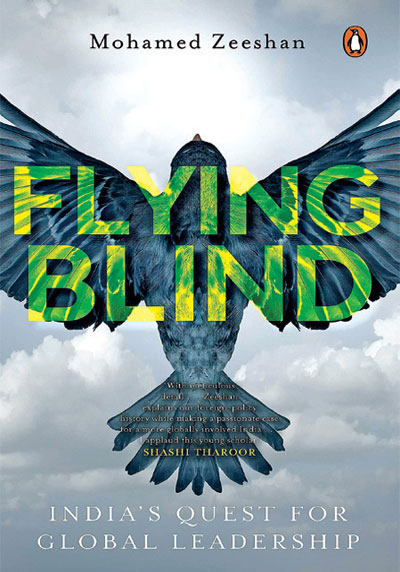 China and India are often called ‘civilizational states’: modern nations that have risen out of thousands of years of civilizational knowledge and an ever-accumulating vault of treasures. But in many ways, China is the mirror image of all that India has ever been. By its very nature, Indian civilization had open borders and coastlines for centuries on end. It invited in the hodgepodge influence of cultures from all and sundry. They all came, ruled, and stayed in India—from the Greeks to the Central Asians, the Afghans, the Turks, and finally the British (who were, incidentally, the only ones to be asked to leave). Indian culture, languages, religious practices, society, and politics have all learnt and imbibed various elements from the rest of the world.

China, by contrast, has always had a tendency to centralize, unify and homogenize. The Han Chinese empire was among the first in the world to introduce a visa regime, some 2000 years ago. Delegations who visited the Han emperor travelled on fixed itineraries and were issued travel passes—often in such detail as to indicate the exact number of travellers and the towns they were allowed to visit. These were to be presented at multiple checkpoints along their route. There was also economic protectionism. For instance, scholars believe that although China likely discovered paper as early as before the Christian Era, the invention did not quite spread until the Arab conquest of Central Asia some 800 year later—most possibly because the Chinese kept papermaking a secret.

All this insularity means that China has long been a world within itself, rarely influenced by the outside world: Chinese culture and thought have developed more organically and intrinsically than India’s hodgepodge nation. A strong and centralized political system has helped: Since at least 1300 AD, Chinese territory has been under the unified and centralized control of only one large dynastic empire or political state at a time—first the Yuan, then the Ming and the Qing, and then finally, the two republics (contrast this to India’s political curry of kingdoms). To this day, despite its enormous size and long history, China lacks the sort of dizzying diversity that India has. It has only one major language—Mandarin—and as of 2010, more than 90 per cent of the Chinese population belonged to the Han ethnicity who dominate the eastern part of mainland China (this number might have since decreased, owing to lower fertility rates among the Han and the one-child policy, which was more stringently administered among the Han).

How did successive Chinese emperors and dynasties manage to hold sway for so long, over so vast a land? The story traces back to the sixth century BC—to perhaps the most influential philosopher in Chinese history: Confucius. Born at a time of great political upheaval, Confucius spent much of his life codifying an order for social harmony in China. Like most Eastern philosophies, this included principles of just and ethical rule by the emperor. But unlike Machiavelli or Chanakya, Confucius did not concern himself with strategic affairs to help conquerors consolidate power.

Instead, he drew out a rigorous social hierarchy for China, headlined with the fundamental duty that every individual must ‘know thy place’. This was as explicit a statement as possible that order and stability in society superseded any freedoms or liberties the individuals may claim to enjoy. At the pinnacle of the Chinese social order stood the emperor. In Confucian thinking, the Chinese emperor was not just supreme for China alone; he was, as Kissinger puts it, mankind’s supreme sovereign—the Emperor of Humanity. ‘Chinese protocol insisted on recognizing his overlordship via the kowtow—the act of complete prostration.’ The emperor was also given the role of being the ‘Son of Heaven’—the symbolic intermediary between heaven, earth and humanity—with the duty of establishing social order and harmony on earth.

In the years after the end of political turmoil in China, Confucius’ advocacy of order and stability over chaos and liberty naturally won the favours of the new Chinese emperor as he sought to reunify China. The Han dynasty—which ruled China for over 400 years from 206 BC to 220 AD—adopted Confucian thinking as the official state philosophy. In the centuries that followed, each time an emperor consolidated his vast land, the teachings of Confucius were re-emphasized.

Even the Communist Party has sometimes directly or indirectly invoked Confucian teachings. Mao was no fan of Confucius, because he saw Confucian teachings on social hierarchy as the antithesis of a communist cultural revolution. But once the Party established itself, Confucius began trickling back. After the Tiananmen protests, Deng Xiaoping reportedly said, ‘Stability overrides everything else.’ Under Xi Jinping, the party has taken to Confucius more directly. In 2014, Xi convened a session of the Communist Party elites and emphasized Confucian values at the event.

Even though most of today’s Chinese population may not explicitly identify with Confucius, the rigidity of his social order has persisted through the generations and made China a relatively obedient society. To this day, many Chinese value social order over democratic disorder—they would readily forego the freedoms of a chaotic society in order to enjoy the order and discipline of an ordered population. (But, as we will see later, this is not a universal opinion in China; cultural diversity has been a bane.)

Yet, Confucian thinking did not forbid revolutionary feelings. Despite bestowing the emperor with divine characteristics, Confucius did not grant him the divine right to rule. In Confucian thinking, the emperor was to be held accountable for order and stability. If the emperor failed to uphold social harmony and acted in unethical ways, he lost the right to rule—or the ‘Mandate of Heaven’. Rebellions would then break out, until a new dynasty restored harmony in the universe.