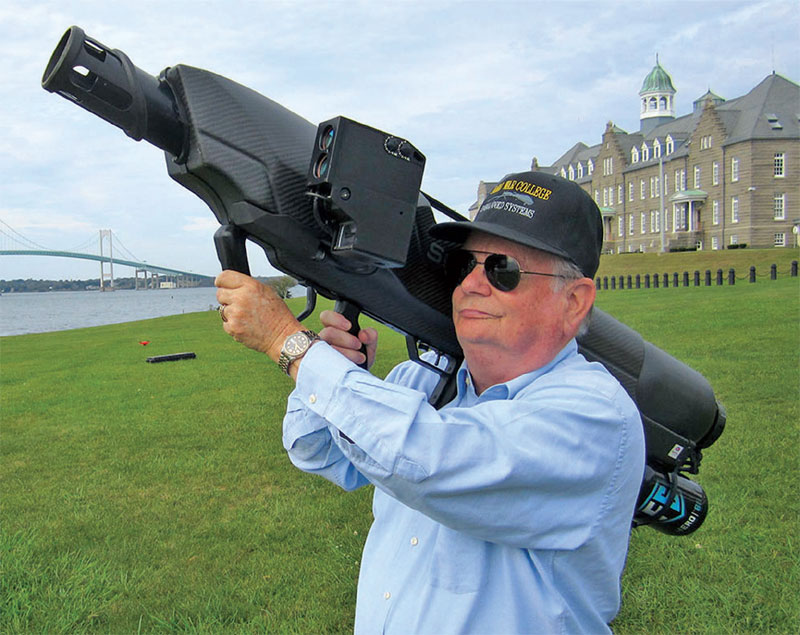 How much autonomy should weapons be allowed is a question most advanced militaries are wrestling with. Are we anywhere close to the answers, given the pace at which technology is advancing?

The answer to this question revolves around two key issues: How we define autonomy and how much trust we have in the intelligent agents being used. At the most basic level, autonomy simply means that an automated system can perform some useful task repeatedly and without direct supervision. A person entering the lobby of the Imperial Towers in Mumbai puts his or her life in the hands of an automated system, an elevator, to safely carry them up 60 floors. We do not question the autonomy being used to transport this person and we have full trust in the system.

At the other extreme is the yet-to-be-proven autonomy of driverless cars. In the relatively near future, it is likely that cars will be able to safely navigate crowded highways and transport passengers between points hundreds of miles apart. When this level of technological sophistication arrives, people will be unlikely to use it until they develop a level of trust necessary to put themselves and their families at risk.

I believe that the same issues dominate any discussion on the use of autonomous weapons. In the second decade of the 21st century, commanders are willing (and able) to use lower-level autonomy in aerial systems to perform functions such as way-point navigation and station-keeping over a designated target. They are not willing to allow a higher-level autonomous system to select targets and launch weapons at the discretion of the intelligent agent aboard the unmanned aircraft. There is neither the political will, nor the trust necessary to allow this to happen.

Discussions on the use of Lethal Autonomous Weapons (LAWS) are taking place daily at the Naval War College and in the halls of the Pentagon. We are not yet close to an answer, but we are well down the path of considering the legal, ethical and political ramifications of the use of these systems.

As a military officer who served several decades ago and has been in the academia for nearly two decades, how does the future of warfare appear to you? Do you anticipate that in the next decade, machines would be capable enough to run entire campaigns, leaving the humans out of the loop?

Predicting the future of warfare has never been a precise science, and the crystal ball is less clear today than it was when I served on active duty. But some trends can be seen: the incredibly rapid pace of technological progress promises warfare that is faster, more precise, and increasingly automated. Horrific battles between massed forces in close contact is not a likely scenario. Much has been written about a ‘new triad’ of cyberwar, unmanned systems, and Special Forces being employed in future conflicts.

War has always been a painful and deadly contest between human beings draped in the fabric of their nations and I do not see a future where they abrogate their responsibilities to even the most sophisticated autonomous systems driven by the most elegant forms of artificial intelligence. Machines will continue to serve their human masters and will not be allowed to operate independently.

Would this be a good or a bad thing? And why?

There is no indication that the elimination of armed conflict is anywhere on the horizon. Centuries of human history have demonstrated that disagreements about geography, population, political institutions and religious beliefs have been, and will probably continue to be, resolved by conflict. What the rise of Artificial Intelligence (AI) and autonomous systems portends is a reduction in the cost in human lives that future wars may demand. Machine-on-machine engagements, conducted by human operators from a distance, may allow for conflicts to be resolved without the massive bloodshed of the past. This would be a good thing. Allowing AI-enabled machines to fight one another un-supervised by officers/ leaders with a legal and ethical orientation would certainly be bad. It is up to the current generation to ensure that we follow a path of humane conflict firmly under human control.

On a personal note, how has your journey been out of the uniform, as a researcher, writer and educator? What kind of challenges have you faced?

In my personal case, I left active duty in the Navy in 1998, but I did not leave the naval service since I have been fortunate to continue my career as a Department of the Navy civilian at the US Naval War College. I have been able to teach, research and write on the topics I find most interesting. My appointment as the E.A. Sperry Chair of Unmanned and Robotic Systems has given me a chance to stay connected with the leading figures in the ‘unmanned systems’ community and it led to my editorship of the book One Nation, Under Drones. The greatest challenge has been finding the time to keep up with all of the designs, airframes, control systems, and operational concepts across the domains of sea, air, land, space and cyberspace. Journals such as FORCE India provide excellent access to information in the unclassified area.

I am very pleased that you asked this question since I have led the efforts to encourage reading as the programme manager for the Chief of Naval Operations Professional Reading Programme for the past 15 years under five different navy chiefs. These senior leaders have all been strong advocates of the value of self-development through reading books and articles of professional interest.

I have found that the development of the digital e-book has made reading easier and more popular. Sailors no longer need to carry hard-cover books in their sea-bags but can carry a virtual professional library anywhere they travel. The US Navy makes thousands of e-books available on loan to sailors around the globe, at sea and ashore. The opportunity to learn from the experiences of other soldiers, airmen and sailors throughout history is invaluable. I like to say that none of us has the time to make all the mistakes ourselves… so, we should learn from the mistakes and successes of others. All senior leaders should encourage their subordinates, both officer and enlisted, to wisely use the time between battles and high-tempo operations to mentally prepare for the next time they are called upon to lead and be led.