Even if we wish fervently, we cannot run away from wars. In the past 5,600 years, only 10 generations could enjoy uninterrupted peace in their lifetimes. The remaining 177 generations fought as many as 14,550 wars of various magnitudes. It proves that wars could not have been incidental, nor could they be dismissed as aberrations. There is something more fundamental to war than peaceniks would like to admit. 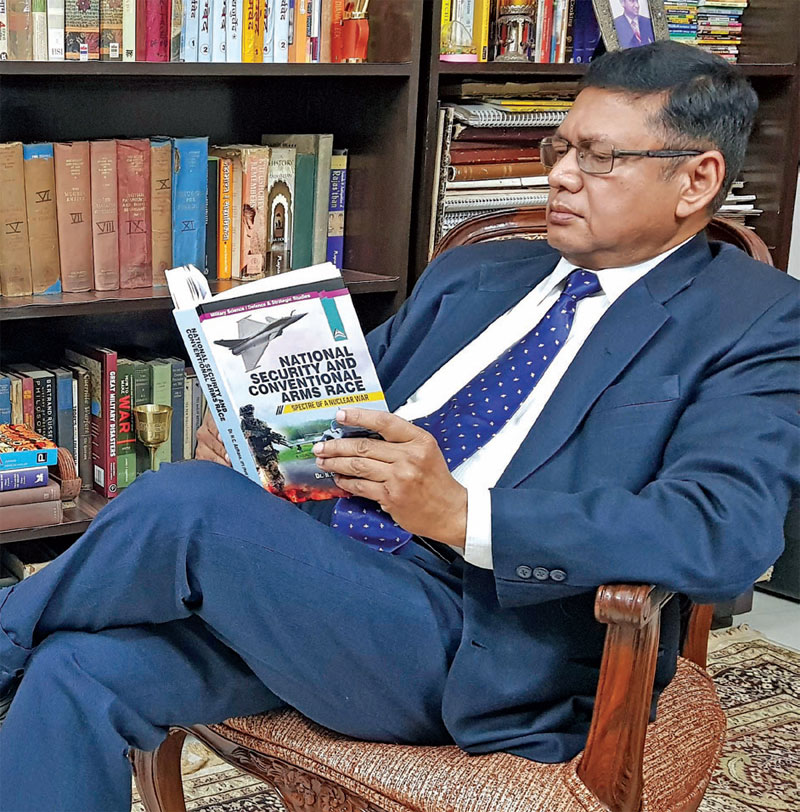 History stands witness; men’s greatest feats of courage and invention have taken place when they were at war. The human race must therefore learn to appreciate the proper function of war. This is as much an intellectual exercise as it is a military one.

Great military leaders have had one important thing in common; they were all superior thinkers. It is only a person equipped with a sound knowledge of military science and history who can properly apply the skills of analysis, interpretation, inference, and evaluation to strategic, operational, and tactical problems of all kinds.

There are no shortcuts to knowledge and good, old-fashioned reading is still the most reliable way of acquiring it. Some of the books I cherish and recommend to fellow officers include the following.

The Face of Battle by John Keegan is military history from the battlefield, a look at the direct experience of individuals at the ‘point of maximum danger’. Discarding the usual rhetorical, post-facto, self-aggrandizing quotes of generals or recollections of excited soldiers, it focuses on the practical mechanics of battle and busts many popular myths about warfare including the effectiveness of weapons and formations, and other measures of tactical importance. The book tells us what combat meant for the participants, whether they were facing the cloud of arrows at the battle of Agincourt, the musket balls at Waterloo, or the steel rain at the Somme.


On the Psychology of Military Incompetence by Norman Dixon applies insights from psychology to military history. His basic premise is that success or failures in military operations are often due to the personality or psychological make-up of the commander. He has examined various military disasters and the role of the personality of the commander in them. From them, he deduces how large and costly enterprises like armed forces come to be commanded by authoritarian types, fawning to superiors and often harsh or uncaring to inferiors, with a pronounced scorn of intellectual and artistic endeavour, subservience to tradition, and emphasis on virility.

How to Make War by James Dunnigan must not be regarded as a book for the armchair general, as the title might mislead some to think. This treatise demystifies the complex business of war for the nonprofessional. From the cutting edge of cyber war to terrorism, it presents an exhaustive exposition of modern, complex weapons, armed forces, and tactics in lucid terms. Loaded with great technical knowledge, this work forewarns and forearms, the Free World of the conflicts ahead including nuclear, chemical, and biological weapons; and Third World ballistic missiles besides conventional warfare.

Historic Battles of India: A Study in Military Science by N. C. Asthana and Anjali Nirmal presents a dispassionate analysis of as many as 103 historic battles starting from Alexander and ending with the Mutiny of 1857, that shaped the course of Indian history. The analyses answer the perplexing question as to why Indian rulers consistently lost to outsiders even as they did not lack in resources, material or human. They point out that military history in India has conventionally been reduced to an exercise where jingoistic rhetoric rules over unpalatable facts and posit that if the past is not analysed objectively, the building of the future will be based on illusions and misplaced pseudo-patriotism instead of proven facts. 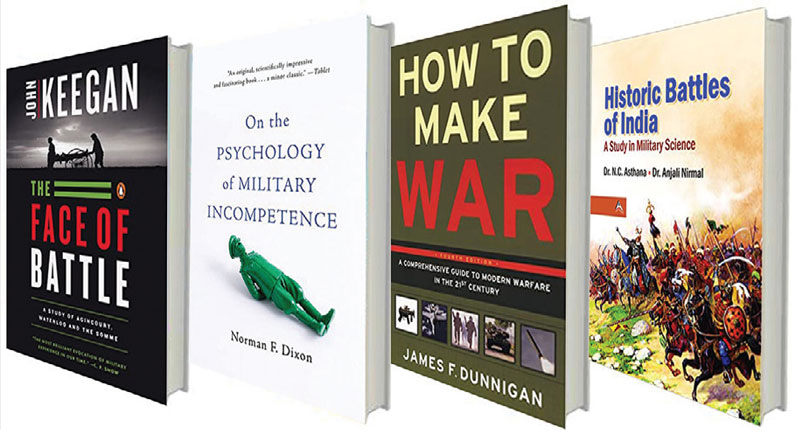