How R&AW planned and executed the devastating attack on East Pakistan’s ports. An extract 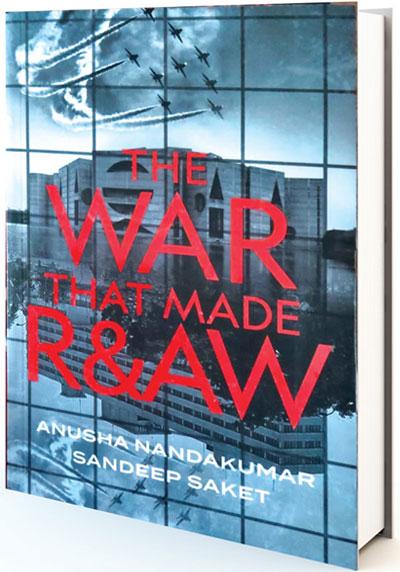 At the time, Kao and Indira Gandhi were walking a perilous tightrope. Covertly, they were doing everything they could to extend support to the Muktijuddho. But officially, their hands were tied. Any overt gesture of support for East Pakistan would be seen as an act of aggression in the eyes of the world, and Pakistan would never stop playing the victim if that happened. Moreover, the US and China were waiting for a reason to lash out at India.

Kao and Gandhi had discussed this for hours before coming to a single conclusion: Pakistan had to be forced into making the first move. And they had to make that happen as fast as they could. Kao decided to step up the pressure through the attacks by the Mukti Bahini.

It was during this time that the names ‘Mukti Bahini’ and ‘R&AW’ began to be used interchangeably by the Indian armed forces.

The guerrilla force was supplied with mortars to up the scale of the destruction. Smooth bore guns for firing shells or bombs were included in the next supply of artillery to the Gano Bahini. While the Niyomito Bahini took care of the frontal attacks, the Gano Bahini operated the mortars and did the auxiliary damage.

Simultaneously, specialised training was imparted to the naval commando unit of the Mukti Bahini. Naval commandos who had defected to join the Muktijuddho, about 160 of them, were pulled off their current missions. They were given a new task—sinking ships.

West Pakistan had two routes to reach East Pakistan: airways and the Indian Ocean. India had successfully prohibited their air travel through Indian airspace, and now the plan was to cripple their access to the water as well. This mission was named Operation Jackpot. Commodore Abdul Wahed Chowdhary, one of the defecting Bengali submariners, led the team as the chief of Operation Jackpot. He was able to use the expertise he had gained as a submariner on PNS Ghazi in 1964. After the 1971 war, he would serve in important positions of the Bangladesh Navy, as the director of naval intelligence and as a member of the National Committee.

Additionally, the best swimmers from the Mukti Bahini camps were handpicked by the Indian Navy. They underwent specialised training for up to eighteen hours a day—a rigorous module that included swimming, night swimming, underwater swimming, underwater demolition, night demolition, object demolition training, the use of limpet mines, survival training, and hand-to-hand combat, among other things. Limpet mines, especially, required advanced training. These magnetic naval mines that are used to damage ships below the waterline are hard to handle, and swimmers have to carry them on their chest.

Slowly, Kao bult a navy for the Mukti Bahini. By the time the monsoon had arrived in India and East Pakistan, the commandos were ready.

The monsoon season, extending from June to September, favoured guerrilla tactics. Two-thirds of East Pakistan was waterlogged during these months, limiting mobility on roads, railways, and river crafts. The India-East Pakistan border was around 2,000-kilometers long and devoid of natural obstacles. Several roads and railway lines were close to the border and vulnerable to attack. The interior of East Pakistan could be reached easily by guerrillas from the border areas via river ways and delta channels.

The Mukti Bahini took full advantage of the weather. The monsoon restricted the Pakistani Army’s mobility, but the guerrillas continued to mount small, deep raids from their sanctuaries in India as well as from remote border enclaves. The number of raids increased during the rains, as did the wreckage and terror they caused. No less than 1,371 ambushes were organised in the monsoon of 1971. A steady attack on public property continued. The onslaught damaged 123 road and rail bridges, derailed 12 trains, and destroyed 31 sections of railways tracks as well as 149 sections of telegraph and telephone lines and poles. Detachments of the Pakistani Army were attacked by the Mukti Bahini causing more than 1,000 casualties, which were duly reported by the foreign press. The Pakistani Army was then forced to use vicious counter-insurgency tactics, which increased the hostility of the disaffected East Pakistani population.

It was during this monsoon that the date for Operation Jackpot was set.

The operation, which would go down in the annals of history as one of the most successful naval missions ever to be conducted, was planned for the last week of July. Only a handful of people were to be involved in the planning phase. Information on river tides, weather, and East Pakistan’s naval infrastructure and deployment was collected through the Mukti Bahini. Selected commandos were sent to forward bases in Tripura and West Bengal, where a final briefing was given to them. One group would go to Chittagong, another to Chandpur and Narayanganj, and the third to Mongla. The mission of the operation was to launch simultaneous attacks in four ports: Chittagong, Mongla, Chandpur and Narayanganj.

Taking advantage of the abundance of rivers in East Pakistan, the three groups left in the dead of night in boats. Each commando was equipped with a pair of fins, a knife, a limpet mine and swimming trunks. Some had compasses, and one in three commandos carried sten guns and hand grenades. Their food supplies were limited. The group leaders also carried transistor radios.

The commandos set off on their respective expeditions on 27 July 1971. They had an arduous journey ahead, as they would have to traverse the Sunderban delta to reach their destination ports. They were under strict order not to engage enemy targets en route unless it was absolutely necessary.

They almost always travelled at night, lying law during the day at safe houses set up over months. They used the daylight hours to stock up on their food and water rations with the help of undercover R&AW agents and Mukti Bahini members.

The journey lasted more than two weeks. They silently made their way into enemy territory, warding off tigers and crocodiles slipping past the Pakistani Army’s eyes, and keeping their morale up, even as their supplies dwindled and physical ailments took over.

During this time of extreme physical and emotional hardship, the one thing that kept them motivated was listening to pre-recorded speeches of their beloved Bangabandhu on the Swadhin Betar Bangla radio channel.

The Swadhin Betar Bangla first came to prominence when Sheikh Mujibur Rahman broadcast a message to the people of East Pakistan, inspiring them to keep up the freedom struggle even after his arrest on 25 March 1971. Two days later, on 27 March, Maj. Ziaur Rahman had proclaimed an independent Bangladesh from this very radio station. It continued broadcasting in bold defiance of the military regime till the Pakistani Air Force (PAF) bombed the station in Chittagong, destroying it.

Nevertheless, a group of radio artists managed to cross the border and revive the channel in India. They resumed transmissions from the headquarters of the provisional government set up in Calcutta on 25 May 1971. Later, after receiving a 50 kW transmitter from the Indian government, the radio artists secretly set it up at an undisclosed location near the border.

During Operation Jackpot, the station was instrumental in communicating the all-important cue for action, embedded in a chosen radio programme, to the naval commandos. On 14 August, the leaders of all three commando groups started up their transistor radios and tuned in to Akashvani, the West Bengal branch of the All India Radio.

Across the border, in Delhi, a similar transistor radio was playing the same station. This one was sitting on Kao’s desk, with Kao and Nair seated on either side.

In Calcutta, the radio jockey checked the time and played the song.

This song was the first signal for the three groups. It was a warning signal, instructing the commandos to get ready for action. In other words, they had to proceed to their target ports and wait for the next message to carry out the attack. Accordingly, the teams covered the remaining ground that night, getting as close to the ports as possible.

The group headed by Abdul Wahed Chowdhury was tasked with hitting the Chittagong port. They found themselves crouching in dense bushes behind a Mukti Bahini safe house, while the driver of a passing Pakistani Army truck relieved himself on the road.

Chowdhury checked his watch impatiently as the driver strolled back to the truck, got inside and started the ignition and left without incident. Chowdhury pulled his radio out of this pack and switched it on at the decided hour. The others looked on tensely as he fiddled with the controls until he found the right frequency.

(I ask no reward for the songs I sing to you…)

This second song was the action signal. It was their command for the attack.

Chowdhury snapped the radio off and raised his hand. They had been given the go ahead.

It was 16 August. At around 2 a.m., sixty commandos participated in the Chittagong operation. Quickly and silently, their boats rolled out and they sneaked into the port using the Intelligence provided by on-ground assets. Once inside, they worked fast, having rehearsed this sequence for what had seemed like a hundred times. There was strong wind and a light drizzle. The commandos had to swim against the strong currents of the Karnaphuli River. When they reached the target ships after swimming six to seven feet underwater, they scraped the dirt off the vessels with a knife and attached limpet mines on every Pakistani Army ship till they ran out of mines. The instructors had taught them to identify the best spots to place the explosives so that the vessel would suffer maximum damage.

They were also shown how to set up separate changes on the cables so that the ships would come crashing down horizontally, further crippling the ports.

Timers were attached to the limpet mines. The commandos set the timers and began to swim to where the boats were tethered. Their orders were clear: Run like hell and don’t look back. The mines detonated with a deafening sound before they could swim ashore, though. Orange sparks of fire rained into the water. However, they all managed to escape death. As they saw the ships explode, ‘Joy Bangla’ was all they said.

Assets stationed outside the ports relayed the success of all the attacks to R&AW. Kao and Nair, who had both been sitting on the edges of their chairs, leaned back slowly with relief.

Kao called the PMO and informed Haksar about the success of Operation Jackpot.