The process of indigenisation began in 1960s, yet continues to flounder 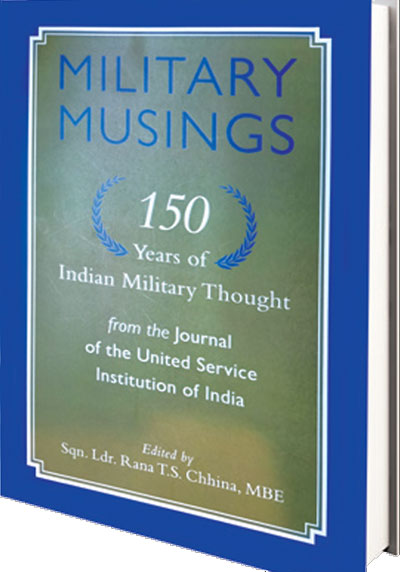 A country cannot exercise its independence in this turbulent world when it is dependent on foreign countries for military equipment for its defence forces. A beginning was made during the ’fifties to start the manufacture of some aircraft, equipment and the Vampire and Gnat aircraft with the associated engines under licence at the Hindustan Aeronautics at Bangalore. Steps were also taken to produce bombs and ammunition.

If was only in the early ’sixties that big decisions were taken to make India independent of foreign sources in military equipment, particularly Air Force equipment. It was decided to establish factories at Nasik, Koraput and Hyderabad to manufacture Mig-21, and its engine and electronics, which had been acquired in small numbers by the Indian Air Force in the early ’sixties. It is not my purpose to recount here all the facilities established for manufacture of Air Force equipment but to show that firstly, whatever the cost, the Air Force (in fact, all Defence Services), should not depend on foreign sources for military equipment and secondly, that India has taken big steps in that direction.

Our emphasis on research and development has not, however, been quite satisfactory. At present, all sophisticated equipment, particularly the aircraft, engines and electronics, is being produced under licence. The Air Force has always been eager to establish manufacture within the country and has been generous in sending officers and airmen on deputation to fill gaps in the technical cadres of aeronautical factories, but there is a need for a permanent and strong cadre of engineers, designers and scientists.

Till 1960 we thought of danger mainly from Pakistan and all our defence build-up was to meet the threat from that direction. We neglected our defences in many other parts of India, particularly Eastern India, where we found ourselves unprepared to face the Chinese attack in 1962. The Air Force assisted only in giving transport support to the Army which had to fight under some very difficult conditions in areas for which they were not fully trained, and with equipment not quite suited to fighting in those areas.

I recall my few air-dropping sorties; it was quite pathetic to see so much air-dropped stores lying on the restricted, and inaccessible sloping D.Zs., at high altitudes because no proper arrangement existed for their collection. The troops required to collect those stores had to man their defences and be ready for fighting. Much of that equipment (unpacked) was handed back by the Chinese after cease-fire.

The Indian Air Force was fairly well equipped at the time of the 1962 Chinese attack. I have no personal knowledge, but the decision not to use it in the offensive role was, perhaps, taken so as not to extend the war in other dimensions. However, soon after that short war with China ended, the Air Force was required to build up to its authorized ceiling of 45 squadrons with training and supporting units and expand further, resources permitting. A force of 45 squadrons properly equipped, trained and maintained is however, quite formidable.

It was only during 1965 that the Indian Air Force (in free India) was put to a test in its over-all role of air-defence of the country and air support of the Army; there was hardly any occasion to support the Navy in the Indo-Pak conflict. The Pakistan Air Force had been building up for a showdown with India for the past 10 years or so and was getting generous help from America, free of cost. India had to build up its Defence Forces, maintain them and keep them up-to-date with its hard earned resources bearing in mind many other socio-economic demands.

In August 1965, Pakistan launched their so-called raiders, all serving men in indifferent uniforms, from various directions into the valley of Kashmir and some parts of Jammu. India tried to localize and capture those raiders and, if possible, avoid extension of war at any other place.

In this operation against the raiders, the IAF tried an experiment of dropping bombs and also machine-gunning from Mi-4 helicopters. The pilots in the helicopter would locate the raiders and use appropriate weapon to attack them. However, all those methods, though fairly successful, did not completely control the raiders, who were able to harm the peaceful people of the valley, and at places disturb its communications.

It was to shut off the main route of raiders that India decided to capture the Hajipir Pass. The attack on the Hajipir Pass gave an excuse to Pakistan to launch a strong attack with tanks, artillery, etc., at a place of their choosing, the Chhamb-Jaurian sector, a place difficult to defend and the capture of which would have placed India in a very serious disadvantage in supplying our forces in the Poonch-Rajauri-Naushera sector. Furthermore, the Pakistan plan was to cut the Jammu-Srinagar road, endanger the Valley, help its raiders and put additional forces for its complete capture.

The attack on Chhamb-Jaurian sector came on the morning of September 1st, 1965. The advance of the Pakistan Army was quite fast. It was apparent that the attack was aimed at the capture of the Akhnoor Bridge, so vital to the existence of our forces in the north. It was at about 5 a.m. that the Army Chief and myself went to the Defence Minister to give him the latest situation and to ask for the use to the Air Force in its offensive role to stem the advance of the Pakistan Army.

Permission obtained, the Indian Air Force was able to put up 28 aircraft from its base at Pathankot within half an hour and attack the advancing force just before sunset. Whatever the damage caused, the air attack certainly came as a surprise to Pakistan who had always imagined that India, being a peaceful and non-aligned country, will never decide to use its Air Force in a conflict of that nature. They had completely forgotten the motto that when in a tight corner, one must always use all the means at one’s disposal to defeat the enemy.

The Indian Air Force lost four Vampires (obsolescent) and three pilots but the Pakistan Army did not advance an inch beyond and got bogged down in a stalemate. Thereafter, for a few days, fighting on the ground and in the air continued in the Chhamb-Jaurian sector without any appreciable movement on either side. That state of affairs could not be accepted. It was under those circumstances that the decision to launch attacks in the other sectors was taken; the attack on the Lahore front was launched in the early hour of September 6.

The part played by the Air Force in that short war of 22 days is fairly recent and well-known. It, however, pinpointed the weaknesses existing in our service. One of them was the inadequate radar coverage for air defence. There were also some others which were rectified within two or three years. Some Pakistan Air Force aircraft were equipped with air-to-air missiles and the IAF had to devise ways and means to fight the air battle without being placed at a disadvantage. It was with that purpose in view that air fighting was, as far as possible, restricted to lower altitudes.

Gnat, a tiny aircraft, presented a very small target and its manoeuvrability played an important part in gaining air superiority. That aircraft was not very popular in the service before the Indo-Pak conflict; it had given some trouble in its maintenance and a few defective parts. However, it established its reputation through the superior handling of our pilots. The Air Force also attacked many military targets far and wide all over West Pakistan right up to Peshawar and in all those attacks lost only one Canberra; that was during the last sortie before the cease-fire was enforced.

The Air Force during these two decades or so, of its independence has developed into quite a formidable force. By participation in two wars it has learnt much and improved itself in many ways. By its transport support, both in the Western and Eastern sectors all these years, it has gained unique experience of operations at very high altitudes and in restricted valleys. These operations have helped the Army and the civil administration in maintaining morale at many isolated places which are ill-served by other means of communications. The Air Force has established reasonably good maintenance facilities at all levels as without them it is not possible to maintain a force economically and sustain it in operations for any length of time.

Finally, I would like to emphasize that our country, faced with threats from some neighbours, must maintain a strong Air Force so that it acts as a deterrent; that applies to the other Defence Services also. It is, in the long run, more economical to maintain an up-to date and efficient Defence Force than to fight a war started by a hostile neighbour under the mis-apprehension of our being weak militarily. India should never again lapse into complacency and should always maintain a strong Defence Force, so essential for mental peace, physical security and economic progress of the nation.

(From the chapter The Indian Air Force and its Role in the Country’s Defence, written in 1970)