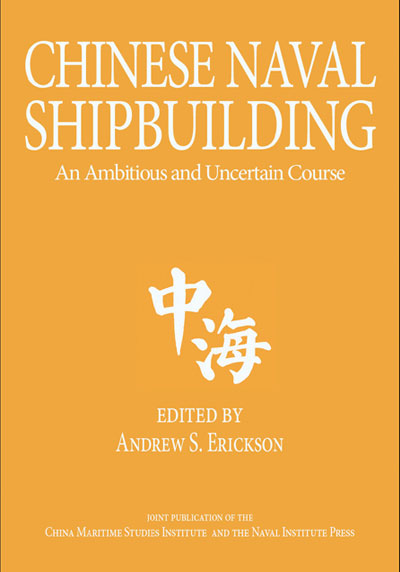 Information technology is changing how we do business, shop communicate, make friends, and make war. The information revolution is staggering in its scale. In 2015, global spending on information technology was expected to exceed $3.8 trillion, or double all military spending-procurement, research and development, personnel, construction-by every country on Earth. The scale of this investment, along with continued exponential growth in computing power, practically guarantees disruptive change. Indeed, in the past two years the U.S Navy has demonstrated three novel capabilities that would have been difficult if not impossible without advanced computers-landing an unmanned aircraft on a carrier, landing a tailless aircraft on a carrier, and performing automated aerial refueling with an unmanned aircraft. As the information revolution continues, in what ways might it change warfare?

One of the core features of the information revolution is the “datafication” of our world-the generation of large amounts of digital data. Combined with the fact that computers make it almost costless to copy information, this has resulted in a freer flow of information that is making this world increasingly transparent. Satellite images, once the province only of superpowers, are now available free online. Even secret government data is not a secret as it once was. Edward Snowden, a U.S intelligence community contractor, has been reported by the U.S government to have stolen in excess of about 1.7 million documents, the largest leak in history. A leak of such scale would have been nearly impossible in a predigital era. Compare, for example, the Vietnam-era Pentagon papers, seven thousand pages that were photocopied by hand. The datafication of our world combined with the ease with which digital information can be copied and shared is leading to a world that is more transparent, with secrets harder to keep on all sides. Sifting through this massive amount of data, particularly when it is unstructured and heterogeneous, becomes a major challenge.

Information technology is increasing the degree of connectivity between people and things, both in terms of the number of people and things online as well as the volume and bandwidth of information exchanged. As the Internet continues to colonize the material would, more objects are increasingly networked (i.e, Internet of things), enabling remote access and information-sharing, as well as making them susceptible to hacking. Social media enables many-to-many communication, allowing any individual to share their story or report on abuses of authorities. The result is a fundamental shift in communication power dynamics, upending relationships between individuals and traditional authorities. In addition connectivity allows crowdsourcing of problems and ideas, accelerating the pace of innovation and the velocity and volume of human communication.

The importance of the information revolution for the future of war is well recognized on both sides of the Pacific. Since at least the 2000s, China has sought to build a military capable of winning “localized wars under informatized conditions.” Chinese military sources prioritize control of the information environment as a key aspect of modern military operations, particularly since the “revolution in military affairs.” Chinese analysts describe a fundamental shift in the relative importance of material power vis-à-vis technological development and information systems. For example, Chinese semi-official doctrinal sources, such as Science of Military Strategy, state that while material power and capability remain important, information has replaced them as the “dominant factor” in modern warfare.


The evolution of information technology and Beijing’s expanding security interests are shaping China’s military and naval development in profound ways. The 2015 Military Strategy released by the Ministry of Defense states that “the national security issues facing China encompass for more subjects, extend over a greater range, and cover a longer time span than at any time in the country’s history.” As China’s near and far seas interests expand, deterring or winning probable future conflicts requires military systems capable of quickly generating decisive and disruptive advantages early in a future campaign.

While China retains an “active defense” posture in the strategic sense, Chinese naval modernization is prioritizing capabilities that enable localized offensive operations-such as information attacks, firepower attacks, air-sea blockades and island landings. The importance of offensive-enabling capabilities seems to be recognized at multiple levels of the People’s Liberation Army (PLA). For example, in a 2014 article, the commander in chief of the Chinese navy, Wu Shengli, implicitly argues for the adaptation of more offensive capabilities through highlighting the strength of the Japanese navy vis-à-vis China’s in the Sino-Japanese war: “In a few short years [the Japanese navy’s] power surpassed that of the Beiyang. [Japan] followed the West’s example and under took reforms, setting up joint fleets and unifying command of the navy. They placed emphasis on offensive combat at sea, using all of their power to seize command of the sea, and taking the initiative in wartime”(emphasis added). Similarly, Science of Military Strategy argues, “Future naval limited warfare will depend on offensive operation to seize the initiative and secure victory.”

Accordingly, not only has naval modernization become a priority effort in Chinese military strategy- along with supporting air, space, and cyber capabilities-but China is also striving to achieve unique advantages enabled by information technology. For example, Science of Military Strategy emphasizes semi-large-scale, semi-high-intensity antisecession wars, likely linked to a conflict scenario across the Taiwan Strait. This strategic assessment has important implications for the Chinese navy, as the most likely threats are “maritime limited military conflicts” and the conflict scenarios for which China should focus its preparation are “semi-large-scale, semi-high-intensity limited maritime wars under nuclear deterrence conditions” (emphasis added).

The information revolution enables and even incentivizes the Chinese military to pursue technologies that afford opportunities to overcome material asymmetries. As suggested in the 2015 Military Strategy, advanced militaries emphasize the development of “long-range, precise, smart, stealthy, and unmanned weapons.” China is thus pursing breakthrough information technologies comparable to its competitors. However, China simultaneously recognizes that adversary reliance on information systems renders them uniquely vulnerable. As a result, China has prioritized the control ad paralysis of key adversary information systems, both in its doctrine and in its technological development.

First-generation information technology has enabled reconnaissance strike network consisting of sensors, command and control networks, and precision-guided weapons. These allow military forces to detect and destroy enemy forces with great precision over long distances. They represent a fundamental shift from a prior warfighting regime of unguided weapons, which depended on mass, maneuver, and volume and density of fire.

As the information revolution matures, reconnaissance-strike networks will give way to reconnaissance-strike swarms, with larger numbers of autonomous, networked, cooperative forces on the battlefield; larger volumes of information flow; and a faster tempo of operations. As militaries continue to evolve their concepts of operation to a maturing information revolution, four contests will shape the future of warfare: hiding versus finding, understanding versus confusion, network resilience versus network degradation. And hitting versus intercepting.

While information technology is enabling greater transparency, connectivity, and more intelligent machines, war occurs in a competitive environment. Many of the same technologies that can be used to increase understanding and lethality on the battlefield can also be used to disrupt adversary operations and sow confusion. While militaries will seek dominance on both sides of these contests, technological developments may alter the inherent characteristics of future war such that they favor one side or the other of these contests.

One of the prominent features of information-enabled warfare to date is the development of precision-guided weapons that can strike ships, aircrafts, and bases at long distances. Defensively, this has placed a premium on hiding. Nonstate group seek to blend into civilian populations. State actors rely increasingly on mobile systems, such as mobile air defense systems and mobile missile launchers. Because of these adversary innovations in hiding, offensive operations are often limited by intelligence, surveillance, and reconnaissance (ISR) capabilities. For the past two decades, the United States has been on the offensive side of this exchange. However, adversary developments in long-range precision strike are forcing Washington to think more carefully about concealment strategies as well, including at sea.

One important asymmetry in the hiding versus finding contest is the ability to leverage increasing computer processing power to sift through noise to detect objects, including synthesizing information gained from multiple active or passive sensors. This makes it increasingly difficult for those seeking to hide because they must conceal their signature or actively deceive the enemy in multiple directions at once and potentially against multiple methods of detection. Advanced electronic warfare measures enable precision jamming and deception, but these methods require knowing the location of enemy sensors, which may be passive. Thus, a contest of hiding and finding capital assets may first depend on a preliminary contest of hiding and finding distributed sensors and jammers lurking in the battlespace. These techniques, both for distributed passive sensing and distributed precision electronic warfare, depend upon effectively networked, cooperative forces, which are intimately linked with other contests.”

Because precision-guided weapons can deliver a high volume of lethal firepower directly on a target, whoever gets the first salvo may decide victory, both at sea and in the air. Getting that first shot may also depend increasingly on one’s ability to effectively hide, while deploying sufficient sensors to find the enemy first. The maxim “look first, shot first, kill first” may apply not only in beyond-visual-range air-to –air combat, but all domains of warfare as well.

Technology areas that could enhance hiding include:

Technology areas that could enhance finding include: