A lifetime of memories, experiences and learning. An extract 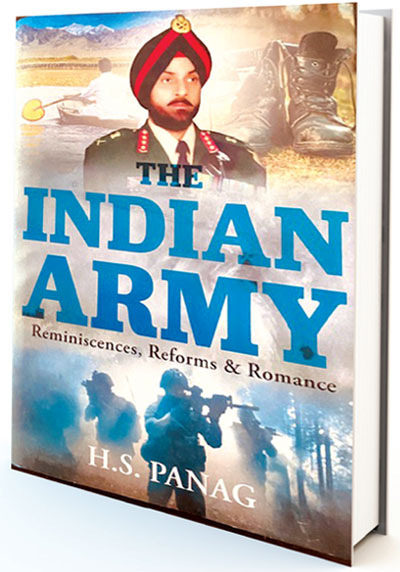 As India is in the middle of a high-pitched, national security-driven campaign by the BJP this Lok Sabha election, the real question to ask is—is patriotism or nationalism the primary motivation for soldiers while fighting in battle?

Or, are there other factors that drive a soldier to overcome fear and face shelling and machine gun firing to accomplish his/ her mission? The subject is complex, and all armies across the world in the wake of major wars have carried out detailed studies to find an answer to this question. But mostly US military studies are available in the public domain.

What keeps a soldier going?

The Armed Forces, including in India, go through rigorous training and education to self-actualise and conform to military needs in a battle.

The military takes into account the fundamental individual needs as spelt out by American psychologist, Abraham Maslow—physiological, safety, belonging/love, self-esteem and self-actualisation—and ties them up with military needs—discipline, courage, tenacity, initiative and so on. Codified and enforceable rules, regulations and military law bridge the gap between the ideals of military character and individual shortcomings.

The American sociologist, Samuel Stouffer, documented the behaviour of the Second World War combat infantrymen in his book, The American Soldier, and found that when soldiers were asked about their sources of support during combat, the predominant reply was ‘That you couldn’t let the other men down.’ Stouffer’s study argued that ideology, patriotism or fighting for the cause were not the driving factors for combat motivation in Second World War soldiers. Cohesion or the emotional bond between soldiers appeared to be the primary motivating factor in combat.

Simply put, soldiers fight because of unit/sub-unit cohesion. They do not want to let down their comrades or appear cowardly. Social cohesion among soldiers strengthens the unit, which finally translates into mission cohesion in a battle.

How Indian Armed Forces interpret it?

The Indian Army’s system too is tailored to promote individual, unit and mission cohesion.

It follows the regimental system in infantry, armoured corps and artillery branches, and to some extent in the corps of engineers. Where the units are not organised on the basis of regiment, the army provides regimentation through the corps ‘spirit/ ethos’. Even the Air Force and the Navy use the ‘service ethos’ in lieu of regimentation.

The regimental system ensures long unit tenures. The infantry and armoured regiments are like a second home to a soldier where she/he spends his/her entire service, barring one or two tenures outside the unit. Even in combat-support arms and services, the minimum tour of duty is three years.

US sociologists, Edward A. Shils and Morris Janowitz in their study on German soldiers, “Cohesion and Disintegration in the Wehrmacht in world War II” found that as opposed to the common belief that Nazi nationalism was the predominant motivating factor for soldiers, unit solidarity mattered more.


In India, we have retained the Colonial legacy of fixed class composition at unit or sub-unit level in our fighting arms, and to some extent in artillery and corps of engineer units as well. ‘Class,’ in military terms implies a single religion or caste. In fixed class composition, religion and caste pride enhance unit cohesion. This concept militates against the idea of India, but has been retained due to the obvious advantages in a battle and is based on a 200-year-old tradition. The overall secular ethos of the Armed Forces compensates the negative fallout.

In such a scenario, what role does patriotism play in motivating a soldier in battle?

In the Indian Armed Forces, patriotism is an umbrella concept for motivation. An Indian soldier takes oath on the Constitution. Patriotism is an integral part of the military training curriculum. Culturally, it is omnipresent in our insignia, salutations and ceremonial functions. Our Armed Forces are the epitome of ‘unity in diversity’.

‘Constitutional patriotism’, as opposed to nationalism, is the latent but omnipresent motivational factor for the Indian military in a battle. We fight for our comrades, units and regiments, but the main objective is to ensure that the Tricolour flies high.