Chinese attempts to forge a new kind of globalization. An extract 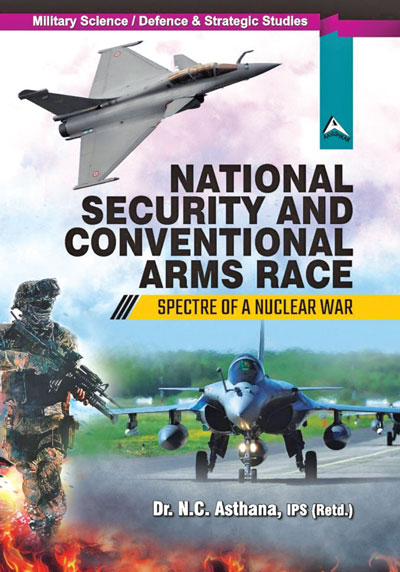 China’s Malacca Dilemma: China’s presence in Southern Asia has been on the rise since the mid-2000s when Chinese leaders began to appreciate that their country’s dependence on the Malacca Strait and the Lombok/ Makassar Strait as primary conduits for energy supplies could leave it vulnerable to economic coercion during a conflict with the United States. The Malacca Strait is a narrow and congested waterway separating Indonesia and Malaysia, with Singapore located at its southern tip. As the shortest route between the Indian and Pacific oceans, the strait is one of the world’s most important waterways. More than 60,000 vessels transit the strait each year, carrying 25 per cent of global trade. The Lombok/ Makassar Strait passes through the Indonesian archipelago. It is used mainly by Very Large Crude Carriers. In November 2003, President Hu Jintao declared that ‘certain major powers’ were bent on controlling the strait, and called for the adoption of new strategies to mitigate the perceived vulnerability. lan Storey of the Institute of Southeast Asian Studies, Singapore called it the country’s ‘Malacca dilemma’ prompting one newspaper to declare, “It it no exaggeration to say that whoever controls the Strait of Malacca will also have a stranglehold on the energy route of China”. To reduce its strategic vulnerabilities, the PRC seeks to diversify its sources of energy imports away from the Middle East and is considering financing transit routes that would bypass the Malacca Strait altogether. However, all these proposals involve significant financial outlays, technical problems, and security concerns.

This realisation prompted China to focus more on the security of sea lanes stretching from the North Arabian Sea to the Malacca Strait, as well as invent in infrastructure development to sustain alternative trade routes. As Yang Xiaoping (visiting scholar, South Asia Programme, Carnegie Endowment for International Peace) observes, the USD 1 trillion Belt and Road Initiative, the China-Pakistan Economic Corridor, and the proposed Bangladesh-China-India-Myanmar Economic Corridor are meant to resolve China’s Malacca dilemma’, while facilitating the development of its western provinces.

Influence via Infrastructure: Hailed as a ‘new kind of globalisation,’ China seeks to dispense with the rules of the aging Western-dominated institutions through this initiative. The ultimate objective is to refashion the global economic order, drawing countries and companies more tightly into China’s orbit. With growth slowing at home, China is producing more steel, cement and machinery than the country needs. Therefore, they are looking for new markets for Chinese industry in the rest of the world, particularly developing countries. Cao Wenlian, Director General of the International Cooperation Centre of the National Development and Reform Commission calls it ‘New Globalization 2.0’—global commerce on China’s terms. Jane Perlez (Beijing Bureau Chief, NYT) and Yufan Huang (School of Advanced International Studies, Johns Hopkins University) explain it as more audacious version of the Marshall Plan, America’s post-war reconstruction effort. Back then, the United States extended vast amounts of aid to secure alliances in Europe. China is giving hundreds of billions of dollars of state-backed loans in the hope of winning new friends around the world, but without requiring military obligations. Perlez and Huang note in the New York Times that massive infrastructure projects form the backbone of China’s ambitious economic and geopolitical agenda, which could be described as ‘Influence via Infrastructure’.

CPEC: The CPEC (China-Pakistan Economic Corridor) is a collection of infrastructure projects that are currently under construction throughout Pakistan. Originally valued at $46 billion, the value of CPEC projects rose to $62 billion in 2017. CPEC is intended to rapidly modernize Pakistani infrastructure and strengthen its economy by the construction of modern transportation networks, numerous energy projects, and modern transportation network of highways and railways are to be built under the aegis of CPEC that will span the length and breadth of Pakistan. Modern transportation networks built under CPEC will link seaports in Gwadar and Karachi with northern Pakistan, as well as points further north in western China and Central Asia. A 1,100 kilometre long motorway will be built between the cities of Karachi and Lahore as part of CPEC, while the Karakoram Highway from Hasan Abdal to the Chinese border will be completely reconstructed and overhauled. The Karachi-Peshawar main railway line will also be upgraded to allow for train travel at up to 160 km per hour. Pakistan’s railway network will also be extended to eventually connect to China’s Southern Xinjiang Railway in Kashgar. The estimated $11 billion required to modernise transportation networks will be financed by subsidised concessionary loans. Over $33 billion worth of energy infrastructure are to be constructed by private consortia to help alleviate Pakistan’s chronic energy shortages—the CPEC plans to pour in 10,400 MW against a shortage of 4,500 MW. A network of pipelines to transport liquefied natural gas and oil will also be laid as part of the project, including a $2.5 billion pipeline between Gwadar and Nawabshah to eventually transport gas from Iran. The value of the CPEC projects would be roughly equivalent to all foreign direct investment in Pakistan since 1970.

Gwadar is a deep-sea port next to the Strait of Hormuz, the key oil route in and out of the Persian Gulf, built with Chinese funding and operated by mainland firms. According to a report of the Hong-Kong based South China Morning Post in March 2017, although the port is not home to any PLA installation, navy ships are expected to dock at the facility in the near future. On November 13, 2016, CPEC became partly operational when Chinese cargo was transported overland to Gwadar Port for onward maritime shipment to Africa and West Asia while some major power projects were commissioned by late 2017.

India’s Options and, Why it Must Come to Terms With Reality

India’s primary objection to OBOR is that the initiative violates its sovereignty (the Karakorum Highway, slated for expansion under the China-Pakistan Economic Corridor, traverses Gilgit-Baltistan, which is claimed by India). India also appears to be deeply concerned that Beijing’s loan practices could create an ‘unsustainable debt burden’ for neutral countries in India’s neighborhood, potentially threatening Indian interests by making these governments more amenable to Chinese suasion and coercion. Frankly, we can do little about it though.

I agree with Yang Xiaoping that India must accept the emerging geopolitical reality that it will no longer be able to dominate its neighbourhood, and give up on having a ‘sphere of influence’ in Southern Asia independent of China. India may seek to create ‘buffer space’ to counter China’s influence, but this approach is unlikely to succeed, for both China and India’s smaller neighbours are willing and in fact happy, to enhance the linkages. If India chose to balance China in the region through a ‘soft alliance’ with the United States, China will likely respond by increasing its influence with other states in the region to hedge India’s leadership.

Rajesh Rajagopalan of Centre for International Politics, Jawaharlal Nehru University, rightly notes that while India is rising power, its transformation is occurring in the shadow of China’s even more impressive ascent. Beijing’s influence will almost certainly continue to grow and has already upset Asia’s geopolitical balance. I agree with him that Beijing’s ability to provide financial assistance and balance against New Delhi may tempt India’s smaller neighbours to play one power against the other, undermining India in its own backyard. Further, forging regional partnership would be an insufficient complementary means of countering China, because China is already wealthier and stronger than India or any combination of other is already wealthier and stronger than India or any combination of other Asian powers. A closer alignment with the USA would not really help us in case of a war with China, the manners in which it can help us are rather limited in their effectivity. The place where it can help us in the most effective way is a naval conflict in the IOR. However, China would not like to engage us in a conventional naval war in the IOR until such time that their game-changer weapon systems are perfected. Moreover, let no one think of a naval blockade against China because it can easily respond by opening up a land front. It will be some time before the PLAN develops into a force where it may take on the US navy, which might come to the support on India. Until such time, they would avoid a naval war. They have a clear superiority in nuclear submarines against us but it cannot be leveraged unless they were to go nuclear. A ground war is what would interest them most and there the US cannot help us. The US can sell us the best weapon systems that are permitted, and make us pay through our nose, but we should not forget that China is not Pakistan and they have both quality and quantity on their side.

Our navy is not yet in a position to operate and fight on its own in the South China Sea—taking part in joint exercises is one thing; a real war quite another. In this context, we may do well to recall that, as Times of India reported in May 2018, the PLAAF had managed to conduct landing and take-off exercise for the H6-K long-range bombers for the first time on an airport in the South China Sea. The exercise was conducted on an island reef—the Washington-based Asia Maritime Transparency Initiative identified the location of the exercise as Woody Island, China’s largest base in the Paracel Islands, with the 3,250km combat radius of the plane putting all of Southeast Asia in its range. Farther south in the Spratly group of island, China has constructed seven man-made island and equipped them with runways, hangers, radar and missile stations, further cementing its vast territorial claims in the busy waterway. Wang Mingliang, a military scholar with the China National Defense University, said that it would help the air force improve its real combat ability against all kinds of marine security threats. Adm. Phil Davidson, head of the Pacific Command, has also testified before the Congress that China’s South China Sea bases could be used to challenge the US presence in the region and any forces deployed to the islands would easily overwhelm the forces of any other South China Sea-claimants. I maintain that any revival of the idea of ‘Quad’ a proposed grouping of democratic naval powers that are concerned with China’s power projection in the Indo-Pacific and the threat it poses to the ‘rules-based’ order, is a waste of time and energy. Irrespective of whatever noises such arrangements might make on the international forums for the benefit of bored diplomats and foreign correspondents, the fact remains that they can hardly do anything when the missiles start flying.