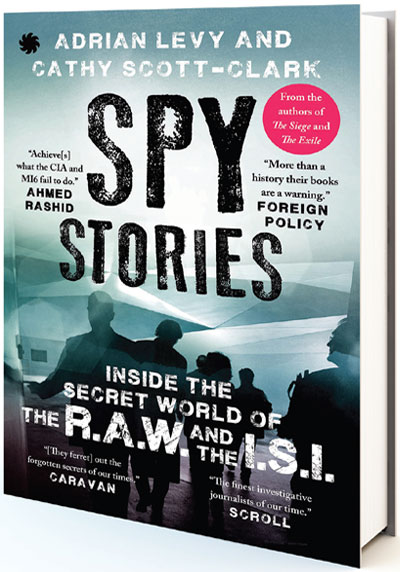 How the ISI ensnared the ill-prepared Indian ‘asset’

By 2016, Monisha had given up grappling with the taint of the Major Singh affair and still felt a lingering dismay over the 26/11 fiasco, and the tincture of chauvinism that she worried coloured everything. Unwilling to serve in a sectarian service, she had left Lodhi Road.

“I could not get over the fact that as we drew closer to the U.S., we, as a service, became less invested in secular democracy and far more sectarian, while telling everyone this was assertive behaviour,” she said. “This was what had happened to the I.S.I. as it became wrapped up in the C.I.A. terror wars—that service endorsing or encouraging all of its worst proclivities, as far as I could see, or tolerating them so as to maintain the relationship. The I.S.I. used the C.I.A. as cover to become its worst self. The R.A.W. seemed to be doing the same, knowing that Langley, which needed Lodhi Road, would not sanction it.”

Some senior officers in the C.I.A. told us frankly they preferred the military in Pakistan, whatever the U.S. State Department said about democracy. Multiparty politics Pakistan-style was too short-lived and messy. Pakistan frustrated Western agencies. Monisha said: “In practice India was becoming a lot like Pakistan in that our services became weighed down with religion and our analysis was bent out of shape. Spies are conspiring with politicians to create events or misconstrue them. This is not my vision of India or the R.A.W.” Other senior officers in the R.A.W. vehemently disagreed with this view, they told us, but conceded the services were polarized, “like many others, in any country. Take the C.I.A.—it’s a city and in it are many neighbourhoods with different political constituencies.”

Monisha made it to the U.S. West Coast, and it was from there that she mined down into Kulbushan Jadhav’s story for us, while we continued to stress test the I.S.I. material on the security services in India. “A starting point is the Parliament attack of 2001,” Monisha maintained, when she finally got back in touch. “After that, many officers lobbied for harder operations inside Pakistan—a return to the B. Raman quid pro quo.”

As Musharraf slowly shut down Kashmir operations, the Indian Navy spotted cells of LeT fighters shifting down to Karachi. The Indian Navy and the R.A.W. feared the LeT might try to create a marine force. Monisha’s contacts suggested that Commander Jadhav, who was outraged by the Parliament attack, offered to assist although nothing was official. She believed that he had first travelled to Iran and Karachi in 2003 using, for the first time, the Hussein Mubarak Patel passport.

After forming a trading company, Kaminda, he shuttled between Chabahar and Bandar Abbas. But if he was a spy, which no one would comment on, his training was terrible, or perhaps he had undergone none. Kaminda’s foundation document stated it repaired marine engines and carried loads, but it only had one asset, a boat leased from another company. When we asked contacts in Chabahar to check it out, they found it was in a dry dock. Published tax filings were available, and they revealed that the business was idling, with no turnover.

“Two passports, a broken boat, and a brass plaque company, it looks like an amateur show,” Monisha said. “This was a cover with no depth. The R.A.W. would never have done this if it was tasking an officer.” What Jadhav did have was access, and while R.A.W. officers insisted they did not recruit him, Monisha’s contacts maintained that senior officers suggested Jadhav “stay in touch.”

This was opportunistic, Monisha believed, with some officers in Lodhi Road regarding Jadhav as an asset rather than an officer, without the naval commander, who was inducted into the engineering cadre, understanding the difference between the two. An asset gave information as a self-employed informer, and an officer was trained to serve the state, potentially under cover, and received its protection.

But Jadhav survived, and idled, until 26/11. Monisha said: “Suddenly he was an asset that every service wanted: an Indian inside Pakistan who could move around Karachi unhindered and dip into Iran too.”

A senior I.B. officer told us that after 26/11 the service lobbied to have access to more communications intelligence and to develop its own sources in foreign countries where conspiracies were plotted to attack Punjab, Kashmir, and the North-East. “There was a debate about loosening R.A.W.’s monopoly, and that of technical intelligence agencies,” the officer said. Monisha believed that the I.B’s desire for a foreign asset dovetailed with Jadhav’s availability, and the Bureau had encouraged him to prove his worth, just as the Indian Navy and the R.A.W did too. Serving I.B. officers declined to comment on this. R.A.W. officers denied it.

By 2010, Jadhav was, according to I.B. officers and Monisha, sought after by the I.B., the R.A.W., and the Navy, operating without training in a lethal environment, weaving between Quds Force, I.S.I., Jaish ul-Adil, al Qaeda, regional separatists, and Baluch kingpins. Two years later, still alive, Jadhav reported something that was too good to be true. Monisha said: “He told the people he was speaking to in India that he had managed to work his way into the Baloch family of Lyari. His contact was a nephew of Uzair Baloch.”

Jadhav, who thought he had struck gold, had been ensnared by the I.S.I. which had been dangling the Baloch family, hoping he would bite. I.S.I. C-Wing, which argued that they should grow Jadhav, had caught him red-handed with something incriminating. The Baloch family was told to provide a lure. A report from C-Wing we were shown claims that Uzair’s men asked Jadhav to join them on an ambitious strike on an airbase inside Pakistan, an operation supposedly supported by Iran.

The Uzair family claimed to have a source in the Pakistan Air Force who had blueprints that showed security vulnerabilities at a base. They offered to give Jadhav the plans and in return he would have to arrange men and weapons.

Monisha concluded: “Jadhav probably had very few contacts-possibly none—but if he took the military blueprints for the base, given him by the Uzairs, he would now appear to be a fully-fledged Indian spy-when he was really a fall guy.”

The game was on, an asset who wanted to be an officer; Indian services that wanted deniable information; a Karachi crime family serving the I.S.I to buy their freedom; the I.S.I. that wanted to manufacture a big, fat Indian catch.

I.S.I. surveillance teams claimed they watched Jadhav trying to recruit fighters and shopping for weapons in Baluchistan. But no evidence to back this up was shown not us. Whatever the truth, Jadhav got cold feet in 2016, although by then, the I.S.I. maintains, he had taken the Air Force blueprints, and possession of these, by an Indian serviceman travelling incognito, with a false identity, was deadly.

The Baloch network that was selling the Pakistan Air Force base attack to Jadhav warned the I.S.I. its mark was “scared and losing interest,” an I.S.I. colonel in Karachi told us. “Jadhav told us he felt as if his luck was running out. Jittery, he complained that he was unable to sleep. He was certain he was being watched. He wanted to go home to his family in India.”

The Baloch network pushed, and persuaded Jadhav to agree to meet in March 2016 and together they headed for the Pakistan border, the I.S.I. officer in Karachi told us. But here Jadhav had second thoughts again, even as an I.S.I. trap was sprung. Jadhav insisted that the Baloch network’s outrider go on ahead, arguing they should not be seen together.

The Baloch man crossed on his own, telling the I.S.I. he had failed. But after many hours of cogitating, Jadhav gathered himself, and crossed over into Pakistan too, the I.S.I. colonel told us.

Finally in the desert chill of a dark night, both men greeted each other in Mashkel, were the I.S.I. emerged from the shadows and grabbed their manufactured “Indian spy.” Jadhav did not resist, a C-Wing brigadier told us. He had no Plan B. No counter-interrogation training. No back stories. He was winging it, until he was caught. And then, inhaling the stale sweat of a dark Pakistani cell, Jadhav broke down. The I.S.I could make him into whatever they needed. Jadhav’s dubious confessions were leaked as Prime Minister Modi visited Iran in May 2016, signing a memorandum to allow India access to Afghanistan via the port of Chabahar. In the background, loose ends in Pakistan were tidied away. The Baloch network was rolled up, Uzair, emerging from nowhere, was taken into military custody, and a hasty trial began, where he was accused of being a traitor, collaborating with an Indian spy. But—maintaining their deal-he was kept alive, for now.

A local incident—Jadhav’s detention—spiralled into a regional tug of war that sublimated into the international courts, where India went petitioning that due process had not been followed. The courts agreed that international treaties were flouted by Pakistan in Jadhav’s case, as he was denied a proper defence or consular access, but the International Court of Justice had no power to try the case or free the prisoner.

Pakistan and India took their arguments to Europe and North America, where nervous allies declined to get involved. As Jadhav languished in a windowless cell, the spy war was transported back to the old, vascular theatre of Kashmir.

SPY STORIES: INSIDE THE SECRET WORLD OF THE R.A.W. AND THE I.S.I
Adrian Levy and Cathy Scott-Clark
Juggernaut, Rs 699, Pg 320