For a lasting peace with China, India must first resolve this dilemma. An extract 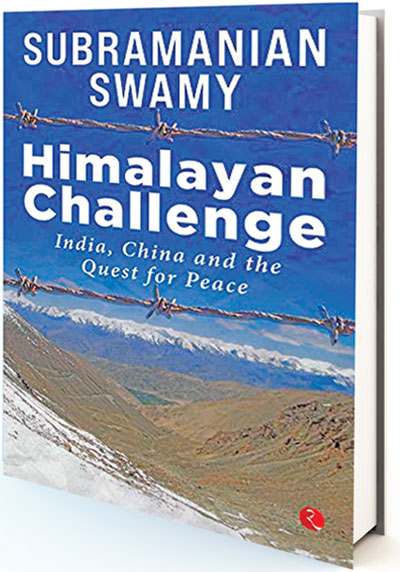 The fulcrum of redesigning our global foreign policy is balanced on mature India-China relations. However, a fundamental problem in policymaking towards China is that there is no clear or apparent consensus in India on the objectives of engagement with China. The domestic strategic discourse so far has also failed to come up with a clear criterion for evaluating the ‘means to be adopted’ in this regard. Even if India had defined objectives, there must also be a set of priorities, a strategy in place to achieve those objectives, as well as a financial and institutional architecture to sustain that achievement.

China is an ancient and cultured country with a long-standing peaceful interaction with India in the long history of more than 2,500 years. However, today it is a Communist Party-ruled nation. Indian democracy stands for transparency and access to information—something Indians have been used to for ages. China under communism can never be as transparent in its political and security matters. Therefore, Indians have to decode the nuances of the Chinese expressions and reactions, and not be deluded by atmospherics, as we have seen. This is the lesson of 2020 from the 18 one-to-one meetings between PM Modi and President Xi Jinping. This basic strategic understanding and a sense of history have eluded the comprehension of China-baiters in India, most of whom, unfortunately, exercise influence in policymaking. Much of this baiting is encouraged by those nations that are apprehensive of the influence of an India-China understanding, if ever, on global politics.

It is now time to cut through the barriers and begin by seeing the importance of China for India, and understand the reality of the present unequal economic and military endowment; and see this with clarity, and in a perspective based on cold analysis.

Our mutual interactive history shows that nothing innate or intrinsic stands in the way of India and China having friendly relations, with equal respect. In my view, China would not regard the border dispute as an obstacle worthy of prior removal if there was a strategic partnership with India based on matching defence hardware and cogent foreign policy. Nor is rivalry the reason, since there are hardly any international issues in which India and China have irresolvable fundamental conflicts of interest. Issue of conflict have been the outcome of compulsions of unstructured thinking, such as China’s view that the ‘1962 debacle’ can be repeated and India’s conviction that China is expansionist. Therefore, we must concern ourselves with the national security imperatives that necessitate developing stable India-China relations.

Good bilateral relations in the twenty-first century depend on the cost-benefit calculus of India and China coming together. I have, therefore, focused on what India must do to motivate China so that it responds appropriately to Indian interests and the cost we are willing to incur for it. All said and done, the bottom line is that it takes two to make a durable friendship. China, too, had to do the same type of cost-benefit analysis to earn India’s friendship, and not bond with the US against it.

The question before the nation, therefore, is not whether India can be dismissive of China at one end or placate China at any cost. The crucial query instead is: what should our preferred policy towards China be: cordial or hostile, and the costs and benefits to India of that choice. In the larger interest of global peace, this requires elucidation and formulation of a policy to normalise the situation.

During the next two decades, India will, therefore, need to make a crucial choice: to come into an understanding of global significance with China and befriend it in a fundamental and strategic sense of demonstrating India’s self-reliant capability (Option A) or make only proactive efforts with the US to keep China ‘contained’ (Option B). What is to be determined is the choice to be made and how that choice is to be made.


Nuclear Powers at a Crossroads

To make that choice, India needs to be clear on its nuclear posture vis-à-vis China as well as China’s military might and economic prowess. The first point requiring clarification is the content of India’s nuclear doctrine. The GoI has stated that the doctrine envisages ‘no first use (NFU)’ of nuclear weapons and only seeks to establish a ‘survivable second-strike capability’ Once India is able to launch missiles form aboard ships or from submarines, these delivery capabilities will significantly lend content to the otherwise vague concept of ‘second-strike capability’, a concept incidentally in disuse in the West.

Beijing has also committed to NFU and ‘non-use against non-nuclear powers’. This, on the face of it, cannot end nuclear confrontation between China and India, since the latter is not a non-nuclear power. However, does China’s NFU declaration prevent its use on its ‘own territory’, or in the Sino-Indian context, in any of the ‘disputed’ territories claimed by China, e.g., Arunachal or Aksai Chin? Thus, it is possible for China to launch a pre-emptive first strike, using tactical nuclear weapons, against Indian counterforce targets in a disputed region without violating the letter of NFU declaration.

The Indian doctrine must aim for a second-strike capability that would survive a Chinese first strike and retaliate by inflicting unacceptable damage upon the adversary. Theoretically, the well-known strategy theories envisage second-strike capacity on counterforce targets (such as missile silos) and major countervalue targets (population centres) in the Chinese heartland.

In the tactical domain, it envisages capacity to launch strikes against select counterforce targets near the border. According to present defence plans, India would be in a position to deploy the naval version of the Prithvi missile and the Sagarika submarine-launched ballistic missile (SLBM). Both of these missiles, capable of sea-skimming and radar-evading flight trajectories, would complement its land-based deterrent options against China.

However, as the Indian government elaborates its nuclear doctrine, the paradigm of ‘minimum deterrence’ has to be visualised prudently, in qualitative and quantitative terms. For example, if Indian were to include reactor-grade fuel to fabricate nuclear weapons, the total nuclear stockpile required would be between 390 and 470 weapons, as compared to China’s 450 weapons. Is India inclined to tread this expensive path? A credible Sino-Indian understanding on disarmament is therefore inevitable for India’s national security.

Since the 1950s, the vital question that still awaits a conclusive answer is whether China would like the emergence of another Asian giant and non-communist neighbour. In any case, thanks to Nehru’s gross stupidity in turning down the UNSC veto holding seat, China is the only UNSC permanent member from Asia. Thus, unless this vital question is answered, India-China relations will always be on a roller-coaster ride, as we have seen since 1950. Especially since India, too, threw away the suffocating Soviet-style Five-year Plan rigmarole and embarked on economic reforms in 1991. Post 1996, India has been closing the economic gap with China, albeit in a jerky sequence. The moment of truth arrived in 2020. China decided to settle this question. They chose India’s weakest moment: the coronavirus pandemic, effects on an already tailspinning economy during the period 2015-20, and unpreparedness in Ladakh.

A series of actions and words of the Vajpayee government since it came to office, in 1998, culminating in the letter marked ‘secret’ that was written by the PM to US President Clinton in May 1998 had, according to my understanding convinced the Chinese leaders that the Indian government was laying the foundation for emerging as a ‘counterweight’ to China with US help, and pursuing policies that would seek to undermine China’s security and integrity. The tone and content of Vajpayee’s letter to Clinton, which was to be kept confidential but revealed by Clinton, indicated that the Indian PM wanted the US patronage to emerge as the counterweight. That is, China perceived that India had chosen Option B.

The inclusion of China and Pakistan in Vajpayee’s letter to Clinton, and the omission in that letter of the reference to the 1971 US nuclear threat, which according to a biography of the then US Secretary of State Henry Kissinger was real and ominous, was seen by the Chinese, justifiably, as an attempt to make India curry favour with the US, and India’s response of inviting the same Kissinger in 1974 to visit India as an oblique suggestion that India was ready to be considered as a counterweight to China. Of course, if India ultimately emerged as a counterweight to China by pulling herself up by her own bootstraps through economic reforms and military R&D, the world respect that and adjust to it. However, to expect that the sole superpower of today—the US—would invest in a large country such as India to develop it as a counterweight to another large nuclear weapons country, and a neighbour to boot, is not only unrealistic, but reflects a failure to understand history. It is unbelievable that any Indian PM would expect the US to appreciate India’s need for nuclear weapons, and in fact hope to enhance India’s capability to match China’s in this area. Thus, there is considerable area of ambiguity that would need to be cleared up with the US before we can partner with the Americans against the Chinese. At the present state of relations, however, it seems China would prefer that the ambiguity remains, and will hope that a new dispensation following the US Presidential Election in November 2020 is of the same thought.