How one man’s vision and determination led to unexpected breakthrough. An extract 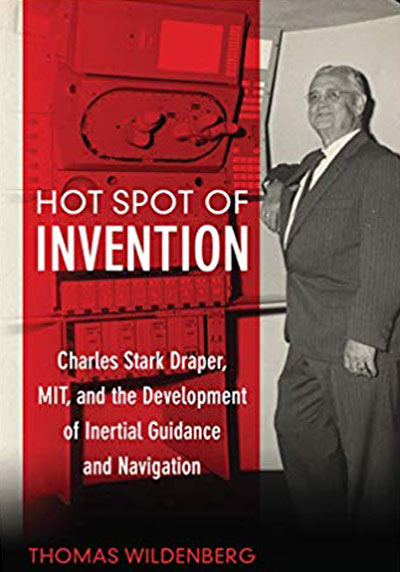 In June 1953, the Department of Defense Armed Forces Policy Council ordered the establishment of a study group composed of the nation’s leading scientists to evaluate the Air Force’s strategic missile program. To perform this task, Trevor Gardner, special assistant to the Secretary of the Air Force for research and development, assembled a group of scientists under Professor John von Neumann. It would become known as the Air Force Strategic Missile Evaluation Committee. Under von Neumann’s leadership, the committee began to examine the impact of the recent breakthroughs in the development of the hydrogen bomb (which enabled them to be much lighter) on the development of strategic missiles and the possibility that the Soviet Union might be ahead of the United States in developing ballistic missiles. During its deliberations, the committee maintained very close working relationship with key individuals in the various fields of technology related to missile development. Especially important among these was “Stark Draper, the director of the Instrumentation Laboratory at M.I.T.,” who knew more about the science and technology of inertial guidance “than anyone else in the Western World.”

After conducting an intensive series of meetings in close coordination with the Air Force officials, the Von Neumann Committee concluded that: “The state of the art in the relevant branches of technology had reached the point where a practical rocket-powered ballistic missile capable of carrying a nuclear warhead intercontinental distances and delivering it with sufficient accuracy could be built.” After the Eisenhower administration made the decision to go ahead with the development of ICBMs, the Von Neuman Committee focused its attention on the technical details of the system and established a rough outline of the design perimeters for an ICBM.

The specifications they established for Atlas, the first U.S ICBM to be started, called for a missile capable of delivering a one-megaton war-head over a 5,500-nautical-mile range with a CEP of five miles or better. Draper, always the technical optimist, “said he could foresee much better CEPs than five miles.”

In 1953, Convair approached Draper to discuss the development of the inertial guidance system that Dr. Kelly had recommended to the Air Force. They were impressed with SPIRE’s performance, but not its hefty size. Draper convinced the decision makers at Convair that he could do the job using the down-sized components for SPIRE that were under development. He persuaded them to provide the Instrumentation Laboratory with a study contract to develop an inertial guidance and control system for the Atlas ICBM that could potentially replace the ground based Azusa system.

The contract funding allowed Draper to establish an ICBM guidance group, under the direction of Roger Woodbury, to work out the basic principles of an inertial guidance system for an ICBM. Responsibility for the guidance effort was shifted from Convair to Air Force sponsorship in the early months of 1955, after the Western Development Division (WDD) was established under Brig. Gen. Bernard A. Schriever within the ARDC to coordinate the development of the Atlas. Schriever’s decision to sponsor the IL was undoubtedly influenced by his guidance expert, Lt. Col. Benjamin P. “Paul” Blasingame. Blasingame, another of Draper’s young protégés, had spent three years studying at MIT in the Weapons Systems Section of the Department of Aeronautical Engineering. Draper had established this program so that the Navy and Air Force officers sent to MIT could study instrumentation and the principles of fire control. Blasingame had graduated in 1950 with a doctor of science degree in aeronautics, having completed a dissertation on the “Optimum Parameters for Automatic Air-borne Navigation.” After leaving MIT, Blasingame had gone to the ARDC, where then-Colonel Schriever placed him in charge of development planning. When the WDD was formed, on August 2, 1954, Blasingame moved to it. along with Schriever, who was promoted to brigadier general and placed in command of the division the same day.

The contract’s scope of work consisted of a feasibility study, a theoretical analysis of the equations of motion of a ballistic missile and of potential means to control suitably the placement of the warhead in a free-fall-ballistic path to the target. The work was primarily concerned with determining what equations an airborne computer needed to solve in order to generate guidance commands to a ballistic missile that would ultimately bring the warhead to the target with sufficient accuracy. The Air Force contract also charged the Instrumentation Laboratory with investigating the feasibility of producing an inertial measurement system of the required size and accuracy of the Atlas ICBM and evaluating the inertial components needed to produce it.

Similar work was being supported by the Wright Air Development Command of the ARDC, albeit with different goals in mind. One contract issued to the Instrumentation Laboratory around this time called for a general study of inertial navigation and guidance techniques for both missiles and space vehicles. Another contract covered the development of inertial components, specifically gyroscopes and accelerometers.

When the Instrumentation Laboratory’s work on the Atlas guidance system was initiated, Dick Battin and Hal Laning Jr. were assigned the task of analyzing the mathematical basis for guiding an ICBM. Battin had joined the Instrumentation Laboratory in 1951 after receiving his doctorate in mathematics from MIT, becoming a research mathematician in the areas of fire control and inertial navigation. Laning, who had been with the laboratory since 1945 and had obtained his doctorate in 1947, was another MIT-trained mathematician. A year earlier, Laning, who had been working with the Whirlwind computer, had come up with a way of simplifying the arduous task of programming its mathematical functions by creating the first algebraic compiler, affectionately called “George.”


As Battin relates in a paper on space guidance published in 1982, there was “no vast literature to search for ‘standard’ methods of guiding ballistic missiles, so we ‘invented’ one.” The first method they developed was called “Delta Guidance.” It relied on a preflight reference trajectory stored in the missile’s guidance system. Battin used a Taylor series to create a mathematical model of a missile’s preplanned trajectory. As the missile deviated from its intended flight path during the powered phase, the guidance system would bring it back by zeroing the velcocity vectors expressed as the linear terms of a Taylor series. For this reason, the approach is sometimes referred to as the ‘fly-by-wire’ system, where the ‘wire’ is an imaginary reference trajectory. Using George, Battin was able to create computer programs that calculated the trajectories for the Atlas missile.

Though simple in concept, Delta Guidance was not easy to implement in the analog hardware then available. The digital computer industry was in its infancy, and the Atlas onboard guidance system had to rely on an analog computer for control. Several steps were needed to create the guidance system envisioned by Battin. First, as he explained, considerable reference data had to be fixed; next, a complete navigation system was required; then, time-of-flight errors had to be compensated for (requiring additional hardware), or accuracy would suffer. Nevertheless, he was determined to make Delta Guidance work — until he visited Convair in San Diego, California, during the summer of 1955.