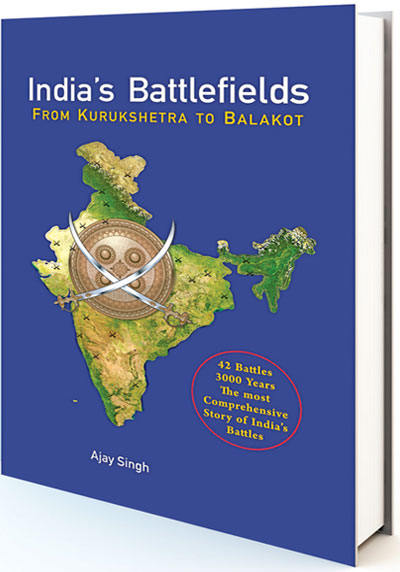 In April 1984, Indian troops beat Pakistani soldiers by just four days to occupy positions on the Siachen glacier… This set of a series of Pakistani attacks to evict them. When they failed, they too occupied a series of posts on the heights. The occupation of posts on heights to dominate the other was a strategy followed by both nations in this two-decade-long war.

One of the lynchpins of the Pakistani positions was the Quaid Post—named after Quaid-e-Azam, Mohammed Ali Jinnah, the father of their nation. At 22,153 feet, it was the highest peak in the area, which enabled them to see 80 kilometers away, across the entire Siachen glacier. From here, they could also observe the important Indian positions on Sonam and Amar posts adjoining the Bilafond La pass, and bring down fire on the helipads used to resupply them. Held by elite troops of the Shaheen Company of 3 Special Service Group, it was commanded by Subedar Atauallah Mohammed with a squad of around 15-20 men and considered virtually impregnable.

Occupying the remote height was a difficult proposition, but the Pakistani held on to it doggedly, using its heights to advantage. On 18 April 1987, Pakistani troops from Quaid fired at the Indian Sonam Post killing two soldiers. It was then that the Indians decided to capture the post and eliminate the threat once and for all. 8 Jammu and Kashmir Rifles, a unit recently inducted into the area, was selected for the task.

On 29 May, a 13-man patrol under young Second Lieutenant Rajiv Pande was sent to discover the best approach to Quaid post. The ‘best approach’ was a misnomer. The post was surrounded by ice walls with gradients of 80-85 degrees on three sides, with the fourth side covered by the Pakistanis. The young officer and his men reconnoitred the route marking it with crampons and ropes. They began climbing up the 85-degree ice wall, establishing pitons in the ice that would provide footholds for the subsequent assaults. They also passed a rope through the coupling links which could be used to climb up for a subsequent assault. As they climbed up the 500-meter-high ice wall, they were detected just 30 meters from the top. A Pakistani machine gun opened up, and raked the small team with fire, killing ten soldiers including Lieutenant Rajiv who fell to his death.

The deaths of the young officer and his men put a pall of gloom over 8 JAKLI (Jammu & Kashmir Light Infantry). This mood soon gave way to one of anger and revenge. Another hand-picked assault group was assembled under Major Varinder Singh Minhas (later Brigadier) and his Second-in-Command Captain Anil Sharma, three JCOs (Subedar Harnam Singh, Subedar Sansar Chand and Naib Subedar Bana Singh) and 57 other ranks. This operation was code named Operation Rajiv, in honour of Lieutenant Rajiv Pande.

The assault group assembled in Sonam Post on the night of 23 June, and the next night (24 June), a 10-man team led by Subedar Harnam Singh set out on the same route taken by Lt Rajiv. The route from Sonam post was along the razor-sharp spur, where a single misstep could hurl them hundreds of feet below. The party found the rope buried beneath the snow which led them to the footholds, so painstakingly made by Lt Rajiv’s earlier team. They also found the bodies of Lt Rajiv and his men, still preserved in the sub-zero temperatures. As Harnam Singh’s men moved forward, they were detected by the Pakistanis who brought down machine gun fire on them. They were unable to return the fire since their own weapons had frozen solid. (It was later discovered that the Pakistanis kept a lit kerosene stove beneath the Machine Gun to ensure it remained warm and could continue firing.) Two men were killed in the fire and the rest withdrew, bringing with them the bodies of their comrades.


The next night (25-26 June), Major Varinder launched another attack. The Indian teams climbed upto Quaid top under intense covering fire brought down on the Pakistani positions from Sonam Post. Subedar Sansar Chand and his party of five reached the top and wanted additional men to rush in towards the Pakistani positions. At this critical juncture, his radio set failed, its batteries freezing in the cold, and he was unable to communicate with Maj Varinder who was just 100 meters behind him. This attack too had to be aborted.

The Indians were now exhausted after three days in the open. The men were reduced to licking icicles to quench their thirst and had burrowed in the snow to avoid detection and enemy fire. Hallucinations and mental breakdowns were common in the heights and Maj Varinder had to ask each man his name and the names of their comrades to ensure that their mental faculties were intact. Each had left behind a ‘last letter’ to their families, and were painfully aware of how dangerous their mission was. Even though the attack was being monitored at the highest levels and Quaid post was now under fire by virtually every Indian artillery gun in range, for the final assault the small team would be on its own.

The next morning, on 26 June, two teams—one of eight men led by Major Varinder and another of five led by Naib Subedar Bana Singh climbed up the icy wall and reached the vicinity of the post. Fortunately, they were still undetected. The weather was atrocious and a blizzard was raging. Though it was noon, it was almost pitch dark. The Pakistanis obviously did not expect an attack in these conditions.

It was now or never. Varinder Singh decided to launch a daylight attack from two sides. At exactly eleven minutes past noon, the assault went in. Varinder’s own team outflanked the post, and Bana Singh with his small team of Rifleman Chunni Lal, Laxman Das, Om Raj and Kashmir Chand assaulted the Pakistani bunker on the post. As they closed in on the bunker, to their horror, their weapons jammed in the intense could and refused to fire. Undeterred, they closed in and Bana Singh hurled a grenade inside, closing the door to compound the effect. The occupants were killed, but other Pakistani soldiers closed in. In the hand-to hand fighting, six Pakistanis were bayoneted to death. A few others jumped off the cliff. Major Varinder himself was severely wounded when an artillery airburst injured his chest and torso, but continued with his men. Ironically, he was saved, because his blood congealed in the intense cold and prevented further blood loss. The Pakistani machine gun which had caused so much havoc was now turned towards the Pakistani positions. The kerosene stove which the Pakistanis used to keep it warm was used to cook rice, the first real meal the men had in three days. Quaid post had changed hands, but it was done without much fanfare. As Bana Singh himself put it, at 22,000 feet no one has the energy to do a ‘bhangra’ or even emit a victory whoop.

The audacious capture of a post at 23,000 feet, in sub-zero conditions, after scaling a 1500-foot ice wall, and then through hand-to-hand combat has few parallels. Subsequent Pakistani attempts to recapture it failed and the post remains secure in Indian hands even now. Bana Singh received the Param Vir Chakra, and became a national hero. Subedar Harnam Singh was awarded a Maha Vir Chakra, while Major Varinder and Lieutenant Pande received Vir Chakras. Riflemen Chunni Lal (who would go on to become India’s most decorated soldier) and Om Raj were awarded Sena Medals for their courage in the final assault. And just a day after its capture, Quaid Post—the symbolic and strategic centerpiece of Pakistani operations in Siachen—was renamed as Bana Post. And that is how it still remains.