How inexperience and inflexibility stalled India-China border resolution during Nehru-Zhou summit in 1960. An extract 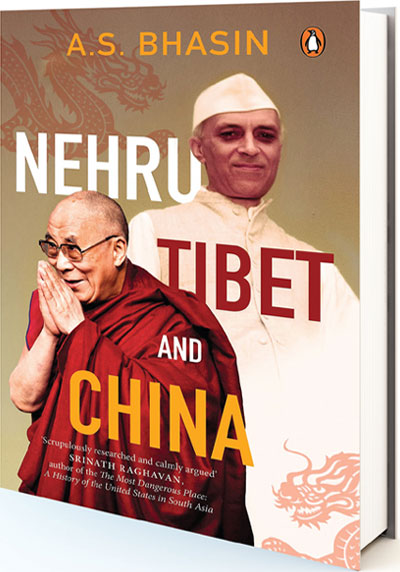 At the very beginning, Zhou told Nehru that he had nothing to add to what China had already said in its notes and correspondence and let it to Nehru to state the Indian position.

Nehru said China’s claim in the western sector was not clear when that area had come under its control. Remembering his visits to Ladakh some forty-four years ago (c.1916) for trekking and again ‘five or six year ago’ (c 1954-55), this time by air, he said that he did not find Chinese presence there and, therefore, in his opinion ‘this occupation has taken place in the last year or two and is of recent origin.’ If, however, he did not find the presence of any Chinese, it should not have been surprising. Nehru later in his budget speech in the Lok Sabha had said. ‘These territories are so high up that they are hardly inhabited, there is no communication, there are hardly any trees or any blade of grass.’

Nehru mentioned that India was greatly surprised and distressed when China laid claim to vast areas and said that the frontier was not delimited. Regarding Aksai Chin, Nehru mentioned that it was a large area, and did not span the whole area along which the road had been constructed. He said that their facts differed so much that there was confusion. He believed the place where the Chinese had built the road was a caravan road through which China used to send supplies. While China built its road in the eastern part of the area but long after the Sinkiang-Tibet highway was built, there were no Chinses or Tibetans in other part of Aksai Chin according to the Indian patrol parties. It was only later that China set up posts and built road in other areas of Aksai Chin.

Nehru believed that the area was defined. The first argument about this area arose when India asked China about the Indian patrol party that had been arrested by the Chinese. That was also the time when India had protested against the road. Conceding that India had changed the boundary line in 1953-54, Nehru said it had been done after careful consideration and that the boundary might have been un-demarcated on the ground but he could not agree that it was ‘not defined in the sense that it was known precisely although there may be some doubts here and there. Throughout the discussion, Nehru’s stress remained on the fact of the boundary being ‘traditional and customary’, since there was no actual line in the western sector like the McMahon Line that existed in the eastern sector.

Referring to the history of Ladakh, Nehru referred to the war between Tibet and Ladakh in 1841 concluding with the Treaty of 1842 which set the boundary between them. Nehru, in support of the Indian case, quoted revenue records and travellers’ account and offered details of the topography of the area.

Nehru had, in his note on ‘Border Dispute with China’, said that ‘India had neither any check-post there nor any means of access to the area.’ It was an admission of neglect by India of its own territory. As pointed out in the previous chapter, when the Indian Charge d’ affaires protested to Zhou about the road, he had shot back: ‘[I]t took seven years for China to construct the road, where were the Indian if that were their territory?’

Zhou, while arguing his point of view, once again raised the question of demarcation of the boundary, which he said in modern times was done scientifically. He did not agree with Nehru that the 1842 agreement laid down the boundary between Tibet and Ladakh. Referring to the maps, he said that unlike the Chinese maps, the Indian maps changed several times. He pointed out it was only in 1954 that ‘an ordinary boundary line was drawn and the word “undefined” was removed’. He quoted Nehru who had said in Parliament that ‘this part of the boundary was somewhat vague’ and he also referred to Nehru’s statement of 28 August 1959 when, in answering a question in the Lok Sabha, he had conceded that:

[This boundary] was the boundary of the old Kashmir State with Tibet and Chinese Turkestan. Nobody had marked it. But after some kind of broad surveys, the then Government had laid down that border which we have been accepting and acknowledging.

Zhou charged that India had changed its map without consulting China. The status of the area had been changed from ‘undefined to ‘defined’. Regarding this he also reminded India that it had occupied some part of Tibet only after 1947. That it was a reference to Tawang, mentioned in the earlier section, was clear.

He said that since liberation the Chinese troops had been going to Ari in Tibet via this route and it had since then been used for sending supplies. He claimed that in 1891-92, the Manchu government sent people to Karakoram and Change Chenmo valley in order to carry out surveys and these people had confirmed that the Chinese boundary lay there. Zhou claimed that to the south of the Kongka Pass, the area to the west belonged to Ladakh and the areas to the east belonged to Tibet. He claimed that the northern border of the Aksai Chin had always been under Sinkiang and had been under China for the last 200 years. Zhou reiterated that the area to the north and east of the Karakoram watershed belonged to Sinkiang and that the boundary line started from that point continued through the Kongka Pass and continued down to the south from the Chang Chenmo valley, Pangong lake and the Indus valley. Areas to the east of this belonged to Tibet and China patrolled that area.

Zhou summed up the points, which he said should form the common ground:

Zhou appealed to Nehru to come to the negotiating table and settle all disputes in an amicable manner. Zhou stated that China had already reached an agreement with Burma on the entire boundary question and that the same should be applicable to the Sino-Indian boundary, particularly when it was a continuous boundary on both sides (this specifically referred to the McMahon Line).

Nehru hesitated to negotiate the Aksai Chin area, when in India’s own perception it was a disputed territory, a status accepted as early as 1953 or even in 1949, when the Kuomintang government had asked for its delineation.

The talks ended in a stalemate with little progress towards either easing the tension along the borders or in mutual understanding of each other’s point of view. As Dr Gopal noted, in the talks between the two prime ministers. There was not even a distant approach towards a solution.

Since no agreement between the two prime ministers appeared possible, Nehru reluctantly agreed to Zhou’s suggestion for formation of a joint committee of officials to go into the historical records and other relevant data that each side possessed and determine the merits of each other’s case. This proposal was like putting the cart before the horse. In any dispute, it is a normal practice for officials to flag the contentious points first and the political leaders to subsequently take a call and work out a consensus between them, keeping in view the overall interests of both the parties and in the interest of maintaining cooperative and friendly relations.

In this case, the reverse was happening. The discussion on merits which should have taken place before the talks between the two leaders were now scheduled after their talks. Nehru was right to suggest this route at the very beginning when the summit was proposed. However, since Zhou had insisted on talks at their level, Nehru agreed so as not to appear to be blocking the negotiations. At the summit, the two prime ministers had taken certain positions and it fell to the lot of their officials to find enough evidence not necessarily on merit of their case but to bolster the stand of their respective prime ministers, sacrificing the actual merit in the process. No set of officials could afford to put their prime minister in the wrong. The result was that neither at the political nor at the official level did the discussions lead to any workable solutions. A stalemate surprised no one.

Despite the failure of the talks, Zhou remained positive at the end and insisted that since it had not been possible to find a solution now:

I would still very much like to see that favourable conditions are created for future talks.