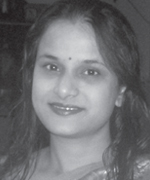 One of the major requirements of the Indian armed forces is Intelligence Surveillance and Reconnaissance (ISR) capabilities. But not only is India looking for foreign ISR capabilities but is also working towards indigenised ISR capabilities.

In fact, in 2017, Army Chief Gen. Bipin Rawat realised the need for indigenised ISR capabilities. States, whether at peace or at war, need sophisticated and advanced ISR capabilities for both conventional and nuclear deterrence to prevail. No battle can be won without the right knowledge about enemy’s whereabouts while on the other hand, during peacetime, it is important to gather information about enemy’s whereabouts to avoid conflict by being better prepared for the challenge.

Information is only gathered with the help of surveillance and reconnaissance. Being prepared during peacetime for wartime operations in all aspects enhances a state’s operational readiness especially when they are integrated with command and control along with communication.

The Air force’s Heron UAV is also assigned the task of intelligence and surveillance. Ground based ISR capabilities include Daksh, remote ground sensors to name a few. The Regiment of Artillery is using the Israeli assisted Searcher for Surveillance and Target Acquisition (SATA). Indian Navy is still working on ISR capabilities to improve its blue water capability as also to increase its influence in the Indian Ocean Region (IOR). It must however, still work on gaining maritime domain awareness (MDA) with the help of ISR capabilities as well as improving its ocean surveillance capability.


India’s paramilitary forces have received the Netra UAV and has proved its mettle in Kashmir for identifying, tracking and locating on ground targets. The Black Hornet UAV is used by the National Security Guards (NSG) for reconnaissance purpose during counter-terrorism operations. The technological know-how of indigenously developed GPA-Aided Geo Augmented Navigation (GAGAN) is a satellite based global positioning system will be applied to develop Indian Regional Navigational Satellite System (IRNSS).

Future ISR projects include Rustom and Pawan. India is also acquiring Orion Maritime aircraft and the IL-38 from the United States. Acoustic Range Finders are being procured from Thales while unmanned underwater vehicle is in developmental stage.  Work is also in progress on autonomous unmanned research aircraft (AURA) for the air force. There are also plans for the navy to develop air and ship-launched Nirbhay UAVs and Gagan tactical UAVs with assistance from Israel. In addition, the army also plans to have the Nishant UAVs and hybrid mini UAVs along with ground station.

Rustom 2 drone is developed by the Defence Research and Development Organisation (DRDO) and is a medium altitude long-endurance unmanned aerial vehicle developed for surveillance and reconnaissance purpose with an endurance of 24 hours. It can carry payloads like synthetic aperture radar, electronic intelligence systems and situational awareness payloads. The DRDO has also developed Synthetic Aperture Radar (SAR) to be carried as payload for the UAVs with ground moving target indicator (GMTI) capability.

However, the major focus at present is to indigenise ISR capabilities and as is known fact that UAVs play an integral role in performing such roles. Not only this, India’s membership to MTCR will also allow India to sell UAVs to foreign customers. In December 2018, India has opened its first private sector unit for manufacturing UAVs. It has been set up by Adani Group and Israel’s Elbit Systems and will be used to develop Hermes 900 medium altitude long endurance UAVs for India and for global market.

In addition, India would need to constantly grow from strength to strength in ISR capability to be able to compete with China and strengthen its deterrence-both conventional and nuclear vis-à-vis Pakistan. China has already developed long-range surveillance capabilities apart from developing short-range surveillance capabilities. This development is well fathomed as China aspires to gain dominance not only in the IOR but also in the South China and East China Seas where China is involved in myriad maritime disputes.

China has developed over the horizon radars, and there are also assumptions that the remote sensing satellites of China are meant to perform military roles of surveillance and reconnaissance. China has developed Synthetic Aperture Radar (SAR) along with developing Electronic Intelligence (ELINT). While SAR covers small area, ELINT covers larger area for ISR having the capability of protecting China’s coasts. Pakistan’s airborne assets are also well developed to conduct ISR roles. At the same time, Pakistan is acquiring armed Chinese drones like the Wing Loongs. Pakistan is also working with the United States on ISR capabilities.

Possessing advanced ISR capabilities is crucial to India’s conventional and nuclear deterrence and like any other countries where ISR complements their weapon systems. Credibility of weapon systems is not just how the weapon systems work but also depends on how effectively they could cause damage to adversaries. Weapons are only credible when they can perform offensive or defensive or dual roles at the right time and at the right place and on the right target. This is only possible when ISR capability allows the weapon system to gather credible information about the mission and perform task efficiently.