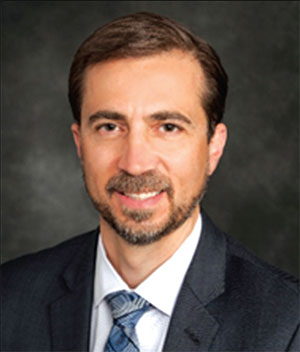 Boeing’s partnership with India has evolved significantly over the past 75 years. Our products and services, have been actively aiding the Indian armed forces missions to protect the country’s sovereign borders and will continue to do so now and in the future.

More recently, cutting-edge platforms – such as the C-17 Globemaster III with the Indian Air Force and P-8I with the Indian Navy – have proven their capabilities in missions that have ranged from strategic to humanitarian in nature. Both are valuable assets towards nation building and security. Boeing closely supports these two fleets with comprehensive sustainment services that play a key role in ensuring high rates of availability and increased mission readiness for customers.

This partnership between Boeing and the Indian armed forces is set to grow even stronger with the soon-to-be-inducted AH-64 Apache attack helicopter and CH-47 Chinook heavy-lift helicopter. The first Apache and Chinook for the Indian Air Force completed their successful first flights in July last year and are scheduled to arrive in India in March and July of this year, respectively. An additional order for four P-8Is is progressing for an on-time delivery in 2020, to add an even more potent edge to the Indian Navy’s blue-water capabilities. As with the C-17 and P-8I, Boeing sees an opportunity to support the Apache and Chinook fleets as they are inducted, ensuring the same high levels of mission readiness and operational capability.


Boeing is committed to deliver capable platforms that meet the Indian armed forces modernization and mission requirements. With the F/A-18 Super Hornet, Boeing can help the Indian Navy and the Indian Air Force modernize their fleets with a fighter that offers true multi-role capability and distinct combat advantages proven in the world’s toughest battlefields.

As India expands its Air Force and increases its defensive capabilities, the KC-46 is the perfect choice for a multi-role tanker-transport aircraft. The brand new KC-46 is designed from the ground-up to be a combat-ready tanker. This means that unlike other tankers, it can operate closer to the fight, covertly and with the ability to protect itself. In India’s crowded neighborhood, it means it can be closer to action to fuel the fight.

Boeing’s evolved partnership with India reaches much beyond just providing products and services. We have strategically invested in India to support the growth of a robust aerospace & defense ecosystem. Along with our Indian partners, Boeing has established a significant footprint in India that encompasses manufacturing, engineering and skilling activities.

Boeing’s sourcing from India has quadrupled in the past few years and now stands at $1 billion. Our industry partners in India are providing complex aerostructures and assemblies for some of Boeing’s most advanced defense platforms such as the F/A-18 Super Hornet, F-15, P-8, AH-64 Apache and the CH-47 Chinook.

For Boeing, India’s unmatched engineering and technology capabilities can be harnessed to develop next-generation defense platforms. At Boeing, we’re already Making in India. While the soon to be delivered AH-64 Apache and CH-47 Chinook will add to the Indian armed forces’ capability, they have already been catalysts for India’s aerospace & defense manufacturing goals. In 2014, Dynamatic Technologies began manufacturing critical components for the CH-47 Chinook, with the first set of aft pylon and cargo ramp assemblies delivered in February 2015. In 2018, Dynamatic and Boeing celebrated the delivery of the 75th aft pylon and cargo ramp components for the Chinook.

Tata Boeing Aerospace Limited, Boeing’s joint venture with Tata Advanced Systems Limited, is already delivering AH-64 Apache fuselages, and the center is becoming the sole source of the fuselage globally. The facility was operational before schedule and delivered the first fuselage in June 2018, only two months after its inauguration.

Additionally, the Boeing India Engineering & Technology Center (BIETC) in Bengaluru is leveraging a talented pool of employees to support Boeing’s engineering growth in strong global markets. BIETC engineers undertake high-quality, advanced aerospace technology-driven work that supports areas as diverse as test and evaluation; development of advanced, environmentally friendly coatings; data analytics for next-generation airplane health management; innovation in labs on Internet of Things and Digital Transformation; and development of software tools that enable airlines to improve their operations and work with airports to help with de-congestion and navigation, at reduced costs.

Last year, Boeing announced a partnership with Hindustan Aeronautics Limited (HAL) and Mahindra Defence Systems (MDS) for manufacturing the F/A-18 Super Hornet in India for its armed forces and pursuing the joint development of future technologies. The public-private partnership will transform India’s aerospace and defense ecosystem, further building on its ‘Make in India’ success.

Boeing’s proposed ‘Make in India’ plans for the Super Hornet are not about moving a production line but rather building an entirely new, state-of-the-art production facility that can be utilized for other programs like India’s Advanced Medium Combat Aircraft program. Future production with Indian partners will also involve maximizing indigenous content and producing the F/A-18 in India for its armed forces to create a 21st century aerospace ecosystem.

Boeing’s Super Hornet is a proven platform that offers the best of the attributes of the fighter of the future – networking, survivability and reliability. Introduced in 2007, the F/A-18 Super Hornet is the world’s preeminent carrier capable aircraft and best suited for India’s naval fighter requirements – designed from day one for carrier operations. The combat proven F/A-18 Super Hornet is defined to meet the customers’ flight plan to evolve to outpace future threats.