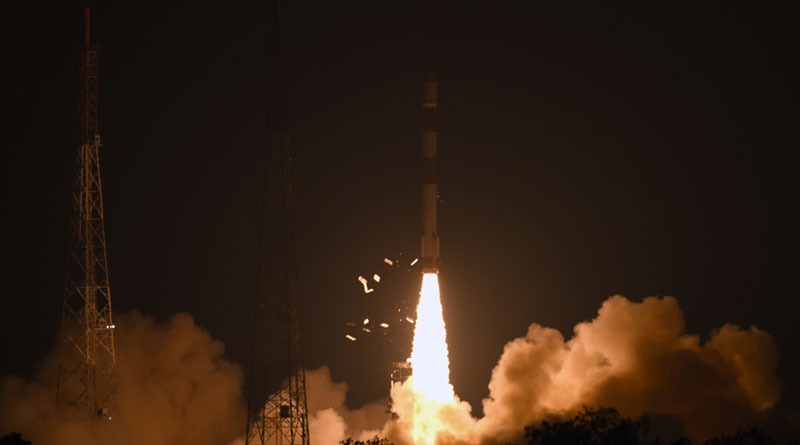 The satellite has a life span of five years and is equipped to undertake military surveillance, enhancing India’s defence capabilities to monitor the cross-border activities

Risat-2B, also a spy satellite, which has a life span of five years, is equipped to undertake military surveillance, enhancing India’s defence capabilities to monitor the cross-border activities. The satellite would also be employed for surveillance, agriculture, forestry and disaster management support.

This was the 72nd launch vehicle mission from SDSC SHAR, Sriharikota and 36th launch from the First Launch pad. Risat-2B is a radar imaging earth observation satellite weighing about 615 kg. The satellite is intended to provide services in the field of agriculture, forestry and disaster management.

ISRO chairman K Sivan congratulated the launch vehicle and satellite teams involved in the mission. “With this launch, PSLV lofts 50 tonnes to space by launching 354 satellites, including national, student and foreign satellites.”


Sivan also commended the efforts of the team involved in the realisation of the piggyback payload carried onboard this mission namely, Vikram processor and low cost MEMS based Inertial Navigation System (INS) developed by Semi-Conductor Laboratory (SCL), Chandigarh and ISRO Inertial Systems Unit, Thiruvananthapuram, respectively. “Risat-2B is an advanced Earth Observation satellite with an advanced technology of 3.6m radial rib antenna”, he added.

Risat-2 was the first satellite to be launched in the Risat series on 20 April 2009. Risat-1 launch was postponed because of the 2008 Mumbai terror attack, which necessitated the launch of Risat-2 for security purposes. Subsequently, ISRO launched Risat-1 on 26 April 2012, all the satellites had a five-year mission life.

ISRO is now gearing up for the launch of Chandrayaan-2 onboard GSLV MkIII during the window of 9 July to 16 July 2019, with an expected moon landing on 6 September 2019.