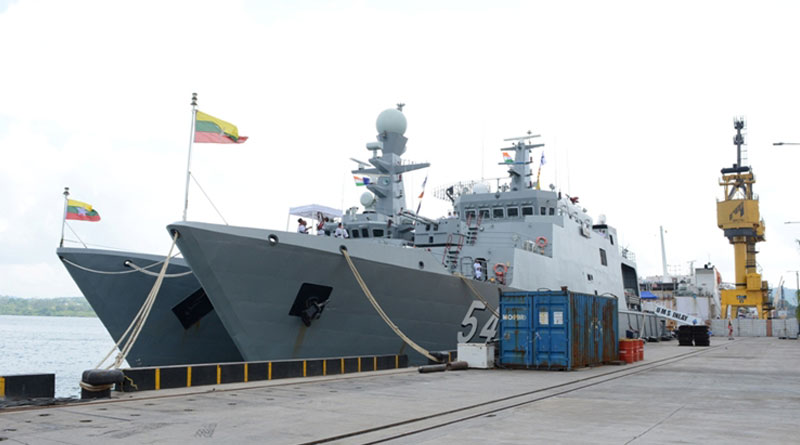 Myanmar Navy Ship UMS King TabinShweHtee (773) and UMS Inlay (OPV-54) arrived at Port Blair on May 20 for the ‘Opening Ceremony’ of the 8th Indo-Myanmar coordinated patrol (IMCOR), at Andaman and Nicobar Command.

The CORPAT initiative between the two navies is meant to address issues of terrorism, illegal fishing, drug trafficking, human trafficking, poaching and other illegal activities inimical to interest of both nations. Started in Mar 2013, the CORPAT series has enhanced the mutual understanding and fostered improved professional interaction between the two navies for maritime interoperability.


Myanmar ships UMS King TabinShweHtee and UMS Inlay will undertake a coordinated patrol with Indian Naval Ship Saryu from 20 – 28 May 19. The patrolling effort will be augmented by Maritime Patrol Aircraft from both the navies.

The ships are set to patrol along the International Maritime Boundary Line (IMBL) between the two countries covering a distance of approximately 725 Kms over a period of four days. The ships will also undertake joint manoeuvres and drills during the sea phase of coordinated patrol (CORPAT) prior ‘Closing Ceremony’ of the CORPAT onboard a Myanmar Naval Ship.