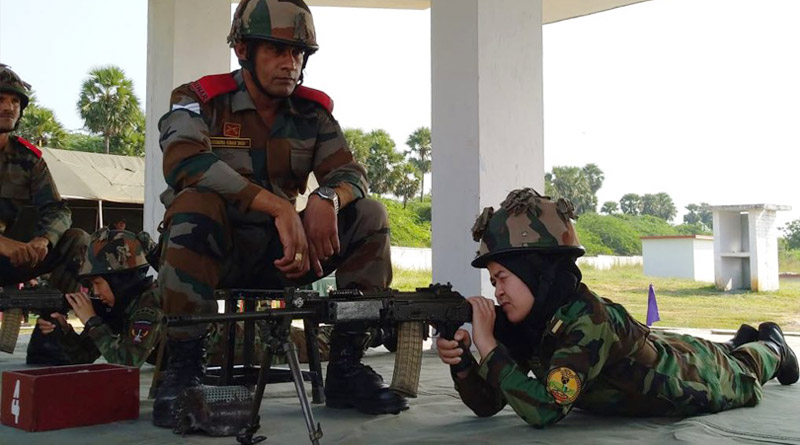 Their team was led by Afghan Lieutenant Monika Alamyar, who has been serving in the Afghan National Army (ANA) for the past 5 years and has trained over 400 young women officers enrolled in the ANA. The women selected for the training programme included officers from the Afghan Army, Air Force, and Police. Last year, 19 women officers from Afghanistan underwent 3 weeks of similar training at OTA Chennai.

Speaking to News Today, Zuhra said, “From a very young age I wanted to take to the skies. I am the fifth daughter in my family and I have always dreamed of becoming a fighter pilot.”

“This is a once-in-a-lifetime opportunity. We are all looking to make maximum use of the short duration of the stay here and learn as much as we can. We want to share what we learn here with all the women cadets of Afghanistan. I want to see more women in the Afghan army,” she added.