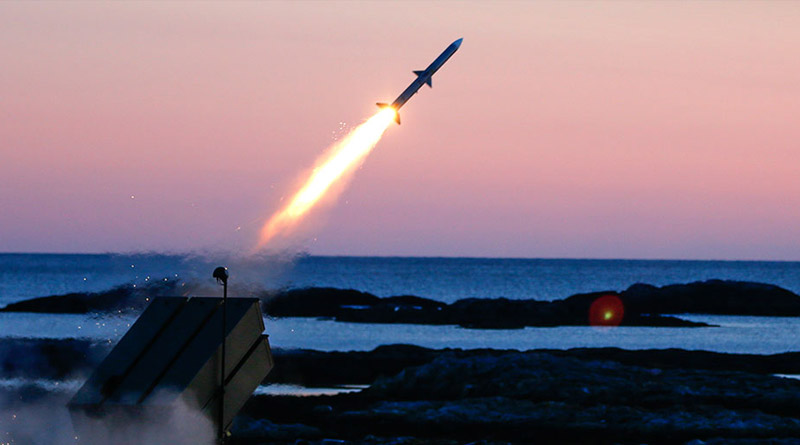 India is moving forward with plans of acquiring MH-60R helicopters, NASAMS II air defence system, and Predator B drones from the United States

Amidst the recent news of MoD’s efforts to fast-track the procurement of 24 MH-60 Romeo naval multi-role helicopters, defence minister Nirmala Sitharaman, is likely to discuss the procurements of Predator B drones and the National Advanced Surface to Air Missile System II (NASAMS II) with her American counterpart during a three-day bilateral visit to the United States in the first week of December 2018.


As reported by FORCE, the MoD issued a ‘Letter of Request’ (LOR) to the United States Department of Defence for 24 MH-60R helicopters on November 13. This followed from the issuance of an ‘Acceptance of Necessity’ (AON) for the same on August 25, which came days before the strategic ‘2+2’ dialogue between India and the United States. The Rs 13,500 crore deal for acquiring 24 MH-60Rs is a government to government deal being executed under the Foreign Military Sales (FMS) route and is expected to be inked within a year. The Lockheed Martin-Sikorsky MH-60R, an anti-ship anti-submarine multi-role helicopter, is supposed to replace the ageing Sea King and Kamov-28 fleet. The MH-60Rs will be a crucial procurement for the Indian Navy since the current inventory of Anti-Submarine Warfare capable helicopters is virtually negligible with only a handful of helicopters functional, and Indian naval ships making sorties into the Indian Ocean Region (IOR) without the much-needed air support of such anti-ship anti-submarine capable NMRHs. The induction of these heavy-duty choppers, expected around 2020-2024, will definitely come as a shot in the arm for the Indian Navy.

The defence minister is likely to discuss the acquisition of MQ-9A/Predator B drones during her visit in December, now that the United States has green-lighted the sale of the weaponised platforms to India. The United States had earlier agreed to sell 22 unarmed Sea Guardian (unarmed variants of MQ-9A) drones to India. but the government decided it would rather procure armed drones that can not only detect and track, but also engage targets. The Predator B long-range unmanned combat aerial vehicle (UCAV) is a highly potent air asset, as it can perform multi-mission intelligence, surveillance, reconnaissance and hunter-killer missions over land and sea from a height of 50,000 feet. Boasting an endurance of over 27 hours and speed of 240 knots, the drone can either be deployed by C-130 J Hercules aircraft or self-propelled. The Predator carries Hellfire missile, laser-guided bombs and precision-guided ammunition. The acquisition and induction of the same could be a game-changer for India, as it would be the first UCAV to join the military’s inventory.

The Defence Acquisition Council (DAC) issued an AON for the acquisition of the NASAMS II air defence system in late July 2018. The discussions for the same might also be on the agenda for the upcoming bilateral visit. The government to government deal, worth USD 1 billion, will also be executed under the FMS route. Built by Norway’s Kongsberg Defence and Aerospace and the US’ Raytheon National, NASAMS II is a highly adaptable mid-range solution for any operational air defence requirement. The system is armed with the three-dimensional Sentinel radars, short and medium-range missiles, launchers, fire-distribution centres and command-and-control units to quickly detect, track and shoot down multiple airborne threats. NASAMS II will be deployed as a ‘missile-shield’ in the National Capital Region (NCR) to protect key locations from aerial threats. The defence minister is also likely re-pitch for a Presidential waiver on CAATSA (Countering America’s Adversaries through Sanctions Act), which seeks to prevent countries from buying Russian weapons or Iranian oil, for the acquisition of the S-400 missile defence system from Russia.