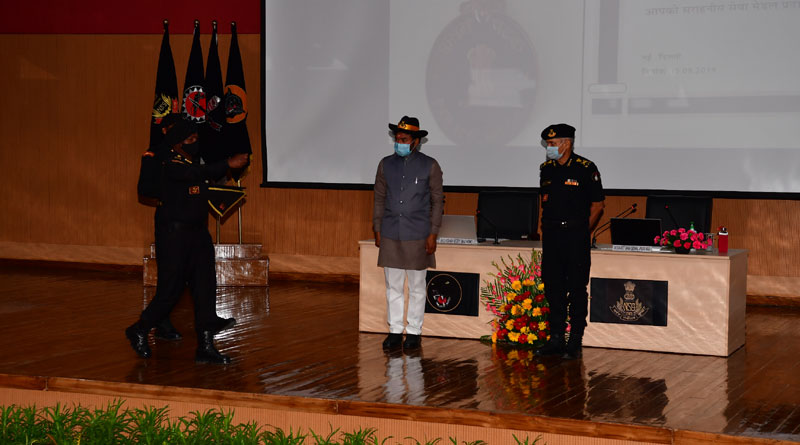 The 36th Raising Day of the National Security Guards (NSG), the elite contingency of the country was celebrated at Manesar. Union Minister of State for Home Affairs G Kishan Reddy was invited as the Chief Guest.

Surjeet Singh Deswal, IPS, Director General of National Security Guard welcomed and gave information to Reddy regarding the evolution of the NSG over the years and the achievements of the force on important fronts such as Counter Terrorism, Counter Hijacking and protection of highly threatened persons (HTPs) and capacity building of the State Police Forces.


A statement from NSG said that the DG stated that being a ‘world-class, zero-error force’, NSG has acquired latest weapons and equipment in order to ensure ‘professional excellence and effectiveness in field situations’. He assured everyone that the NSG will continue to train and be ready to perform any task assigned to it.

Reddy laid wreath at Shourya Sthal as a mark of the martyrs who have laid down their lives. He also released a book ‘Shaurya’ dedicated to the 19 martyrs of the NSG.

The minister presented Police Medals and Awards to NSG personnel on the occasion. While addressing the gathering he lauded the efforts of NSG’s ‘Mission Green Aravali’ to enhance green cover or Aravali Range wherein more than two lakh saplings were planted by the NSG commandos in the past few months. Addressing the distinguished audience, NSG personnel and their families, the minister congratulated the officers and the men for living up to its motto of ‘Sarvatra Sarvottam Suraksha’. He also assured government’s full support in strengthening the National Security Guard.