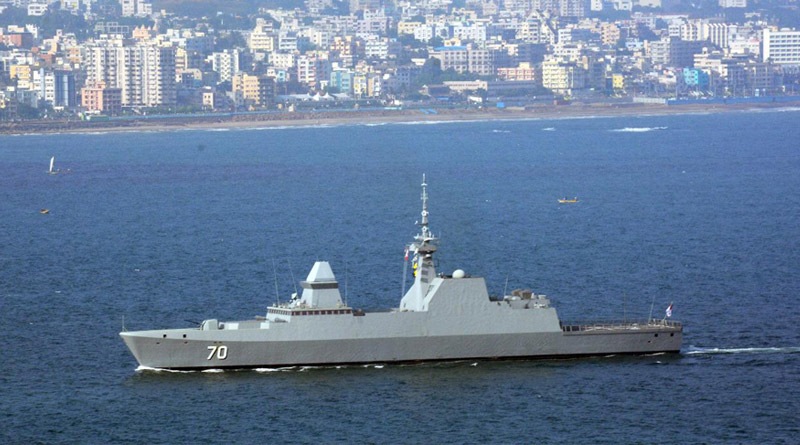 The ships of the Republic of Singapore Navy (RSN) arrived at Visakhapatnam on 16 November 2018 after an intense sea phase of Singapore-India Maritime Bilateral Exercise (SIMBEX) in the Andaman Sea and Bay of Bengal. The 25th edition of the SIMBEX saw unprecedented number of warships and strategic drills between the navies of the two nations, resulting in increased interoperability.

The ships, submarines and aircraft of India and Singapore undertook multi-dimensional exercises at sea with a high degree of complexity and joint combat drills in an extended geography. The exercises have now entered the second harbour phase at Visakhapatnam, home to the Eastern Naval Command (ENC) of the Indian Navy, after concluding the initial harbour phase at Port Blair. The exercises this year are being conducted in four phases, two each in harbour at Port Blair and Visakhapatnam and two sea phases in the Bay of Bengal.


With an unprecedented number of weapon firings at sea, over a dozen ships and submarines took part in the first phase of the SIMBEX. The two navies will now begin the harbour activities at Visakhapatnam before the intensive second phase kicks off.

In addition to the number of operational conferences towards planning and preparing for the final sea phase scheduled from 19 to 21 November, friendly volleyball and basketball matches would also be played between the two navies. The sporting activity will witness the participation of personnel from RSN in the Vizag-Navy Marathon on 18 November off RK Beach. This will be a significant occasion in the state of Andhra Pradesh and Visakhapatnam’s largest community event with participants from armed forces, corporate sector, government sector, educational institutions including international participants. The activities will be followed by the personnel from the RSN participating in the 10K Friendship Run.

The naval chiefs from both the nations will be witnessing the historic silver jubilee of SIMBEX. The Chief of the Naval Staff of the Indian Navy, Adm. Sunil Lanba, would host the Chief of Navy of the RSN, Rear Admiral Lew Chuen Hong, at the SIMBEX silver jubilee dinner on 18 November. In a symbol of growing trust and comfort levels between the two navies, the event will witness unveiling of the SIMBEX logo, and release of commemorative Indian special postage cover and Singaporean postage stamp.

The high intensity final sea phase of the exercises, scheduled to commence on 19 November, will be marked by the presence of defence ministers of both India and Singapore, a first for the bilateral exercise.