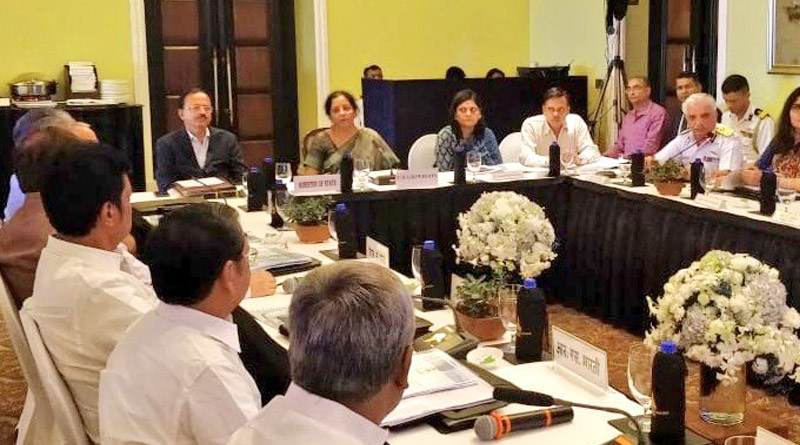 The defence minister and her delegation were briefed about India’s coastal security mechanism and preparedness of coast guard to tackle maritime emergencies. Coast guard’s initiative of making fishermen its ‘Eyes and Ears’ was appreciated by the consultative committee.


Sitharaman reiterated that the ICG discharges a silent but invaluable service to the nation and lauded the efforts of all personnel of coast guard for its multiple successful search and rescue missions, humanitarian aid, assistance to fishermen and increased surveillance capability.

The defence minister also laid emphasis on modernization of the ICG. She pointed out that ‘Definitive Action Program 2017 – 22’ envisages acquisition of 43 ships, 20 aircraft and other infrastructure for the ICG.

Sitharaman appreciated the coast guard for successfully implementing minister’s directions on use of local language speaking personnel onboard the ships and aircraft to alert the fishermen during emergencies and rescue operations.

At the end of her speech, Sitharaman declared that the next meeting of the consultative committee will be on ordnance depots.