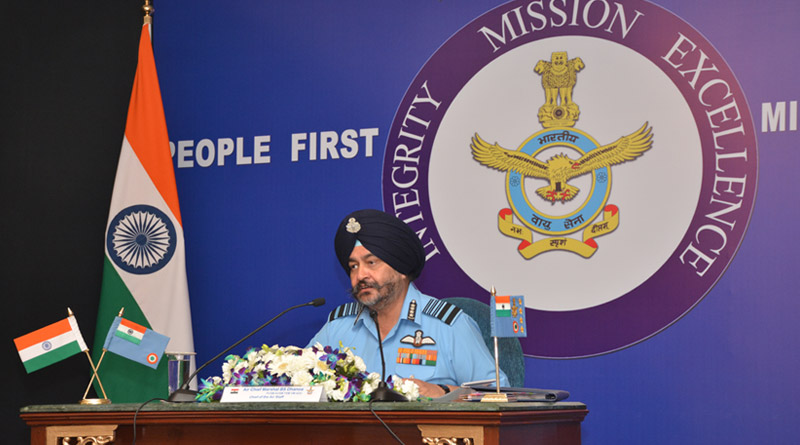 Chief of Air Staff, Air Chief Marshal B. S. Dhanoa said for joint planning, all the three services would have to follow a systematic approach that allows for an efficient response to possible national security threats

In a recent interview with PTI, Chief of Air Staff, Air Chief Marshal B. S. Dhanoa stressed the need for an institutional structure for joint planning among the three services of the military. He said that such a structure would allow India to win future wars in the ‘shortest possible’ time. Explaining the same, he said all the three services would have to follow a systematic approach that allows for an efficient response to possible national security threats. He asserted that the IAF strongly stands for ‘jointness’.

“No single service can win the war solely on its own inherent organic capabilities given the variety of threats which nations are capable of inflicting upon each other. Thus it is imperative that the three services promote joint planning and exploit the strengths of sister services to help win a war in the shortest possible time. India by itself is one theatre,” he said.


This follows from past deliberations within the government and the three services on whether setting up integrated theatre commands is viable. An integrated theatre command is an approach wherein all the manpower and assets of the three services are under the command of one officer. Several western countries including the United States follow this model. While there hasn’t been a clear indication from the government on whether it is serious about setting up integrated theatre commands, in April this year, a Defence Planning Committee (DPC) was formed. Headed by the National Security Advisor (NSA), Ajit Doval, DPC was tasked with preparing a national security strategy which focuses on the convergence among the three services. At present, India has 17 single-service commands. The country’s only tri-services command, Andaman and Nicobar Command (ANC) was set up in 2001 in the strategically located islands.

“What we require is an institutionalised structure for joint planning. Incidentally, IAF is the only service that deputes senior officers who serve alongside principal fighting formations of the other two services so as to improve and enhance their combat potential in achieving desired outcomes,” said Air Chief Marshal Dhanoa.