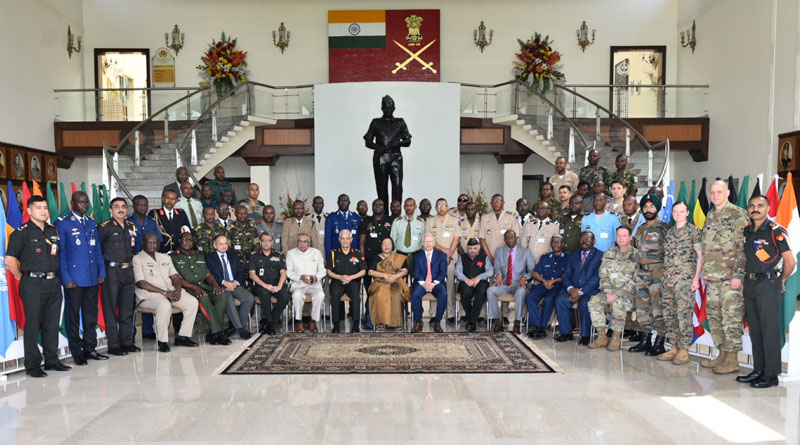 The Inaugural Session for this course was conducted on May 7 at the Manekshaw Centre. Secretary (West), Ministry of External Affairs Ruchi Ghanashyam chaired the Inaugural Session and welcomed the officers while briefing the audience on the commitment of India towards the UN. Other eminent speakers to speak on the occasion included Director General Staff Duties Lt Gen Ajae Kumar Sharma, and US Ambassador to India Kenneth Juster.

The course is aimed to build and enhance the capacity of the African Troop Contributing Countries to the UN and to further train the trainers from these countries. The course, which revolves around the concept of training the trainers, as stated by the UN, is one of the many steps that India has initiated towards active contribution to peace support activities. The students include officers who are currently employed in their respective peacekeeping training centres in African peacekeeping training institutions. The first two editions of the course were conducted in English which limited the participation to English speaking African Countries only. In order to widen the participation base & include francophone countries, UNPCAP-03 has been planned to be conducted in both English as well as French by using the facility of simultaneous interpretation.

The training incorporates topics on operational and logistical matters, humanitarian issues, thematic topics, blackboard and table top exercises, mission briefs and would be conducted by a rich pool of seasoned instructors from India, US as well as the alumni instructors from Africa who have attended the previous edition of this course.

One thought on “Third Edition OF UNPCAP Takes Off”