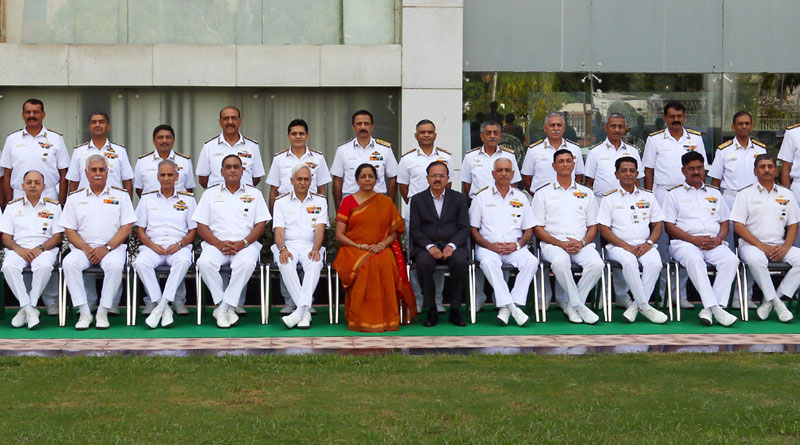 The four-day bi-annual Naval Commanders’ Conference wherein Indian Navy will review its new Mission-Based Deployments philosophy aimed at ensuring peace and stability in the region began in New Delhi on May 8.

The new deployment philosophy which, according to a defence statement, is in furtherance of the Prime Minister Narendra Modi’s vision of Security and Growth for All in the Region (SAGAR) aims at sustained, peaceful and responsive presence of Indian Naval ships in critical areas and choke points.

“The Navy’s focus over the past year has been on combat efficiency and materiel readiness, and upkeep of its large fleet of 131 ships and submarines. Various measures taken to improve combat efficiency, including the new transition cycle for ships for transition from maintenance periods through a training phase and thereon to full scale operations will be examined at the conference,” the statement said.

The Commanders attending the conference are also said to deliberate on the optimal utilisation of the Navy’s share of the defence budget through prioritising capital acquisitions and modernisation plans to bridge critical capability gaps.

The conference will conclude on May 11.