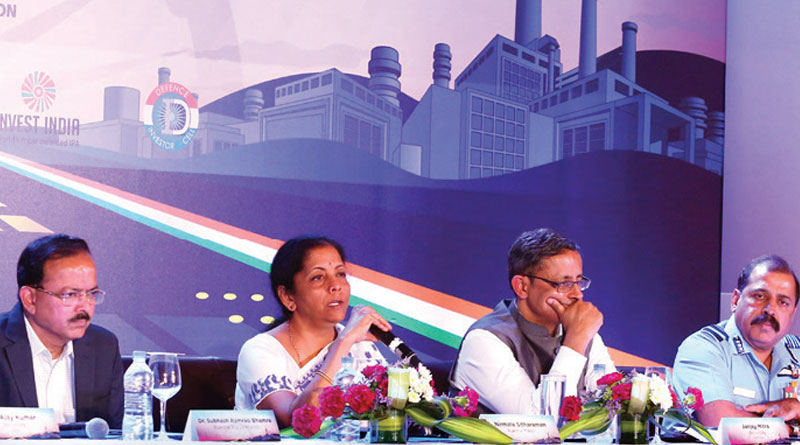 Defence minister Nirmala Sitharaman, expressing the country’s collective disappointment and angst over the brazen Pulwama attack, said on February 19 that the Pulwama tragedy has not affected the morale of the armed forces. She said that the overwhelming public and media response has, in fact, bolstered the morale of the forces and they are ‘ready to do their job’.

Addressing the media at a press conference on the eve of Aero India 2019, Sitharaman asserted that the government and the armed forces will take every possible measure to ensure no such incident takes place in the future.


Reacting to Pakistan Prime Minister Imran Khan’s recent remarks asking for ‘actionable intelligence’ from India for acting against the perpetrators of the Pulwama attack, the defence minister said that India had been providing dossiers and evidence to Pakistan after the 2008 Mumbai attacks, but no action had been taken. “What action has Pakistan taken on them?” she asked.

“In India, following due process of law, courts have been approached and Mumbai attackers have been given due process and been punished too. In Pakistan, not even the first court is doing its job. There is nothing for Pakistan to show,” she said.

In response to a question on the unfortunate mid-air collision of Surya Kiran aircraft at Yelahanka airbase earlier in the day, the defence minister insisted that she would comment only after she gets the court of inquiry report on the mishap.

When asked about how the government is planning to respond to Pulwama, she said, “I would not want to say how our government is going to respond to this as no word is sufficient enough to assuage the anger and disappointment of every person of the country. The Prime Minister has already said that forces have been given freedom to respond at any given time and as they see fit,” she stressed.

Responding to a question on defence budget allocations reportedly falling short of procurement requirements, Sitharaman said that the government would do whatever is needed to be done. “Post-election, we will take a call,” she added.

On the multitude of defence deals that were signed or were ready to be signed with Russia with the risk of possible US sanctions, defence secretary Sanjay Mitra said, “We have developed a modus operandi with the ministry of external affairs. And it is going on for present and future projects.”