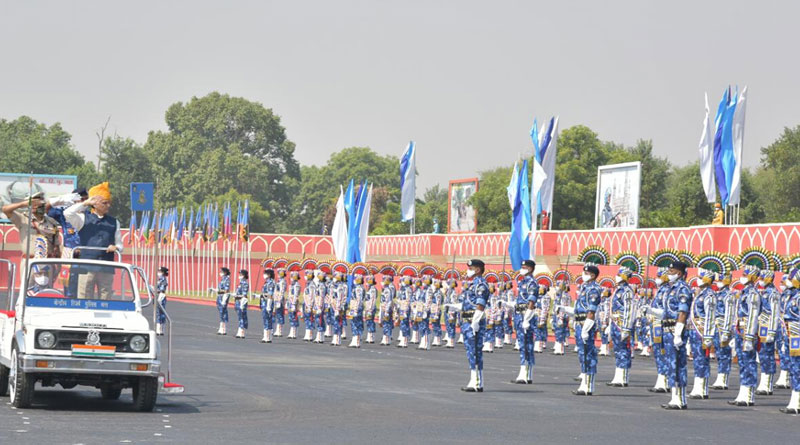 “Raised in 1992 as a specialised force to deal with riots and situations relating to public order, the RAF has created a distinct reputation owing to its courage, commitment, and professional efficacy for itself,” a statement from CRPF said.

“The RAF clad in blue camouflage uniforms have become a symbol of effectiveness and ‘Serving humanity with sensitive policing’- the motto of RAF. To mark the momentous occasion of completion of 28 years in the service of the nation, a parade was conducted at the CRPF Academy, Gurugram,” the statement from the CRPF said. The parade was followed by a signature rifle drill performed by Mahlia Warriors of the Force.


Minister for State for Home Affairs Nityanand Rai was present the occasion as Chief Guest. In his address, the Minister congratulated all the force personnel for their contribution in containing Delhi riots and humanitarian work undertaken across the country. He also appreciated the force for its exemplary work in the United Nations missions.

“Assuring that the RAF will continue to serve the nation with commitment and courage Dr. A. P. Maheshwari, DG CRPF underscored that as the miscreants are gradually shifting towards cyberspace and social media to create discontent and disturbance in the society, the force has equipped itself to deal with these challenges,” further added the CRPF statement.

On the occasion the RAF Song was released by the Chief Guest. Penned by Meheboob Alam Kotwaal, the song is composed by Ranjit Barot and is sung by the playback singer Shaan.

The events were conducted with adherence to security protocols and directions issued by the Government to fight the COVID-19 pandemic.