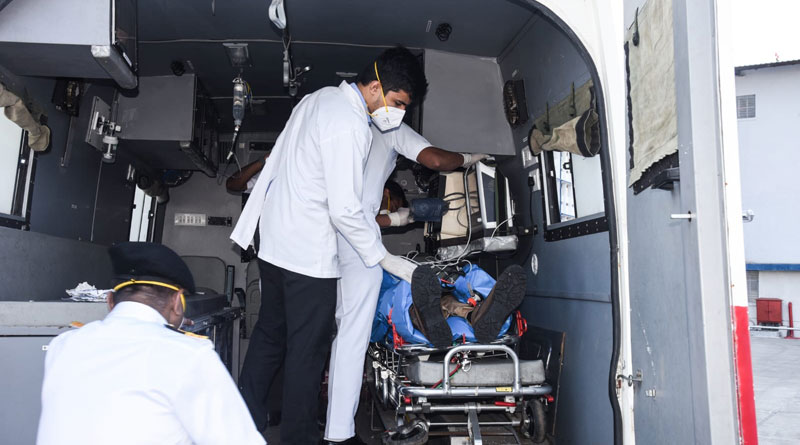 Based on a request of the German Embassy, the patient was landed at INS Shikra by a ship-borne Super Lynx helicopter. The air evacuation from German Naval Ship Bayern located about 275 km from Mumbai was coordinated by the Western Naval Command.

On arrival at the naval hospital, INHS Asvini, he was attended to by a multidisciplinary team of specialist doctors and underwent several tests. The patient is stable and is under observation.