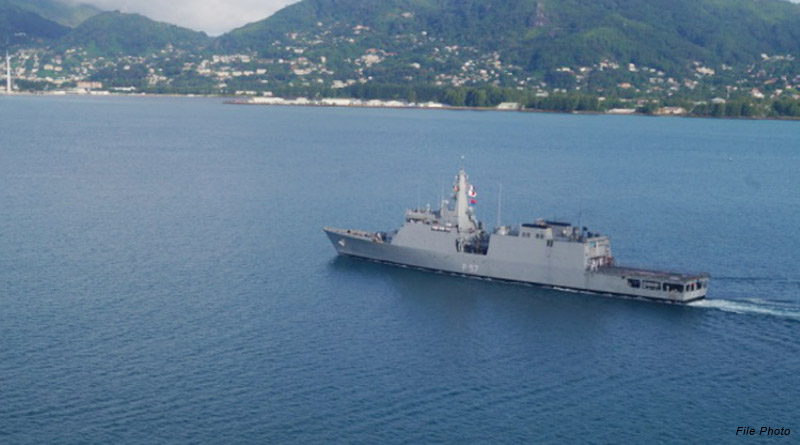 INS Sunayna, on November 9, detected and seized arms and ammunition from a number of ‘suspicious’ boats. The anti-piracy operation was carried out approximately 400 nautical miles northeast of Mogadishu off the Somali coast. Upon investigation of the boats, 2 high calibre AK-47 and AKM rifles, ammunition, magazines, grapnels used for boarding ships, oil drums etc were found. The boats being searched had no fishing gear/equipment present onboard. The boats and crew were released post interrogation and confiscation of the piracy triggers including the arms and ammunition to prevent their illegal use by the crew for piracy-related activities. The ship had been deployed for anti-piracy patrol in the Gulf of Aden since October 6.


INS Sunayna, the second Saryu-class patrol vessel of the Indian Navy, was designed and constructed indigenously by the Goa Shipyard Limited (GSL). It is primarily designed to undertake offshore patrolling and ocean surveillance. The ship has been permanently deployed in the area encompassing the Bab-el-Mandeb, the Gulf of Aden and off the coast of Somalia as part of the Indian Navy’s efforts towards upholding its commitment of addressing maritime security issues in the Indian Ocean Region (IOR). In June 2018, INS Sunayna was deployed to Yemen’s Socotra Island as part of “Operation Nistar”, an HADR (Humanitarian and Disaster Relief) mission to evacuate around 38 stranded Indian nationals in/around Socotra, after a cyclone hit the area.