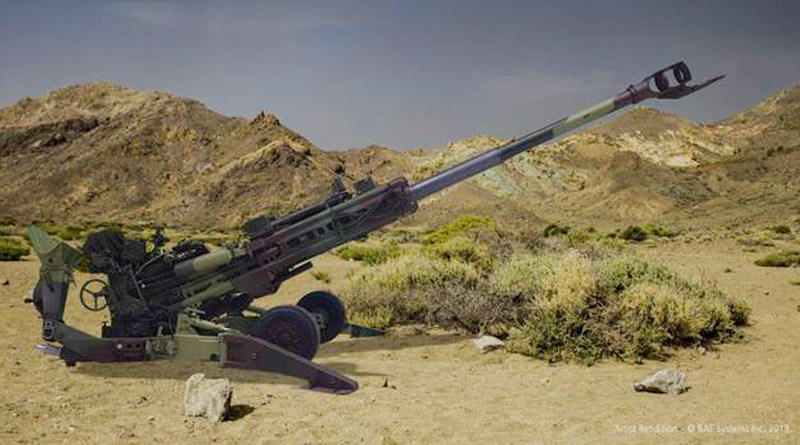 The gun systems were accepted earlier this year, as part of an agreement between the US and Indian governments

After being inducted by defence minister, Nirmala Sitharaman, on 9 November, the Indian Army celebrated receiving its first M777 A2 Ultra Lightweight Howitzers (ULH) at an official handover ceremony on 12 November 2018. The 155mm M777 systems will deploy to their first regiment in 2019. The gun systems, produced by BAE Systems, were accepted earlier this year, as part of a 145-gun agreement between the US and Indian governments.

The M777 A2 Ultra-Light Howitzer is a towed artillery gun system that is substantially lighter than the existing 155 FH 77B Bofors guns and meets the current operational requirements of the borders in mountainous terrains, particularly in Arunachal Pradesh, Sikkim and Central Sector.

“The M777 ULH is more than a very effective piece of artillery technology,” said Nik Khanna, managing director India, BAE Systems. “With the M777 program, BAE Systems has made the first step of our substantive Make-in-India commitment, which includes our pledge to develop a network of Indian suppliers for our global supply chain and deepen our relationship with industry in India. We are committed to a strong and collaborative working relationship between BAE Systems, the Indian Armed Forces and Indian industry.”


BAE Systems is building and delivering the first 25 M777 ULHs fully assembled, with the remaining 120 to be assembled in India by Mahindra Defence Systems Ltd. (MDSL) under an arrangement designed to support defence industrial cooperation and promote local economic growth.

The US government recently certified that MDSL is ready to carry out the work at a purpose-built production facility created for this program to conduct the in-country assembly and integration of 120 of the 145 gun systems on order. The newly-handed over M777 ULHs were instrumental in establishing the new MDSL capability in India. The Mahindra team finalised these weapons by replicating the proven manufacturing processes to the highest of quality specifications, including modifications specifically tailored for the Indian artillery, such as a unique camouflage paint scheme.