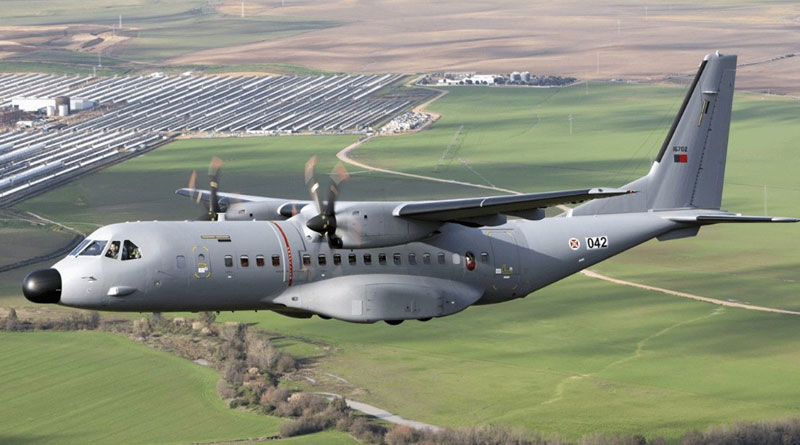 The Defence Ministry said in a statement that the first 16 of these aircraft will be delivered in flyaway condition from Spain, within 48 months of the contract being signed. Remaining 40 will be manufactured in India by a consortium led by the Tata Group over 10 years of the signing of the contract.

This is the first project of its kind in which a military aircraft will be manufactured in India by a private company. All fifty-six aircraft will be installed with indigenous Electronic Warfare Suite.

C-295MW is a transport aircraft of 5-10 tonne capacity with contemporary technology that will replace the ageing British-origin twin-engine turboprop Avro aircraft of the IAF. The aircraft has a rear ramp door for quick reaction and para-dropping of troops and cargo.

The Defence Ministry called it a “unique initiative to strengthen indigenous capabilities”.

The ministry stated that it will buy the transport aircraft from Airbus Defence and Space S.A., Spain. The deal has been in the making for nearly a decade now.

An Airbus spokesperson said, “Airbus welcomes the decision of the Cabinet Committee on Security on the procurement of 56 C-295 aircraft and looks forward to signing and executing the contract jointly with the Tata Group.”

The Defence Ministry said in their statement that a large number of detail parts, sub-assemblies and major component assemblies of aero structure are scheduled to be manufactured in India, and that the project would act as a catalyst in employment generation in the aerospace ecosystem of the country and is expected to generate 600 highly skilled jobs directly, over 3000 indirect jobs and an additional 3000 medium skill employment opportunities with more than 42.5 lakh man hours of work within the aerospace and defence sector of India.