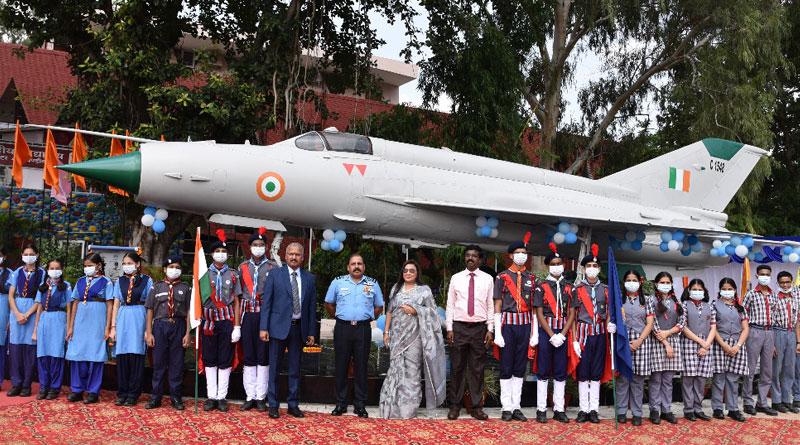 CAS reviewed the ongoing capability enhancement and infrastructure upgradation initiatives in the station. He appreciated the role played by personnel there in accomplishing the heavy lift and air maintenance tasks in general and undertaking rapid air mobilisation during the Eastern Ladakh contingency.

The CAS also visited Kendriya Vidyalaya (KV), Sector 47, Chandigarh as a mark of gratitude for his alma-mater and teachers to commemorate Teacher’s Day. He acknowledged the pivotal role that his teachers had played during those formative years and conveyed his best wishes to the school and Kendriya Vidyalaya Sangathan. Earlier in the day, he addressed principals of 130 Air Force Schools across the country through a virtual mode.