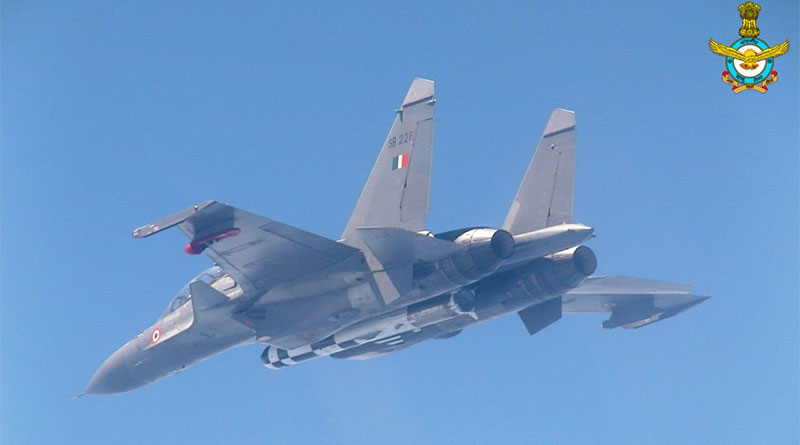 The Extended Range (ER) version of BrahMos supersonic cruise missile was successfully test-fired for the first time from a Su-30MKI fighter on May 12.

The ER version of BrahMos has been tested several times from warships including from the recently commissioned stealth-guided missile destroyer INS Visakhapatnam.

“The launch from the aircraft was as planned and the missile achieved a direct hit on the designated target in the Bay of Bengal region,” the IAF said.

It added that the ER capability of the missile coupled with the high performance of the Su-30MKI aircraft gave the IAF a strategic reach that would allow it to dominate future battlefields. The missile can be launched from land, sea, sub-sea, and air against the surface and sea-based targets and has been long inducted by the Indian armed forces.

BrahMos is a joint venture between DRDO and Russia’s NPO Mashinostroyeniya.