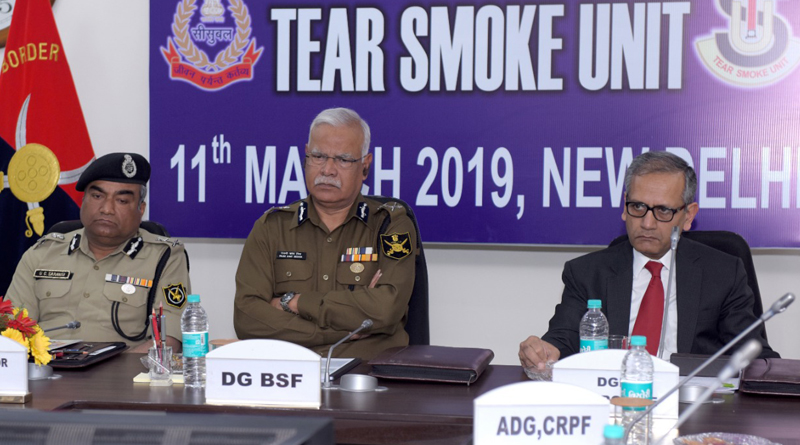 Mishra pointed out that TSU being part of BSF, has effectively been producing and supplying anti-riot tear smoke munitions to all police forces in India for managing law-and-order situation. He also complimented TSU for ensuring highest standards of quality, timely production, and introduction of new products thereby, meeting the needs of police in local area specifically law-and-order management.

The governing body meeting of TSU was held at BSF headquarters, New Delhi on 11 March 2019 under the chairmanship of Rajni Kant Mishra. The meeting was attended by board of governors from BPR&D, CRPF, MHA, Delhi Police, State Police, Ordnance Factories Board and ministry of finance. IPS, IG (Provisioning) BSF, Rajesh Nirwan, welcomed the delegates and DIG/general manager TSU, Edwin John Bennet, presented the annual report highlighting the achievements of the unit and the future plans.


TSU is producing non-lethal munitions matching global standards and caters to the full requirement of all state police and armed forces of the country. Its products broadly include lachrymatory munitions, flash-bang munitions, impact munitions and customised munitions for special operations. TSU has also designed and developed 38 mm & 40 mm training munitions for use in imparting training in training centres, and it’s now in in the process of automating the production process and introducing new variants of lachrymatory munitions.

Currently, TSU is working on four different combination chemicals for introducing in lachrymatory munitions which will be a potential force-multiplier to the security forces in law-and-order management.

The governing body appreciated the TSU and its team for this exemplary role in timely meeting requirement of the forces. Timely and effective utilisation of the TSU munitions have saved valuable human lives and crores worth public assets. The meeting emphasised on the need for more bio-safe, non-lethal indigenous products complying with international standards suitable for the changing security scenario.