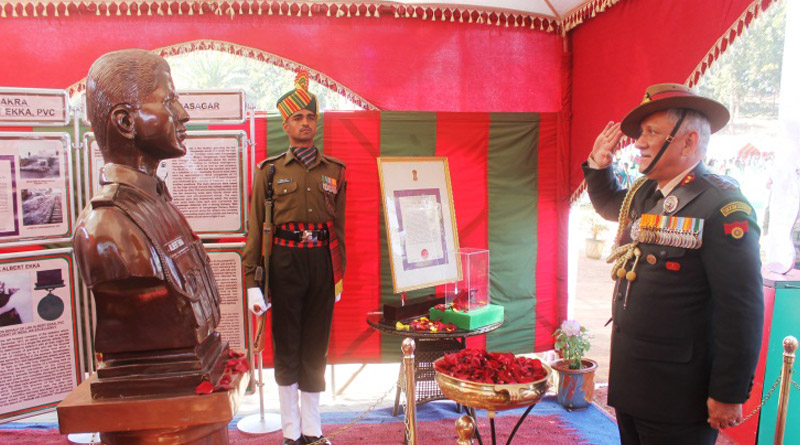 Chief of Army Staff General Bipin Rawat along with other top army brass visited Chainpur in Gumla district, Jharkhand on January 4. Addressing a gathering of servicemen in Chainpur, General Rawat commended the service of youth from Jharkhand and said that the soldiers of the State have made the country proud with their valour and perseverance. General Rawat’s visit was followed by an ex-servicemen rally at the Barway Ground wherein the army paid homage to Lance Naik Albert Ekka, who was posthumously awarded the Param Vir Chakra for his bravery and sacrifice during the 1971 Indo-Pak war. On the occasion, the COAS also felicitated ex-servicemen and their families for the highest military sacrifice in the service of the country and the army.


A mega medical camp was also organized by the Army and civil administration for the ex-Servicemen and local villagers at the venue. The ex-servicemen also got an opportunity to address their pension related anomalies through Grievances Redressal Cells established at the rally site.